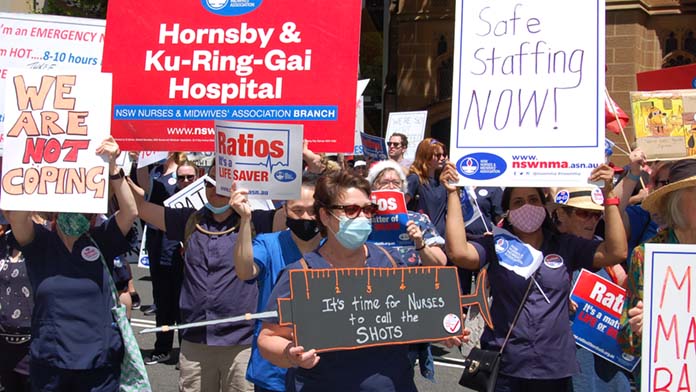 There is plenty of good news for socialists and the left. It shows broad support for left-wing ideas.

Since the 1980s there has been a significant increase in the number of people who support access to abortion, more economic opportunities for women, land rights for Indigenous people, and a sharp decline in those who support a harsher approach to crime.

Those who think marijuana should be decriminalised have grown from 34 to 48 per cent just since 2013.

Support for social spending has risen significantly. A majority of people think big business has too much power, and there has been a sharp decline in support for anti-union laws.

Majority opinion is with social democratic policies and is largely to the left of Labor. One exception is that support for increased defence spending is up from 29 to 41 per cent since 2019.

Following three years of climate disasters there has been a significant increase in concern over climate change. In 2019 and 2022, 10 per cent mentioned climate as the most important election issue, compared to 4 per cent in 2013 and 2016. A large majority now see climate change as being either “extremely important” or “quite important”.

However, despite a popular mandate for progressive change, both major parties remain committed to a right-wing, neoliberal agenda. This is leading to a collapse in support for the major parties.

The 2022 election saw the lowest vote for the major parties since 1930, with a combined primary vote of just 68.3 per cent. The Liberals fared the worst, winning their lowest seat share since 1946—the first election they ran in. Yet Labor also received their lowest primary vote since the 1930s.

This is part of a longer term decline in the support base of both parties. The AES states:

“In the 1960s and 1970s, roughly eight out of every 10 voters considered themselves to be a partisan of one or other major party.

“That figure has declined consistently since then, and in 2022 just 58 percent considered themselves to be close to one or other of the major parties.”

After the 2019 election, Labor shifted even further to the right, adopting a small target for the 2022 election. The predictable result is a drop in the number of people who see significant differences between the major parties—28 per cent of voters in 2022 compared to 40 per cent in 2019.

The Greens and independents were the main beneficiaries of this. The Greens increased their seats in the House of Representatives from one to four.

But the fact that neither of the parties capable of forming government is interested in delivering change has produced increasing disillusionment with the political system as a whole.

However, one thing this shift to the left has not changed is union membership.

Union density continues to decline—now sitting at only 12.5 percent of employees. This comes after a nearly 2 per cent drop over the last two years—a loss of 76,000 members since August 2020.

This reflects the continuing low level of workers’ struggle.

We have seen this year that when unions do fight, they can grow. The strike campaign at Sydney Uni saw the NTEU branch there reach its biggest ever membership, growing by 12.5 per cent. After two NSW teachers’ strikes, 5000 teachers joined their union.

Strikes and mass struggle are the key to actually forcing change, not more left-wing MPs in parliament. It is involvement in struggle that can have a more decisive impact on teaching working class people that serious change is possible.

The widespread disillusionment and appetite for change needs to be turned into action. We should take heart from the AES report that there is a growing audience for left-wing ideas. It is solid ground on which activists in unions and social movements can build. These efforts can contribute to increasing the level of class struggle. It will take a much more generalised fightback to transform this into meaningful political change.

Last month tug boat operator Svitzer dramatically escalated its attack on its workforce, moving to lock them out indefinitely at 17 ports around the country.