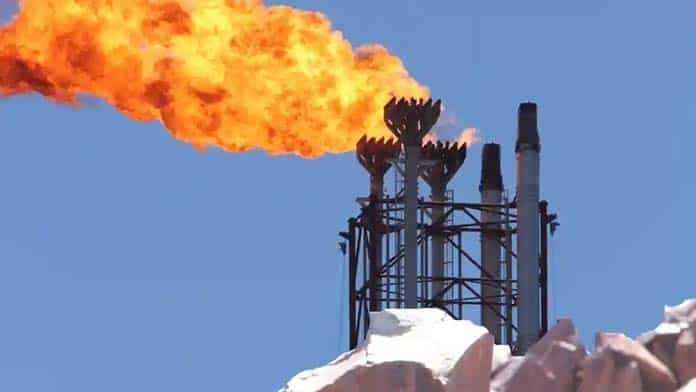 Despite their talk of climate action, the Labor government has approved two new offshore areas for Carbon Capture and Storage (CCS) projects. CCS is a failed idea pushed by the fossil fuel industry and Scott Morrison as a supposed climate solution.

Yet new Minister for Resources, Madeleine King, is backing it by claiming, “CCS is a safe, key proven technology that can support the petroleum sector in its low carbon transition.”

CCS is the process whereby carbon is captured before it enters the atmosphere and stored underground. CCS has been promoted by the oil and gas industry for decades as a supposed solution to massive greenhouse gas emissions.

It was also a favourite scheme of Scott Morrison and the Coalition government. In late 2021, the Morrison government announced $500 million for “low emissions technology” including CCS. This was a major plank of his farcical plan for net zero by 2050 which relied heavily on the hope of future “technology breakthroughs”.

In reality, it was a distraction to allow the continued expansion of fossil fuel projects—a fact made explicit when Morrison stated that his plan “will not shut down our coal or gas production or exports”.

Kevin Gallagher, the head of oil and gas company Santos, has consistently been one of the most vocal supporters of CCS, calling Australia a potential “carbon storage superpower”. Santos is the company behind the Narrabri Pilliga Gas Project, which would involve opening 850 coal-seam gas wells on Gomeroi land in northern NSW.

But the failures of CCS are on clear display. One of the world’s flagship CCS projects is at Chevron’s Gorgon LNG plant in Western Australia. The plant was approved by the WA government in 2006 on the condition that 80 per cent of CO2 released would be stored underground.

Continuous technical problems have meant that in the first five years of its operation, however, it managed to store only 32 per cent, releasing almost 7.5 million extra tonnes of carbon pollution.

Aside from drastically under-delivering, the Gorgon project has been hugely expensive. The injection of CO2 had cost $3.2 billion as of mid-2020, making it far too expensive to roll out the technology elsewhere on any large scale. The public failure of this flagship project shows that CCS is still no solution to the climate crisis at all.

These problems are not a one-off. CCS has been considered a magic solution by oil companies like Shell and Chevron for the past 20 years. The Global Carbon Capture and Storage Institute reports 29 CCS facilities active around the globe. However, numerous studies have rejected it.

One study in Environmental Research Letters concluded that “the record of CCS project development is overwhelmingly one of failure”, with at least 80 per cent of commercial projects failing—a key factor being lack of technological readiness.

Another recent Institute for Energy Economics and Financial Analysis paper examined 13 flagship projects worldwide, with author Bruce Robertson concluding “many projects have failed and continued to fail, with only a handful working”.

CCS is a scam designed to prolong the mining and use of fossil fuels. Installing renewable energy on a mass scale would be far cheaper and far better for the climate. Labor’s support for CCS is reflective of its continued loyalty to the fossil fuel industry.