Should we blow up pipelines? Civil disobedience, workers and the climate movement 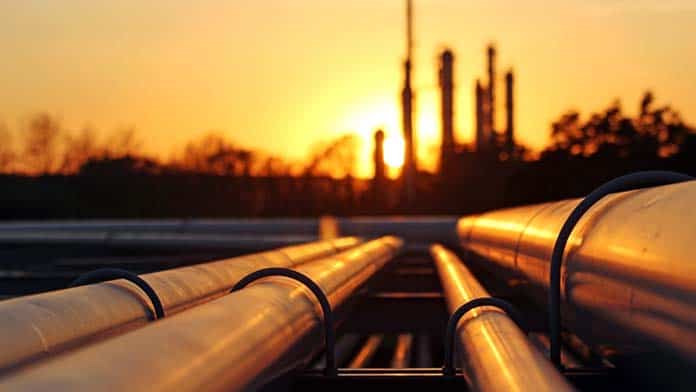 Andreas Malm’s provocative book How to Blow Up a Pipeline argues that the climate movement needs to escalate. But it is no help on how to do so, argues James Supple

In 1995 the first COP summit in Berlin saw world leaders gather to discuss what to do about climate change. Twenty-seven years on, total global emissions have risen by 55 per cent and are still climbing.

Our rulers have been “constitutionally incapable of responding to the catastrophe”, Andreas Malm points out in his new book How to Blow Up a Pipeline.

Malm is a leading radical voice in the climate movement and author of Fossil Capital, which traces how capitalists became addicted to fossil fuels during the industrial revolution. He has aroused enough anger from the rich and powerful to be banned recently from making a speech at the Academy of Fine Arts in Vienna.

Despite ever more terrifying warnings about the shrinking prospects of avoiding catastrophe—both from science and from the unprecedented floods and fires as far north as the Arctic—action continues at only at a snail’s pace.

And despite waves of protest, most recently through the global student strikes inspired by Greta Thunberg, the climate movement is still not powerful enough to force the action needed. So, Malm asks, how does the movement escalate?

This need has driven the emergence both of Extinction Rebellion (XR) and more recent groups like Fireproof Australia and Blockade Australia, who argue the movement needs to get more disruptive.

Similarly, in the UK a new group called Just Stop Oil has organised blockades of oil terminals and roads. Van Gogh’s Sunflowers and other famous paintings have been smeared with soup and mashed potatoes as activists adopt shock tactics in desperation at the failure on climate action.

The XR model, Malm says, is based on non-violent direct action, from blocking roads to actions at coal power stations, as the key to winning climate action. Their actions use a “civil resistance” model, which claims that non-violent action on a large enough scale can produce the political pressure and moral force to make governments give in.

Malm’s complaint is that the climate movement studiously avoids “anything that could be classified as violence”. Chief culprits, in his view, are XR and its founders in the UK, but also activists like Bill McKibben of climate NGO 350.org in the US, who have adopted pacifism as a principle.

XR was a great step forward in bringing thousands of people intro direct action protests. But, as Malm points out, some of its ideas are a barrier to the further growth of the movement, in particular its naivety about police.

XR’s founders claimed that police could be won over through moral appeals. “Rebels,” Malm writes, “are instructed to offer flowers to the police” and to “actively seek to get arrested”.

His book very effectively skewers the idea that pacifism and non-violent action like this alone can convince governments and the fossil fuel corporations to admit defeat.

He shows how even the movements that XR has cited as successful examples of non-violent resistance actually involved significant violence. The end of slavery in the Americas came through individual and collective acts of violent resistance by Black slaves themselves, a slave uprising and revolution in Haiti and the US civil war. The suffragettes in Britain smashed windows, torched letterboxes and planted bombs.

Gandhi, who insisted his followers remain non-violent, enlisted for the British in the Boer War and then enthusiastically recruited soldiers for the Empire in the First World War.

Nor is it true that Gandhi’s civil disobedience campaign was primarily responsible for winning Indian independence. The immediate period before independence saw a tidal wave of mass protests and riots, including the burning down of police stations. Military units staged mutinies against British authority, much to Gandhi’s horror.

So if violence has been an unavoidable part of winning radical change in the past, Malm asks, isn’t the scale of the climate emergency enough to justify targeted sabotage of fossil fuel installations? When, he asks, “do we start physically attacking the things that consume our planet and destroy them”.

But his argument is more a provocation than a serious proposal.

Malm is right to argue that pacifism and non-violence are not enough to win the sweeping social change needed to uproot fossil fuelled capitalism. But this is not because sabotage or violent actions are usually strategic or effective. It is because the rich and powerful will resort to violence through unleashing the police and the military against any mass movement that poses a threat to their wealth.

Socialists recognise the right of the oppressed to defend themselves against such violent assault from the powers that be—such as the Black activists in the US who organised self-defence against white racists during the civil rights movement of the 1960s.

We support the radicalism and militancy that was necessary to win Black civil rights in the US, the end of South African apartheid, national liberation and many other struggles.

The trouble is, for all his radicalism, Malm doesn’t really have an alternative to the tactics of civil disobedience. He ends the book with praise of the Climate Camp movement in Europe—a convergence protest where climate activists gather for several days of direct action protests aimed at disrupting coal mines or coal power stations.

Civil disobedience protests like this can play an important role in stepping up the pressure on fossil fuel corporations and the governments backing then, when they are on a larger, mass scale involving thousands of people.

Some of the early XR actions in Britain and Australia, before the pandemic pushed the climate movement off the streets, did involve thousands.

Just as importantly, they helped to bring more people into active involvement and contributed to strengthening the wider climate movement.

But the recent actions targeting art galleries and disrupting traffic have involved much smaller numbers of activists. This means taking part almost inevitably leads to arrest. And without a growing climate movement that could defend activists against police repression, such actions are likely to demoralise those involved and fritter out.

Sabotaging equipment at coal mines or oil companies is only a more militant version of this kind of direct action. Of necessity, it would have to involve very small groups of activists, with dedicated training and organised in secret.

Anyone involved in blowing up a pipeline would likely face jail time and repression on a level that would make the anti-protest laws of today seem mild.

The way forward for the movement is not through adopting more and more militant direct action tactics. This approach led directly to the emergence of a series of left-wing terrorist groups in the late 1970s, such as the Weather Underground in the US, who bombed government buildings and banks in a misguided effort to oppose US imperialism and the Vietnam War. This was a disaster and left those involved facing decades on the run from police.

Worse, those who look simply to either civil disobedience or terrorism to win change rely on an essentially reformist political strategy, one that looks to small numbers acting from the top down. On their own, such actions will never be enough to fundamentally transform society—at best they are part of simply pressuring existing governments and states over their demands.

Climate catastrophe and environmental destruction are hardwired into the capitalist system. Ending the threat to the planet requires more than action within the existing system.

Serious escalation has to involve action by the organised working class. Groups of hundreds or thousands of activists can usually shut down fossil fuel operations for only a few hours. But workers’ strike action has the potential power to shut down production across the whole of society.

Workers’ action has been a feature of some of the most powerful social movements in Australian history.

The high point of the movement against the Vietnam War were the Moratoriums, where unions took strike action to join giant marches. The NSW Builders Labourers Federation organised industrial action through Green Bans in the 1970s that saved parkland and working class communities from development. And industrial bans on transporting uranium played a key role in the movement against uranium mining.

Workers’ power at the point of production has also been central to the great revolutions and upheavals of the 20th and 21st century—from the French May 1968 events to Iran in 1979, Russia in 1917 and the Egyptian revolution of 2011.

The working class has the power not just to push existing governments and rulers to grant reforms but to revolutionise society through taking production and economic power out of the hands of the billionaires and putting them under democratic control. A socialist society run under workers’ power could take the kind of radical action on cutting carbon emissions on which capitalist governments have failed.

Australia is nowhere near this kind of revolutionary upheaval. But if the climate movement is to succeed it needs to draw in the power of unions and organised workers. That means seeking to broaden the movement to draw wider layers of unionists and the working class into action—both through mass protests as well as disruptive action.

And it means taking working class issues around climate change seriously—including jobs, a just transition for fossil fuel workers, power bills and the cost of living.

It is going to take a movement actively involving working class people in their millions to win the kind of the action we need—and challenge the capitalist system that stands in the way.