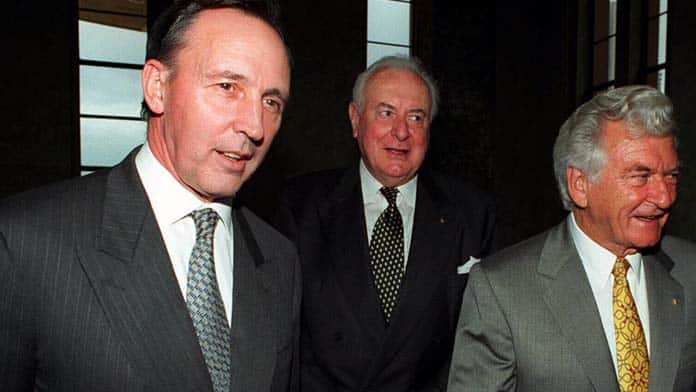 Jean Parker looks at why workers have different expectations of Labor governments, and why so many of them have ended up betraying their supporters

Labor’s relationship to the working class is fundamentally different from the Liberal Party.

The Liberal Party is an out-and-out party of the ruling class and they represent the interests of business, whereas the Labor Party since its formation in the 1890s has been the party of the trade union bureaucracy.

Even today 50 per cent of delegates at the Labour Party conference are union delegates. This means there is a formal organic relationship between the trade union leaders, and therefore between the organised working class, and the ALP.

If the Liberals win again it’s going to be disheartening for everybody who wants to see change.

Despite their small target strategy it is still the case that people who are hungry for social change will read their hopes onto a Labor government. There will be a big gap between those hopes and what Labor leader Anthony Albanese is actually going to deliver.

Albanese’s Labor are doing everything they can to indicate that they’re not going to make a difference with their small target, or no target, strategy.

The most recent example is that they’re not even going to review the rate of JobSeeker if they come into power. They don’t want to do anything that they feel the media and the Liberals can attack them over.

Aged care is one of the few areas where they have made some promises. Labor says it will address the horrific conditions inside aged care for residents, as well as the low pay for staff.

They have promised to fully fund whatever decision the Fair Work Commission makes on increasing workers’ wages, whereas the Liberals are saying they’re going to discuss with providers how to split the costs. Labor will also require a registered nurse 24/7 in aged care centres, as well as improving food and promising a minimum number of staffing hours per resident. But the non-wage component of that pledge is only $2.5 billion over four years.

At the same time, Labor is committed to keeping the third stage of Morrison’s tax cuts, coming in next year, which will see people who earn over $120,000 get a tax cut, costing $19 billion per year. That is money that could have gone to funding aged care, health, education, and climate action.

Albanese is not promising to stop climate change. He says he’s going to end the climate wars. Their policy got the tick of approval from the Business Council.

Albanese is promising to get rid of the ABCC watchdog on the construction union, but would leave in place the industrial relation system which John Howard created and which restricts the right to strike, with some of the worst laws in the developed world.

The program that Labor is running with in this election is not a traditional social democratic Labor program. Labor has never been a socialist party. It has always been deeply reformist and committed to capitalism.

But there has been a big shift in Labor due to its embrace of neo-liberalism since 1975.

Until 1975 Labor never had a small target in election campaigns. The party had a platform of full employment, they talked about the socialisation of the economy through slowly nationalising industries, and humanising capitalism.

They talked about extending union rights and building a welfare state that provided public housing and public education for all.

They didn’t look to ruling class newspapers for support because the Labor Party was a vibrant social movement connected to a union movement that had daily newspapers and hundreds of thousands of members with their own capacity to speak to people.

When Whitlam came to power in 1972, after 23 years of Coalition rule, he abolished university and TAFE fees, doubled school funding, and health funding went up 20 per cent.

These things were fought for and won in the streets and in the workplaces in the lead up to Whitlam’s election.

In 1970, 120,000 people went on strike in the Vietnam Moratorium against the war. There had been the heroic long-running Gurindji strike and the Tent Embassy on the lawns of Parliament House fighting for land rights.

In 1969 a general strike smashed the penal powers, similar to today’s fines and anti-strike laws, and unleashed workers’ industrial power. A high level of industrial action fed the social movements around women’s rights, Aboriginal rights and so on.

Whitlam was elected at the very end of the period of massive economic growth of the post-war boom.

But even before his election Whitlam said, “Our program particularly in education, welfare, hospitals, and cities, can only work successfully within a framework of strong uninterrupted growth. This requires… a growth rate of 6 to 7 per cent in each of the next three years. This is the real answer to the parrot cry, ‘Where’s the money coming from?’ Even at the present low rate of growth, Commonwealth income has nearly doubled in the last six years.”

This commitment to managing capitalism explains why there is also a long history of Labor attacking its own supporters. When there’s a boom and economic growth, Labor has been willing to fund reforms. But when capitalism goes into crisis, they abandon them.

A federal Labor government was elected just before the Great Depression began in 1929.

Labor voters were literally forced into starvation. It was an abject betrayal.

A similar thing happened to the Whitlam government in 1974 with the end of the long post-war boom. For the first time in 30 years, there was a serious economic crisis in Australia.

Whitlam did exactly what Scullin had done. He tried to wind back all his social programs and maintain business profits and economic growth.

Whitlam was scrambling to find a way to attack the working class and deal with the economic crisis. But that process was cut short by Whitlam’s dismissal. The Prime Minister was sacked in order to bring in a government that the ruling class hoped would restore profitability.

This saw the Liberals’ Malcolm Fraser elected. The ruling class looked to him to drive down wages. But Fraser couldn’t do it, because of the strength of the unions and the working class.

The ruling class realised that there was an impasse. So they turned to the Labour Party under Bob Hawke and Paul Keating to sell an attack on wages and the unions. Labor’s relationship to the working class means they are sometimes able to do this in a way that the Liberal Party cannot.

After Whitlam’s dismissal, Labor concluded he had gone “too far too fast”. They viewed reforms as impossible until the wages breakouts and inflation were dealt with.

The Accords emerged as an arrangement between the union movement and Labor. It was based on wage restraint in exchange for spending on social programs.

The strength of the unions had been based on delegate structures in the workplaces and the ability to take strike action. Because wage rises were now determined bureaucratically through negotiation with the government, these withered. When Hawke came to power 48 per cent of the workforce were union members. When Labor left office it was only 31 per cent.

Hawke and Keating reconstituted the Labor project and damaged Labor’s membership and support base. Yet for Labor leaders since, imitating them has been an item of faith.

Labor has moved a long way to the right, in the face of ongoing lower rates of business profitability and economic growth than in previous decades.

Kevin Rudd was in the same mould. When he was elected in the 2007 election he ran as a fiscal conservative.

But in that election there was also a strong union campaign around Your Rights at Work, rejecting the worst of the WorkChoices legislation that Howard had introduced. Mass union demonstrations helped generate a mood for change.

Rudd himself was strong on the symbolism of change. He signed the Kyoto treaty and described climate change as the moral challenge of our times. He apologised to the Stolen Generations, after Howard had refused to. But looking at the fine print, he was as supportive of what Hawke and Keating had done as anyone.

Albanese continues to rely on the same free market policies. But what we need in aged care and childcare is for the state to step in, kick out the private operators and nationalise the services to boost funding and improve working conditions.

Over climate change we need publicly-funded renewable energy. We need an expansion in the services that ordinary people rely on in the crises that we face.

The unions are not running any kind of campaign this time like Change the Rules at the last election in 2019. But there will still be a number of strikes in the lead up to election day.

There have been nurses’ strikes with a further teachers’ strike likely in NSW, strikes are planned at Sydney Uni, as well as another Climate Strike. We want Morrison to go out on the back of struggle—and to prepare people to organise the opposition on the streets that will be needed under Albanese as well.