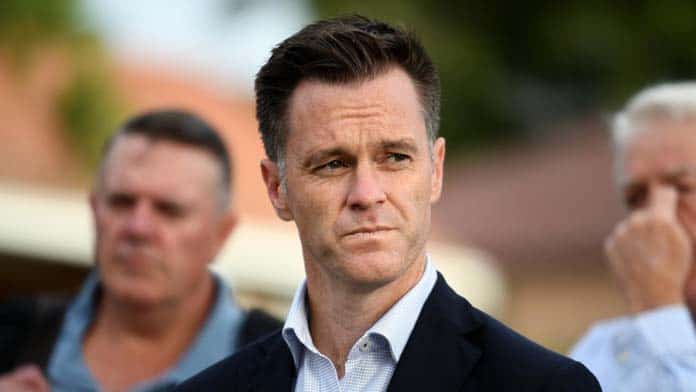 NSW Labor has installed a new leader, Chris Minns, following the resignation of Jodi McKay in the aftermath of its loss in the Upper Hunter by-election.

The party has been out of office for a decade due to a legacy of privatisation and the rundown of public services during its last period in power, as well as findings of multi-million dollar corruption against former ministers Eddie Obeid, Ian Macdonald and Joe Tripodi.

Recent polling put Labor on just 28 per cent of the primary vote, another five points down on its 2019 election defeat. Liberal Premier Gladys Berejiklian has been able to weather her own scandals including corruption by her former partner and MP Daryl Maguire.

Labor’s working class support has drained away after decades of backing neo-liberal policies that have left it hard to distinguish from the Liberals.

Minns’ takeover will mean a further drift to the right.

When he ran for leader in March 2019 against Jodi McKay, several left unions weighed in against him, with Steve Murphy from the Australian Manufacturing Workers Union declaring he had no confidence in Minns as a result of his views on “the role of the unions in the Labor Party, as well as his views on critical policy areas such as privatisation”.

In a further abandonment of working class politics, Minns has declared that “the people of Australia are ambitious” and that Labor shouldn’t be “antagonistic to that success”. This echoes the long-running right-wing obsession with so-called “aspirational votes” and the idea that a focus on inequality and redistribution will alienate Labor from voters.

During his last run for leader Minns had the support of the right-wing Australian Workers Union, the shopworkers’ SDA and the Health Services Union.

This time Labor Party head office swung behind him in an effort to prevent a months-long contest for the leadership.

Under party rules the leader is now elected through a party membership ballot, alongside a vote in the parliamentary caucus.

Michael Daley, who took the party to the 2019 state election, was pressured to withdraw from the race. His racist comments before the last state election that “Asians with PhDs” were “taking the jobs” of young Australians mean he is still viewed as an electoral liability.

Minns has promised to present new policies instead of simply criticising the Liberal state government, calling for an end to new road tolls and more regional manufacturing jobs.

Gladys Berejiklian’s government has had the benefit of running the state through the pandemic, pushing up her approval rating.

But the Liberals are continuing to attack public sector workers—despite their crucial role as frontline staff during the COVID crisis. Hundreds more jobs are being cut in TAFE.

Teachers, paramedics and nurses are all gearing up for industrial action against a pay rise cap of just 1.5 per cent.

Paramedics in NSW receive the lowest wages in the country and have been offered a pathetic 1.5 per cent pay rise after just a 0.3 per cent increase last year. They took industrial action through imposing bans on call outs for 24 hours on 9 June.

In early June around 500 nurses and midwives took stopwork action of between two hours and 24 hours across six regional hospitals at Belmont, Blue Mountains, Bowral, John Hunter, Shoalhaven, Springwood and Waratah, demanding a better pay rise, nurse to patient ratios and an end to understaffing. They have been offered just a 1.04 per cent pay increase.

Their union has vowed to continue their campaign despite orders from the Industrial Relations Commission (IRC) banning further industrial action.

Teachers have also staged protests outside schools over teacher shortages and the failure to fill empty positions in schools, leading to higher workloads for staff.

But since 35,000 public sector workers rallied just after the Liberal government was elected in 2011, unions have backed away from taking on the government through any industrial campaign.

This has allowed the Liberals to get away with privatising bus routes, power stations, hospitals and public housing, as well as cuts to public sector wage rises.

A concerted union fightback, in defiance of the inevitable bans on strike action from the IRC, are key to undermining the Liberals and forcing the funding increases needed across schools, hospitals and public services.