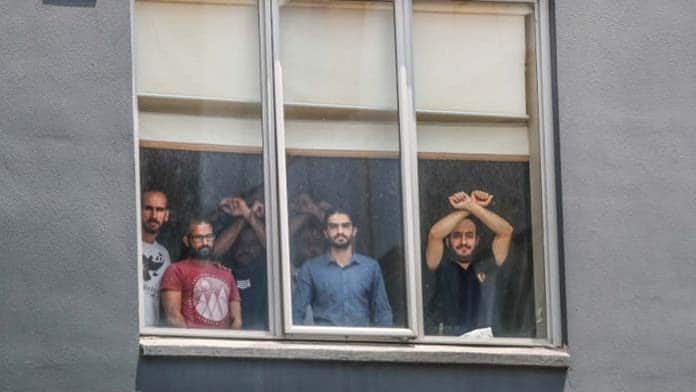 On 4 December last year, the Morrison government, with the disgraceful support of Tasmanian Senator Jacqui Lambie, finally managed to repeal the Medevac legislation.

After a bizarre, self-indulgent, tearful speech, Lambie’s vote put an end to the legislation that had allowed doctors to recommend the transfer of sick refugees from Manus and Nauru to Australia.

Without a trace of irony that she was referring to herself, Lambie told the Senate that, “everybody who refers to national security as a reason to keep something secret is a ‘lying cynical bum’ and they are probably right most of the time.” We should remember her words.

In the nine months of the Medevac legislation, around 180 people have been transferred for medical treatment. But the fate of those still on Nauru or in PNG is now back under the control of Dutton and Morrison.

People who the government itself had approved for medical transfer will only get treatment at the whim of their jailers. The government had approved more than 30 people on Nauru for transfer to Australia; but since the Medevac repeal just one person has been transferred.

There are now many more people from Manus and Nauru in Australia than are being held offshore. That’s a tribute to the campaign—but most of those transferred under Medevac are being kept in detention in Australia.

Around 160 people are in detention centres or hotels in Brisbane and Melbourne. The first people transferred under Medevac have now been in detention almost a year. The initial hopes for freedom have turned into despair.

But, just before Christmas, Grandmothers for Refugees and supporters held a carol-singing protest outside the Mantra Hotel in Melbourne to highlight their situation.

Complaints to Border Force are fobbed off with the standard reply that, “All people in immigration detention have access to medical care as required.” But that’s a lie. For one Iranian refugee brought from Manus to Australia for dental treatment and abscesses in his mouth, the treatment offered was to pull his teeth out. Fahad told SBS that he has had three courses of antibiotics but the abscesses are no better.

Onshore detention needs more attention in the run-up to the Palm Sunday refugee rallies on 5 April. Brisbane’s Refugee Action Collective is planning a protest at the BITA detention centre on Saturday 8 February.

Official Border Force correspondence says that, “Once transferees no longer need to be in Australia for the temporary purpose for which they were brought (medical treatment), they are expected to return to a regional processing country.” Yet the government knows that no one going to be sent back to PNG or Nauru. It is going to be up to the refugee campaign to make sure that they are not that they are not victims of indefinite detention in Australia.

Refugees and asylum seekers in PNG and Nauru are into their seventh year of offshore hell. There are still around 400 people there without a future.

In January, nine more people left from Port Moresby to be resettled in the US. But over 50 refugees accepted by the US are still waiting, some of them for 12 months.

Others are waiting—it seems forever—for final interviews. But as has been said so often before, even when US resettlement is finally concluded, hundreds of people will be left in PNG and Nauru.

Nothing has been resolved. Refugees and asylum seekers have been distributed around several hotels in Port Moresby but with no future, the mental health crisis grows worse. In Nauru, the government wants to keep every dollar of detention money flowing from Australia, and systematically blocks the transfer of refugees for medical treatment.

Onshore the injustice of temporary protection visas (TPVs) leaves refugees who arrived by boat without their families and without a future. Many of them are required to re-apply for TPVs will find the system has set them up to be rejected.

Meanwhile the government has spent over $100 million to keep Christmas Island operational to keep Priya, Nades and their two children, the Tamil family from Biloela, away from legal help and their supporters.

As long as refugees are denied support and permanent protection, and as long as offshore detention remains the underpinning of Australia’s border protection regime, the demands to “Close the camps, and Bring them Here” are as crucial as ever.