Mental health crisis but offshore detention can still be fought 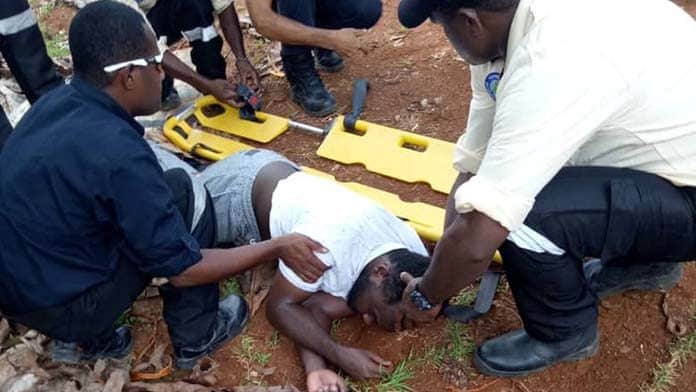 Although the Liberal government made a big show of re-opening the Christmas Island detention centre in the lead-up to the election, refugees were hardly mentioned during the campaign. There is little difference between Labor and Liberals’ offshore detention policies. Yet Labor’s election loss has hit refugees and asylum seekers very hard.

There were big expectations that a Labor government would get people off Manus and Nauru, although they never actually said where they would go.

For those onshore, Labor had promised to turn the temporary protection visas into permanent visas, to restore funding for legal services advising asylum seekers as well as the SRSS funding to support asylum seekers living in the community; and to end the fast track refugee process of assessing (and mostly rejecting) protection applications—to name just the most important matters.

The prospect of another three years, separated from families, with no future and no security, is just too much.

The attempted suicides are the most graphic indication of the urgency that confronts the refugee movement. Morrison declared that one of the first acts of a re-elected Liberal government would be to repeal the Medevac Bill. Morrison may not have the numbers in the Senate to do so but we should expect that Christmas Island will close just the same.

Despite this, some people have been successfully transferred, and as detention makes more people even sicker, inevitably more people will come off.

Keep up the fight

Neither Manus nor Nauru is any more viable after the election than they were before.

The Morrison government will also have to deal with the Australian National Audit Office investigation into corruption allegations of the contracts they approved with Paladin and JDA, the so-called offshore service providers on Manus.

It is worth remembering that Morrison was already prime minister when hundreds were transferred from Nauru as the #KidsOffNauru campaign gathered momentum in the last months of 2018.

Regardless of the election result, the shift in public opinion won by the campaign hasn’t gone away. The size and extent of the Palm Sunday rallies as the election campaign opened is one indication of that.

One of the first challenges the movement faces is the prospect that the government will move to deport the Biloela Tamil family, Priya and Nades and their two children, who ran out of legal options during the election campaign. Shorten’s promise that a Labor government would review their case held out some hope. But it also showed the importance of the refugee movement maintaining the pressure on Labor.

A clear call from Labor to keep the family in Australia would help deliver a win to the magnificent community campaign waged by the family’s Biloela supporters.

The movement will also need to keep up the pressure on Labor to shift its policies on offshore detention.

Some right-wing commentators are declaring the first sign that Labor would lose was when it supported the Medevac Bill in February. And Labor leaders are themselves drawing right-wing conclusions from the election defeat that will likely lead to a retreat from pro-refugee policies. But going quiet only encourages the Liberals’ scapegoating and anti-refugee border protection policies.

“Bring Them Here” rallies have been called in Sydney and Melbourne for 20 July—the sixth anniversary of the then-Labor government declaring that no one sent offshore would ever be resettled in Australia. That policy opened the door to the horror of Manus and Nauru.

Large rallies, with union contingents and banners, will let Morrison, and the Labor opposition, know that the refugee movement remains committed to ending it.