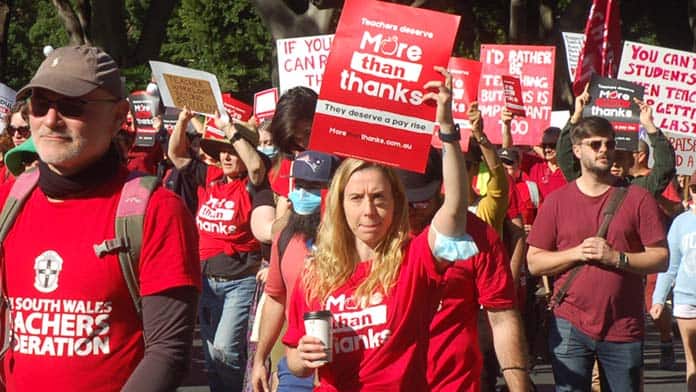 Anger at low wages growth and the cost of living were major factors in the election result, after Labor’s Anthony Albanese said he’d “absolutely” support an increase in the minimum wage high enough to keep pace with inflation. But with the cost of living set to get worse, how bad are things going to get?

How much is the cost of living rising?

Inflation has hit 5.1 per cent for the past year. The cost of essentials has gone up even more, with “non-discretionary items” including food, petrol, power bills and insurance up 6.6 per cent.

Mortgages are rising, with interest rates on home loans set for further increases. Power bills are already climbing further, with benchmark prices set to jump another 18 per cent. Some are predicting further energy price chaos as gas prices surge.

The Reserve Bank expects overall inflation to keep climbing to 6 per cent by the end of this year before gradually declining. But it is still tipped to be near 5 per cent a year from now, and not back to 3 per cent for another two years.

And these are only predictions. As recently as November the Reserve Bank was predicting inflation would be down below 3 per cent already. Their predictions could easily be wrong again.

What does this mean for wages?

The result is that wages are shrinking in real terms. Over the year to March they went backwards by a sizeable 2.7 per cent. Wages have not grown for almost a decade—they are now at the same level as in September 2013.

Workers need an immediate wage rise to catch up for what we’ve lost already due to inflation, as well as protect us from the further price rises expected.

Some claim that wage increases would produce a wage price spiral, with Scott Morrison saying during the election campaign that wage rises to keep up with inflation would, “lead to higher interest rates and higher costs of living”.

But the inflation we are seeing is not being driven by wage increases. Supply chain disruptions as a result of the pandemic have driven up prices, creating temporary shortages of goods. This has been fuelled further by the war in Ukraine which has driven up the cost of petrol, energy prices and food.

And if they only rise in line with productivity growth they do not add to inflation at all.

Official unemployment is at almost a 50-year low of 3.9 per cent. Job numbers have rebounded rapidly following the COVID lockdowns. But a closer look shows things are not so rosy.

There are also a record number of people working multiple jobs. As Greg Jericho wrote at The Guardian this is not just down to the pandemic, in fact, “it is a trend that we have been seeing not just during the pandemic, but for the past eight years.”

People typically take up second jobs because they can’t get by on their main job alone.

So it’s no surprise that the growth in people working second or third jobs really began around 2014, in the period where wage growth slumped. Nearly a third of the new jobs created since the last election have gone to someone already working another job.

Are wages going to pick up?

As it is, we can expect further effective wage cuts. Wages growth before inflation is predicted to increase over the next two years to reach 3.75 per cent a year. But that means another two years of wages going down after inflation is factored in, or another cut to wages of 0.6 per cent.

And wages growth has not been picking up over the last six months, despite constant predictions that increases are on the way.

Even with unemployment already at its lowest since the 1970s, wages are only growing at a glacial pace. The reason for this is that workers are not fighting for pay rises. The decline in union power means fewer and fewer workers are covered by enterprise bargaining agreements, as low as 12 per cent in the private sector.

Although Anthony Albanese has said that “Labor has a plan to lift wages” he has not announced any policies that could deliver this.

But business can afford to pay, with the profit share of the economy at a record high.

We need a union campaign for wages right across the working class. Some NTEU branches at universities are pushing for 15 per cent wage rises over three years—even that could see wages fall behind the cost of living.

Thousands of delivery drivers at Global Express and StarTrack, members of the TWU, won pay deals last year that guarantee wage rises that at a minimum match inflation, as have some workers in manufacturing. But for workers’ living standards to rise, we need real wages to rise greater than inflation.

Our unions need to take up the fight.