Whoever wins the election, unions will need to fight to boost wages 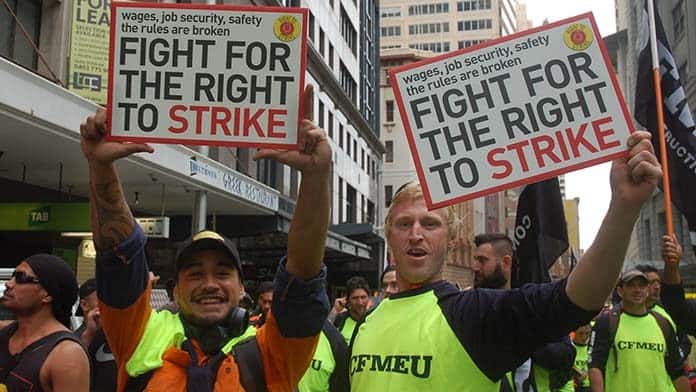 Workers are feeling the squeeze after a decade of low wage growth, in the face of rising inflation. But the Liberals are still determined to attack union rights and undermine workers’ ability to win pay rises.

Industrial Relations Minister Michaelia Cash has announced plans to double the fines against construction unions to a maximum of $444,000 for unions and $88,800 for individuals who defy anti-strike laws.

This would cut wages and prevent unions from staging lawful industrial action on large mining and construction projects.

They also floated the possibility of allowing cuts to workers’ pay and conditions in new agreements, through watering down the Better Off Overall Test, only to rule this out after several days of indecision.

Labor has outlined some limited changes.

It would limit the number of consecutive fixed-term contracts that can be offered for the same role to 24 months, change the legal definition of a casual worker and stop bosses unilaterally terminating agreements.

It would also scrap the anti-union Australian Building and Construction Commission.

But it would keep in place the overall industrial relations system that is producing a dramatic decline in the number of workers covered by enterprise bargaining agreements, and which contains some of the worst restrictions on strike action in the developed world.

Unions will need to defy the law and fight for the right to strike just as much under Labor as under the Coalition.