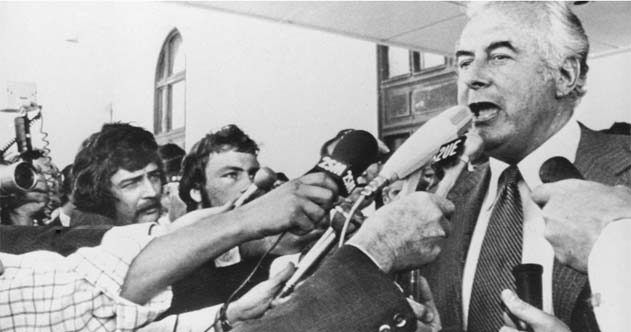 Gough Whitlam’s death at 98 has brought tributes from the usual suspects—including the likes of Malcolm Fraser and Tony Abbott, who both despise(d) the social reforms associated with the Whitlam Labor government of 1972-75.

Former and current Labor leaders, Julia Gillard and Bill Shorten, also mourned the loss of “a giant” and “a legend”, although they, following Hawke and Keating, have done everything they could to drag Labor to the right and distance it from many of the things—free education, land rights, opposition to war—that are regarded as the high points of Whitlam’s social reforms.

The Whitlam era, for many, is a golden age of Labor, and for that reason it is worth considering the real legacy of the Whitlam government. Whitlam came from the right of the party. He had spent many years trying to make the party more moderate and acceptable to business. He dramatically intervened in the party’s Victorian branch to stifle the influence of the left.

The drive for the left policies that are associated with the Whitlam government overwhelmingly came from the radical movements outside parliament. Whitlam did end conscription, but it was the mass Moratorium movement against the Vietnam War—the demonstrations, strikes and outright defiance of the draft—that had pushed Labor and the Whitlam government to oppose Vietnam. Whitlam had initially tried to water down Labor’s commitment to withdrawal of Australian troops from Vietnam when he took over as Labor leader in 1967.

Whiltlam did trickle sand through the fingers of Vincent Lingiari to symbolise the hand back of land to the Gurindji in 1975. But land rights were won as a result of the struggles before Whitlam took office—the Freedom Rides in 1965, the Aboriginal strike and Gurindji walk off in 1967, the militant Aboriginal Tent Embassy and the Black Moratorium in 1972.

The basis for Whitlam’s much-vaunted equal pay case for women in 1972 had been set in the years before by protest and industrial action. Underlying all this was a surge in workers’ struggle. From the last 1960s the number of days of strike action increased steadily to reach three million in 1971 before Whitlam’s election and reached their highest ever figures in 1973 and 1974.

When the Whitlam government was sacked by the Governor-General John Kerr in 1975, the sham of Australian democracy was revealed. The unelected newspaper editors ran a relentless campaign against Whitlam, the unelected bosses threatened investment strikes to starve the economy, and Whitlam was finally removed by an unelected representative of the British monarch, the Governor-General.

But Whitlam and Bob Hawke, ACTU President at the time, did everything they could to end the strikes and demonstrations in defence of Whitlam that erupted and channel the rage into the dead-end of the election called for 13 December—an election that returned a Liberal government led by Malcolm Fraser.

Whitlam called for the demonstrators that spontaneously gathered outside Parliament House on the day of his sacking to “maintain your rage…until polling day”. It was an enormous mistake.

Sadly, it is that electoralist legacy that has lived on among the Labor leaders. Victorian Trades Hall emailed supporters lamenting Gough’s passing, saying “We have lost a giant”; but ended with the same call to maintain your rage until the election—the November Victorian election, the next Federal election?

But it is that approach that has seen the union leaders wind down the Bust the Budget campaign and ignore the tens of thousands who demonstrated in the March Australia protests against Abbott.

Socialists will remember the Whitlam government—for all that it says about the failures of capitalism on the one hand, and the failures of Labor and the idea of reforming Parliament (and capitalism) on the other.

Whitlam rode the wave of the radical movement into power in 1972.

The hope for change in 2014 does not lie in rosy nostalgia for Whitlam; it lies in rebuilding the movements that fought against war, for land rights, women’s liberation and the liberation of gays and lesbians—and rebuilding the fight for socialism.