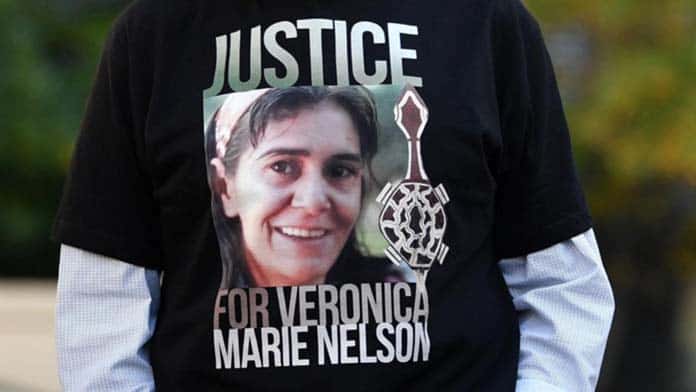 An inquest into the death in custody of Indigenous woman Veronica Nelson has revealed criminal negligence and racism in Victoria’s prisons.

On 2 January 2020, the Gunditjmara, Dja Dja Wurrung, Wiradjuri and Yorta Yorta woman was found dead in her cell because of an undiagnosed medical condition and heroin withdrawal.

Veronica Nelson was arrested on 30 December 2019 over outstanding shoplifting charges. She was kept overnight at the Melbourne custody centre before a bail hearing the next morning.

Bail laws in Victoria are extremely harsh. If someone breaches bail, they must prove “exceptional circumstances” to be granted bail again. Veronica was left to represent herself.

Police claimed on her remand form that Veronica posed an “unacceptable risk” to the safety of others, due to her drug addiction—despite Veronica having no history of violence. Police admitted at the inquest that this was a mistake.

The judge refused her bail, saying that there is “not enough there for me to justify releasing you … in light of your history”.

Decisions like this are common. More than 60 per cent of Indigenous women in Victorian prisons are on remand, without yet being convicted of any offence.

Veronica was imprisoned at the Dame Phyllis Frost maximum security prison on 31 December and initially sent to the medical unit.

During the night, she made 30 calls over the intercom asking for medical assistance, as she suffered from severe cramps and nausea, only to be told, “It’s not an emergency, stop asking.”

In the morning, prison staff had to delay a medical assessment because she was deemed too unwell due to vomiting several times.

Yet, at her medical examination later that afternoon, Veronica was recorded as looking “generally well” and transferred to a regular cell.

The doctor failed to perform a proper assessment and fabricated the results, according to the nurse who assisted the examination. She described Veronica as “slumped” over a chair and “incoherent”. A senior prison officer told the inquest she had never seen anyone look as “thin and frail”.

After Veronica was moved, prison staff were not told that she was suffering heroin withdrawal.

Prison guards told another inmate, Kylie Bastin, she was “not allowed” to give cordial to Veronica to help with her withdrawal.

Bastin said Veronica was experiencing “excruciating pain” in her stomach and had said, “I feel like I’m going to die.”

That night, on 1 January 2020, Veronica continued to suffer extremely severe cramps. She made a dozen calls to prison nurses begging for help. In these recordings, Veronica can be heard wailing in agony, and asking for her father.

Prison staff gave her Panadol and told her, “You need to try and stop, ’cause you’re keeping the other prisoners awake.”

They lied to her, saying that they had informed medical staff, but did not actually do so until about an hour later. Instead of providing medical attention, they told her to “take a shower” to ease the cramps.

Veronica made no further calls after 4am. She was found dead at 7.30am, her cell flooded and the shower still running.

The prison nurse never returned to check on her, and the inquest found she spent the night watching a movie instead.

The manager of prison said that she was “proud” of how the nurses handled the situation, applauding how they “sensitively managed the intercom calls”.

According to Bastin, getting even access to Panadol “takes hours, if they come” at all. It can take three days to get a visit from a doctor.

The prison nurses admitted that night nurses commonly “refused to walk the 200 metres from the medical unit to the Yarra unit to see patients during the night”. One of the nurses overseeing Veronica’s death commented that, “I’ve seen it happen before, it’ll happen again.”

The Royal Commission into Aboriginal Deaths in Custody identified the failures of medical attention in prisons more than 30 years ago. Instead of acting on this, the Andrews Labor state government has spent $200 million on more tasers for police, and billions on constructing and expanding prisons.

Indigenous women are the fastest growing demographic in Victoria’s prison system. As the Victorian Aboriginal Legal Service argues, “Many of them are victim-survivors of family violence. They need support, not a prison cell.”

The shocking treatment which led to her death shows why we need money for services and support, not an expansion of prisons.