Labor’s support for the system means only small change—fight for pay, climate action and refugees 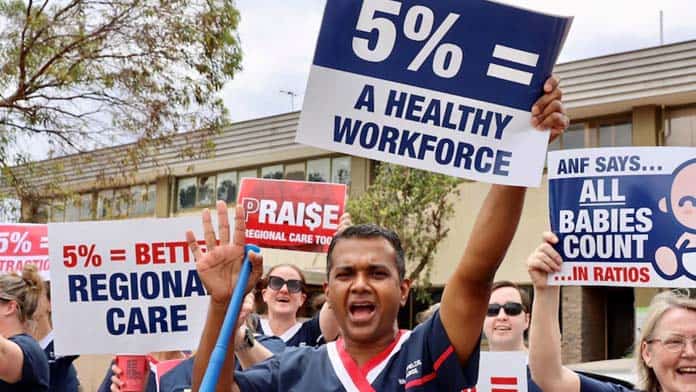 Seeing the back of Scott Morrison was the political highlight of 2022.

But six months on from the election, Labor’s modest agenda and political timidity means we are yet to see the change many hoped for.

The Liberals are in complete disarray. They were humiliated again in the Victorian election. But rather than take advantage of the Tories’ crisis, Labor is more concerned with running the system than changing it.

It claims its new industrial relations laws will finally get wages moving. Albanese said they were “a win for the heroes of the pandemic, the cleaners, the disability workers, the aged care workers, the early childhood educators”. But the new laws leave the same restrictions on taking strike action in place.

Union leaders have welcomed the new multi-employer bargaining rules. Yet the ACTU’s Sally McManus admits there will be “limits” to their use because “there are so many hurdles”.

Multi-employer bargaining was already going to be difficult for unions to access. But changes demanded by independent Senator David Pocock make it even harder. Businesses with fewer than 20 workers are excluded, and unions will have to prove why those with fewer than 50 workers should be part.

Fair Work can refuse to allow access to the “common interest” multi-employer bargaining on a whole range of grounds. This includes where it is not a low paid industry, where companies have different pay and conditions, or face different business conditions.

Any company with an existing enterprise bargaining agreement is also excluded.

Two of the worst measures have been softened, with the Better Off Overall (BOOT) test having to consider “reasonably foreseeable” future employees, instead of ignoring future employees altogether. But the test has still been watered down.

The requirement to re-ballot for industrial action every three months is also gone.

But the changes also increase the arbitration powers of the Fair Work Commission to intervene in disputes. To get wages moving, we need strikes for above-inflation pay rises.

Pampas workers in Victoria are showing the kind of fight needed, out on indefinite strike for job security for labour hire casuals and pay. Solidarity action could fully shut down production, but warehouse workers inside the factory on a separate enterprise agreement are still working.

WA nurses took a 24 hour strike in defiance of the Industrial Relations Commission, demanding at least a 5 per cent pay rise. But like too many union leaders, the nurses’ officials have backed down from further action in the face of legal threats.

Workers at tugboat operator Svitzer, who have not had a pay rise since 2019, have had their ability to strike suspended for six months—but the union declared this a victory and has ruled out any move to defy the law.

On university campuses, the NTEU has rushed to accept mediocre deals at UTS and ACU, after university managements elsewhere began putting non-union agreements to a vote.

Without a real fight, and a willingness to break the industrial laws, real wages will keep falling.

Labor says it will act on surging power and gas prices before Christmas. It is set to announce a price cap on gas, and something similar on coal. But the measures now won’t kick in until July.

This could have happened months ago but Labor wasn’t willing to take on the big mining companies.

They can easily afford it. The vast bulk of their profits won’t be touched, with the measure only affecting domestic consumption.

Aged care, hospitals and other public services are crying out for funding, but Labor has refused to tax their massive windfall profits.

This is a climate wrecking project that has to be stopped. There is no need for more gas. The government should be paying to electrify households and reduce gas consumption to help cut emissions.

While Labor used the COP27 climate summit to promote its climate credentials, it is actually presiding over a massive expansion of coal and gas mining.

Much more action is needed to deal with the unfolding climate emergency. The appalling 15 month jail sentence against climate protester Violet Coco in Sydney is an indication of the NSW Liberal government’s determination to protect the profits of the fossil fuel companies. The right to protest and the future of the planet are at stake.

We can take inspiration from the courageous protests in China against COVID repression, and the months of defiant demonstrations and strikes in Iran.

Voting out the Liberals is nowhere near enough to win change. It is struggle outside parliament that is needed to take on the bosses’ system. For that we need more socialists, working to build the fightback in the workplaces and on the streets for real wages rises, climate action and to free the refugees. Join us.