Capitalism vs the climate: Why we need system change 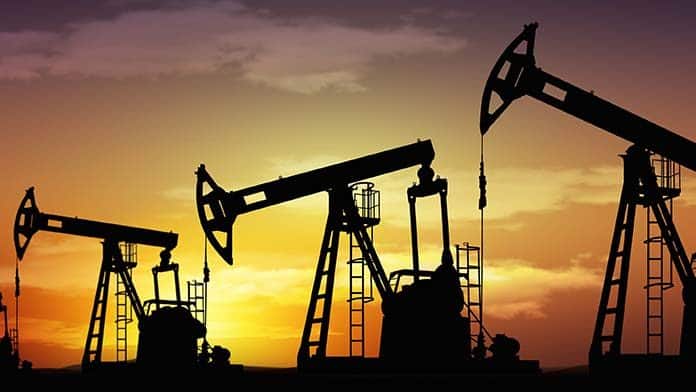 Climate change is the most drastic threat human civilisation has ever faced. It could see large areas of the planet rendered uninhabitable, and trigger catastrophic sea level rise, floods, fires and food shortages.

But despite ever more urgent warnings of catastrophe, world leaders have comprehensively failed to act.

In recent years climate scientists have reported with increasing panic about what is happening to the planet. In December the climate report from the Intergovernmental Panel on Climate Change (IPCC) said there were just 12 years left to keep climate change to a level that avoids potentially catastrophic consequences. It warned that warming needs to be kept to 1.5 degrees—when we have already seen just over a 1 degree temperature increase.

“We’re not on track”, Professor Mark Howden, Director of the Climate Change Institute at the Australian National University, explained, “We’re currently heading for about 3 degrees or 4 degrees Celsius of warming by 2100.”

But the problem has been known about—and discussed at the highest international levels—for decades. The first global agreement promising action to reduce carbon emissions was made almost 30 years ago, at the 1992 Earth Summit in Rio.

Far from showing any decline, global emissions are still increasing, with levels in 2018 at an all-time high. Oil company ExxonMobil “plans to pump 25 per cent more oil and gas in 2025 than in 2017”, The Economist reported last month. “All the [oil] majors, not just ExxonMobil, are expected to expand their output.”

Australia, with its massive reserves of coal and gas, is widely recognised in global circles as dragging its heels. But even Germany, despite much higher levels of renewable energy, is nowhere near on track to meet its emission reduction targets.

And the world’s biggest economy is now run by Donald Trump, a climate denier who has torn up US support for the global agreement on climate change.

But in outright denial of the problem Trump is an exception among the global ruling classes. Most governments acknowledge the seriousness of the problem. But they have been incapable of taking the kind of action required.

This is because fossil fuel use is deeply embedded in the world’s industrialised economies. It’s not just the mining and power companies that are the problem. Every sector from manufacturing to heating, transport and agriculture is massively reliant on coal, oil and gas.

As the IPCC report put it, “far-reaching and unprecedented changes in all aspects of society” are needed.

This means that individual action to reduce consumption, through driving cars less or using green energy, will make little difference.

Residential use of electricity in Australia makes up only 21 per cent of total use. Industry uses almost 75 per cent.

Transport is another big source of emissions, 18.9 per cent of the total in the year to September. Enormous amounts of this are not in personal car use but in the transport of goods to supermarkets, export terminals or for use in manufacturing. Diesel, used overwhelmingly in freight transport and agriculture, produces far more emissions than petrol use, according to Environment and Energy Department figures.

This means we need to make major structural changes to how production is organised and energy is produced across the economy.

The problem is not that we lack the technology to transition to renewable sources of energy. It is that taking action means a challenge to the way capitalism operates.

The operation of the capitalist market means that investment takes place based on what is most profitable in the short term. The needs of ordinary people and the planet are irrelevant—what counts is whether they can be commodified and sold for a profit. But reordering our society to strip out the use of fossil fuels will impose significant costs and a hit to corporate profits.

It means retiring still profitable coal and gas power plants and meeting the costs of replacing them with renewable energy. It means replacing fleets of trucks with a rail freight system run off renewables. It means increasing the cost of construction through better energy efficiency standards for buildings. And it means transforming manufacturing processes through using electricity instead of the direct use of fossil fuels.

Taking action also threatens the profits and investments of the world’s wealthiest and most powerful corporations.

Reining in carbon emissions means oil, coal and gas companies will need to be shut down—threatening literally trillions of dollars in investments.

Fortune magazine’s list of the world’s ten biggest companies for 2018 includes five oil companies, two car manufacturers and a power company. The minimum to make the list was revenue of $340 billion.

The same is true in Australia, with mining companies BHP and Rio Tinto both among the ten largest companies. Australian exports of coal, oil and gas were worth $230 billion last year. A rapid expansion of offshore gas drilling is expected to see Australia become the world’s largest gas exporter this year or next.

And Australia remains overwhelmingly reliant on fossil fuels for power generation, with coal providing 60 per cent of power and gas another 20 per cent.

The other problem is that capitalism is based on competition between rival companies. A transport company that decided to reduce its emissions by using more expensive electric vehicles, as opposed to trucks run by petrol or diesel, would have to put up its prices and would quickly go out of business.

They want to make sure that the costs of action on climate change do not leave local corporations at a disadvantage, as this could lead to lost sales, factory closures and lower profits.

This is why Prime Minister Scott Morrison’s excuse for not acting on climate change is always that serious action would mean, “taking a sledgehammer to our economy”.

The Labor Party share the same underlying approach. When Labor’s Kevin Rudd was Prime Minister he declared, “I have said consistently, Australia will do no more and no less than the rest of the world”.

This explains why global climate talks have failed to deliver. Sydney Morning Herald journalist Marian Wilkinson has compared global negotiations to, “an elaborate game of chicken with the players waiting to see who will blink first.”

They are gambling with the future of the planet.

The scale of the wealth and profits of the fossil fuel companies give them enormous power under capitalism.

Not only can they pay for hundreds of lobbyists and multi-million dollar advertising campaigns, they provide billions in tax revenue and have the ability to sack hundreds of thousands of people. In the context of a capitalist society, this gives them enormous influence over governments—no matter which party is in power.

Just look at how the mining industry in Australia responded to the prospect of losing a small slice of their profits through then Prime Minister Kevin Rudd’s plan for a mining super profits tax.

The mining bosses poured $22 million into a massive ad campaign against the tax, claiming jobs would be lost and the Australian economy destroyed.

The government scurried into an embarrassing political back-down, removing Kevin Rudd as Prime Minister and slashing the tax rate.

The power of capitalists outside parliament means that simply electing better politicians will not bring change. Standing up to the power of these companies requires a mass movement of ordinary people to force governments to act.

All of this means challenging the usual operation of the “free market” and moving away from the idea that it can solve society’s problems, promoted by neo-liberal orthodoxy for the last 40 years.

Forcing this kind of action will require mass protests and more walkouts from schools and universities.

Marching on the streets, and actions like blocking traffic, can cause some disruption and keep demands for action on the political agenda. They are vital for drawing people into social movements and building their confidence to fight. But a movement that remains simply at the level of mass marches is not enough.

In 2003 hundreds of thousands marched across Australia against the Iraq war. Public opinion and the democratic will of the population was overwhelmingly against the war. But the government sent troops into Iraq anyway. The movement simply did not have sufficient power to force the government to back down.

The main power ordinary people have comes from the fact that the working class keeps the economy running. It is workers who drive the trains, run the power station and the ports, operate the factories, keep supermarkets stocked, and hospital services running.

Workers’ strike action has the capacity to shut down production and cost businesses millions of dollars in lost profits. This is the kind of power that can force those who run society to take action.

This is why trade union support for climate action is vitally important, as a step towards mobilising workers’ power.

Winning the mass of the working class to act on climate change means the movement must put the issues of inequality and jobs at its centre.

Ordinary people should not have to pay to deal with climate change through job losses or cuts to living standards. The corporations who have created the crisis through polluting the planet should pay, through taxes on their profits and on the wealthy elite who control them.

Constructing such a movement is an enormous challenge. It means supporting struggles against capitalism on every front—from the racist scapegoating of refugees to the union campaign to Change the Rules. But it is the only kind of action that can avert disaster.