Busting Morrison’s myth: Why gas is not a transition fuel 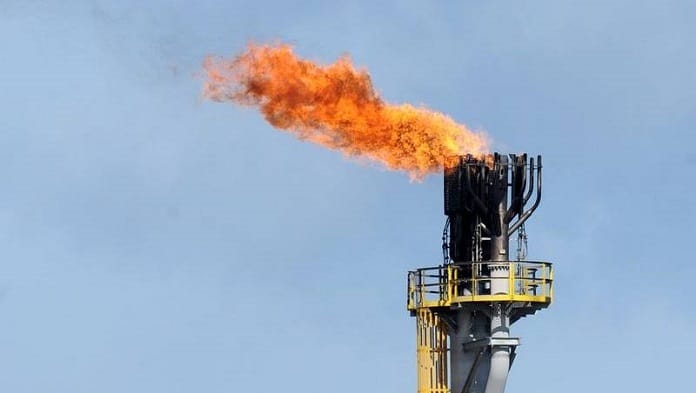 In announcing a power deal with South Australia in April, Morrison claimed that supporting renewables also requires “getting more gas into the market”. This serves to justify his “gas-fired” recovery and the plan to pay for a new gas power station in NSW.

However, not only is gas unnecessary, but new fossil gas-fired stations will also increase Australia’s emissions, increase electricity prices and provide only tiny numbers of construction and ongoing jobs.

Morrison and Energy Minister Angus Taylor are marketing gas as a “transition fuel” that can provide power on days that solar and wind aren’t available. Gas power stations can fire up rapidly and plug the gap, they claim.

Australia’s Chief Scientist, Alan Finkel, has also backed this, arguing, “The adoption of more renewable electricity will be faster, more economical and more reliable if natural gas-fired electricity generation continues to be available.”

Labor has a more ambiguous position, with climate change spokesperson Chris Bowen admitting that “gas is not a low emission fuel”. But while he rejects calling gas a transition fuel, Bowen does accept it as “a very important part, nevertheless, of the transition, and … for some time to come”.

Some in the union movement have also been taken in. Daniel Walton, national secretary of the right-wing Australian Workers Union, has urged Labor to embrace gas in the name of manufacturing jobs, claiming that refusing to do so is to “callously play dice with blue collar lives”.

He claims that the gas plant Morrison wants to build at Kurri Kurri in NSW’s Hunter Valley is needed to meet energy demands for the nearby Tomago aluminium smelter, as more reliable than renewable energy sources.

The smelter currently produces 595,000 tonnes of aluminium a year and is the largest user of electricity in NSW. The nearby Liddell coal-powered station will close in April 2023.

But there is no case for increasing the amount of gas in the energy system, let alone building new gas power stations.

The National Electricity Market (which covers all states except WA and NT) already has 11.4 gigawatts of gas power capacity, almost six times the size of Liddell. These plants have run at less than 30 per cent capacity for the past 18 months, an Australia Institute audit in February found.

With interconnector upgrades, battery and renewable projects already under way another five gigawatts of capacity are coming in NSW. Australian Energy Market Operator (AEMO) forecasts show there will be no shortfall in energy requirements, meaning that no new gas plants are needed to meet current energy demands, not even for Tomago.

According to the Electrical Trades Union (ETU), Tomago smelter management is in favour of the gas power station plan only because of its hope for cheaper government subsidised power.

The union points out that, “If the federal government is prepared to build a gas plant next door and provide a commitment of a long-term, low-cost power purchase agreement … then it is hardly surprising Tomago is keen to see it go ahead.”

AEMO conducted a detailed analysis of future energy demands and failed to produce a single scenario where an increase in gas supply would be needed, pointing out that gas generation in 2020 was significantly down due to increasing amounts of large-scale wind and rooftop solar power.

It noted that in any case, “Gas is … too polluting for the emissions reduction task [and] is also too expensive to compete against rival technologies, particularly those driven by cheap wind and solar.”

Importantly, battery projects are an increasingly economical means of storing power from renewable energy for when it is needed, eliminating the need for polluting gas power as a backup.

Nor will gas create many jobs. The proposed Kurri Kurri gas-fired station, for example, would only employ 20 staff in ongoing operational and maintenance roles.

For NSW’s Hunter region, the ETU argues that public investment in the renewable sector, rather than a new gas power station, would result in many more local job opportunities. These could include green steel, solar and battery manufacturing, mine rehabilitation and the conversion of the Tomago aluminium smelter to renewable energy.

Public money should be invested in zero emissions technology and providing secure union jobs as part of a just transition. This is essential if we are to achieve the action needed on climate change.

Doing so will require convincing unionists and the broader working class of the need for climate action and a mass climate movement fighting for a just transition.