Cannon-Brookes and green capitalists won’t save us 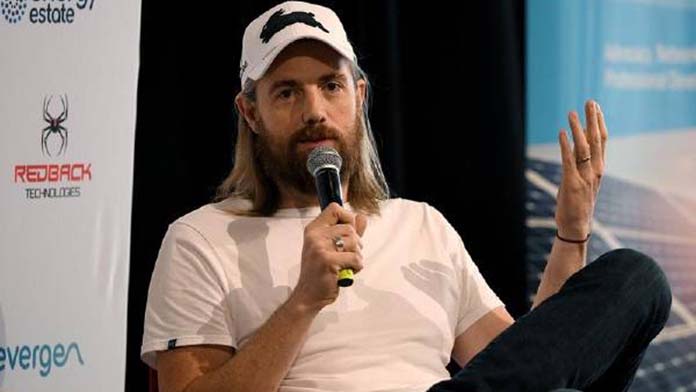 AGL has been struggling for the past year, with share prices falling steadily. Similarly, Origin recently announced that it plans to close the Eraring coal-fired power station (Australia’s largest) by 2025, citing that “the economics of coal-fired power stations are being put under increasing, unsustainable pressure by cleaner and lower-cost generation, including solar, wind and batteries”.

The transition from coal to renewables is under way. The Victorian government has announced that it will accelerate the rollout of offshore wind projects. These are expected to produce 2GW by 2030—20 per cent of the state’s energy requirements.

The Liberals, caught by surprise by the Cannon-Brookes bid, came out in fiery opposition: “We need to ensure that our coal-fired generation of electricity runs to its life because if it doesn’t, electricity prices go up … Our government is very committed to ensure we sweat those assets.”

Their scaremongering is shrill and delusional. Renewables offer sustainable and cheaper energy. The Liberals’ hostility to the transition is a thinly veiled effort to prop up the profits of the fossil-fuel giants who want to “sweat” their billions in coal investments, at the expense of our planet.

But shutting the coal-fired energy industry also raises crucial questions. What will happen to these workers and their communities? Who will operate these new renewable industries?

In Queensland, 230 full-time casual workers at a solar farm were sacked via text. Private renewable investors cannot be relied upon to provide secure, unionised work. They will operate on the basis of maximising profit.

It is crucial that we champion the call for public renewable energy, not fall in line behind the plans of billionaires like Cannon-Brookes.