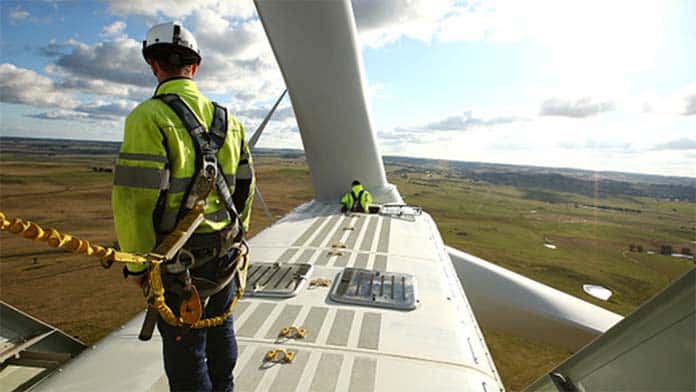 A new report has shown the enormous potential of offshore wind in Australia to provide jobs and vast amounts of energy.

The Blue Economy Cooperative Research Centre’s report examined suitable areas for offshore wind turbines—within 100 kilometres of existing substations and transmissions lines, and within 100 kilometres of the shore. They could generate 2233GW, significantly exceeding all current energy demand in Australia. The ten offshore wind projects currently proposed for development in Australia would, if built, produce 25GW in combined capacity. This is more than all our current coal power stations combined.

The potential expansion of offshore wind in Australia is part of a broader trend, with the UK, US, Japan, South Korea, and the European Union all setting targets for offshore wind expansion by 2030. Most notably, the UK is set to quadruple the capacity of their offshore wind generation to 40GW, enough to power every home in the country.

Not only would offshore wind in Australia significantly increase renewable energy, it could also provide secure jobs for fossil fuel workers. The report shows the industry could produce around 8000 jobs—a similar number to those currently employed on offshore coal and gas projects. The transferable skills and the location of the projected developments make this industry a clear pathway towards a just transition.

Despite the projected role that offshore wind could play, the Morrison government still hasn’t finalised the regulatory framework needed to support the development of the industry. The report highlights the urgent need for such planning in its key findings, stating that, “Offshore wind should be incorporated into national and state energy planning, which is not currently the case.”

These calls have been backed up by the unions that helped fund the report, including energy, maritime, and manufacturing unions. National Secretary of the Electrical Trades Union, Allen Hicks, stated, “Without a national plan for zero emissions and a just transition, the Morrison Government is just making it harder for many essential workers and communities in the fossil fuel industries to make the inevitable shift to the renewable energy sector.”