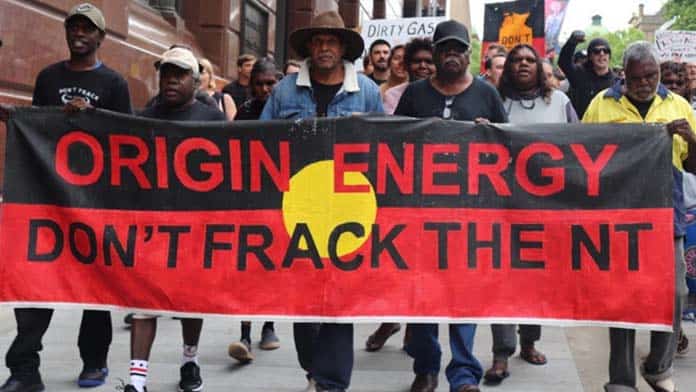 Anthony Albanese’s Labor government remains committed to expanding new fossil fuel projects. But a series of recent wins show this can be stopped.

Origin Energy has withdrawn from funding the fracking of Northern Territory’s Beetaloo Basin. This was a project that was allocated funding under Morrison’s gas-fired recovery. Origin expects to lose between $70 and $90 million as a result.

There have been warnings that if mining in the Beetaloo Basin goes ahead, the emissions would add up to more than the total carbon credits offered in Australia to offset emissions.

However, Origin’s withdrawal does not mean the project will be scrapped.

It has sold its stake to Tamboran Resources and agreed to buy some of the gas if it goes ahead. Opposition to this project from environmentalists and First Nations groups needs to continue.

It has also emerged that almost $2 billion in funds for fossil fuel grants leftover from the Morrison government was never allocated. Climate groups are calling on Labor to scrap them completely in their 25 October budget.

Greens leader Adam Bandt has called these funds “zombie fossil fuel subsidies” and has called on Labor to reallocate the funding to renewable energy projects.

Tiwi Islander traditional owners have also recently won a federal court case against Santos’ $4.7 billion Barossa gas project in the Timor Sea. The court ruled that traditional owners were not properly consulted before the project was granted approval.

Whilst this does not mean the project will be abandoned, it has forced Santos to halt operations and go through the approvals process again.

The case shows the company’s contempt for Indigenous people, after it tried to claim that unanswered phone calls and emails were sufficient consultation.

Gomeroi people have also opposed Santos’ gas project in the Pilliga, voting 162-2 against the project. Both Santos’ projects should be abandoned immediately.