Why capitalism can’t act on the climate crisis 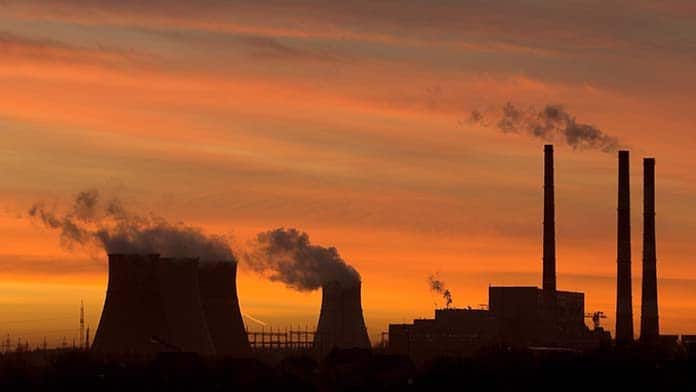 The competitive drive structured into capitalism prevents the rich and powerful from acting on the climate crisis, argues Feiyi Zhang

This summer will be remembered for Prime Minister Scott Morrison’s holiday in Hawaii whilst Australia burned red with apocalyptic skies and charred black forests. It is an image of our political leaders completely apathetic and indifferent whilst we are overtaken by climate horror.

But the forces standing against climate action are much bigger than just Scott Morrison, or even the Liberals and the major parties. It is an entire capitalist system embedded from head to toe in fossil fuels.

The climate crisis is so undeniable that even Conservative leaders like UK Prime Minister Boris Johnson are backflipping to declare that they accept the reality of climate change.

After previously scoffing that, “there is plenty of snow in our winters these days” he is now opportunistically arguing, “The evidence is overwhelming, and this phenomenon of global warming is taking its toll on the most vulnerable populations around the planet.”

NASA’s Operation Icebridge recently discovered that a cavity in the Thwaites ridge in the “Doomsday” glacier in Antarctica is melting much faster than expected. If the glacier melts it would send sea levels surging by 60cm and submerge major coastal cities.

It’s often said that everyone will be affected by climate change. Workers and the poor will be worst hit—as those least able to afford to move from disaster ravaged areas. But corporations and governments will also be dramatically affected.

Global investment firms like BlackRock are increasingly concerned about the “sustainability-related risks” that climate change poses to investments.

They have enormous sums to lose. Global not-for-profit Carbon Disclosure Project asked firms to calculate how they thought climate change would impact them financially. After analysing submissions from 215 of the world’s 500 biggest corporations, they found that they faced $1 trillion in losses within the coming decades, with a majority of those losses in the next five years or so.

Previous calculations published in the journal Nature estimated losses to the financial sector of between $1.7 trillion and $24.2 trillion.

But even given the scale of the climate crisis and the green rhetoric from some of them, governments and the rich and powerful are neither able, nor willing, to act to solve the disaster.

Instead they have sought to fiddle with market-based schemes or use accounting tricks to say they are divesting from polluting industries whilst emissions keep rising.

Capitalism, the economic system we live under, has a relentless logic of its own that forces companies and governments to operate according to its dictates.

Capitalism is not a rational system based on ensuring environmental sustainability or meeting human needs.

One third of global food production is wasted, according to a study for the UN food agency, whilst one in seven people do not have enough to eat. People die because of lack of access to medicines because pharmaceutical companies control patents.

Capitalism has produced destruction on a massive scale in the past—the two world wars killed over 100 million people and shattered whole economies. It has also taken us to the brink of nuclear annihilation during the Cold War.

Karl Marx spent decades trying to understand the system and explain its dynamics, culminating in his masterwork, Capital.

Marx argued that capitalism is based on the exploitation of workers and competition for profit.

At its heart is competition between rival companies—both within every country and across the globe. To survive, corporations need to not only guarantee their profits but remain competitive against other corporations, which are constantly looking to decrease costs and undercut their competitors.

One important way to do this is developing and installing new technology that is more efficient or requires fewer workers. Companies need to continually expand their profits to ensure they can stay at the technological cutting edge and prevent rivals taking them over.

Fossil fuels play a special role in capitalism—they became structured into the system’s DNA as it developed.

Coal was a central part of creating the first centres of capitalist industry in Britain. Coal power allowed factories to move away from traditional sources of energy next to water sources. Coal and steam engines allowed capitalism to become mobile and create cities.

The use of oil alongside the invention of combustion engines and aeroplanes transformed transport and war machines. As corporations grew and consolidated by the 1930s more than half of the biggest companies were based in fossil fuels. They are central not just to energy production but to industries from manufacturing to clothing, transport and agricultural fertilisers.

As ecologist Ian Angus wrote, “Fossil fuels are not an overlay that can be peeled away from capitalism, leaving the system intact. They are embedded in every aspect of the system.”

Reducing carbon pollution would mean huge costs to install new production methods in a whole range of industries—something companies are anxious to avoid.

A government in one country could force them to do so, but if their rivals in another nation don’t have the same requirements then they can produce their goods more cheaply, sell them on the global market at a lower price and drive others out of business.

This leaves each individual corporation and government paralysed when it comes to addressing climate change.

They can see the threat it poses to profits and their own national economy in the long term. But each company has to remain profitable in the here and now—or it faces going bust. And their power, their military might and billions of dollars are at stake.

This is why governments across the globe have been unable to agree on the coordinated international action on climate change that is needed. This is why the UN climate convention talks, which began back in 1992, have produced 25 years of failure.

Countries like the US, Saudi Arabia and Australia which are more carbon intensive have acted to sabotage global action because they know it would impose higher costs on their own economies than on their rivals.

At the last summit in December, Australia disgracefully argued to use an accounting trick of carrying over carbon credits from the previous Kyoto Protocol period to count towards its 2030 carbon emissions target.

As long as digging up and selling fossil fuels remains profitable, regardless of the extent of the environmental disaster or social crisis it causes, corporations and governments will still invest in carbon, oil or gas.

Even if one company or investor divests from fossil fuel production, another will pick up its mines and oil rigs and keep them running if they can make a profit.

To act on climate change would require a massive writing down of trillions of dollars in current and future investment in fossil fuels—on a scale that has never been seen before under capitalism.

It is estimated that 33 financial institutions have provided an estimated total of $1.9tn to future investments in the fossil fuel sector just between 2016 and 2018. The rich and powerful will fight to defend this wealth with all the means at their disposal.

The scale of the climate crisis means that some people think that governments and corporations will eventually have to act or are already beginning the transition to renewable energy.

Although we already have the technologies to transition to 100 per cent renewables within a decade, the wealth invested in fossil fuels and the competitive nature of the system has prevented renewable power being built on the scale needed.

The new wave of green technologies in renewable energy and electric vehicles are still marginal to capitalism compared to the use of fossil fuels—and, if it’s left to the capitalist market, they are not going to replace them in the timescale needed.

A projection in September by the US government Energy Information Administration found global coal use would remain steady until 2040 and then increase.

While renewable energy use is expected to grow, it would simply meet the huge increase in electricity demand over the coming decades.

Instead, as the climate crisis heightens, so does “greenwashing” by corporations and governments to sell the idea that there is action being taken on climate change whilst business continues as usual.

Norway is one country that is celebrated for decarbonising its economy. Last year Norway’s enormous sovereign wealth fund announced that it would divest from fossil fuel investments. But, in fact, it would still own shares in major oil companies like BP and Shell because they have renewable energy divisions—despite the fact these are a tiny part of their operations.

The country also “decreases” its emissions by buying offset permits from other countries. With emissions projected to decrease by only 12 per cent by 2030 under current policies, Norway would only meet its 40 per cent target through forest sinks or offsets.

We need to fight for system change; for solutions that break from the logic of the profit system by demanding government investment in publicly-owned renewable energy.

To win this will require a massive fight against the power of the fossil fuel industry and the political establishment—and the logic of the system itself.

Ultimately, we need to fight for a socialist society based on democratic planning, to ensure a sustainable society that is capable of making the emergency transition needed to tackle the climate crisis and organise an economy to meet human needs.