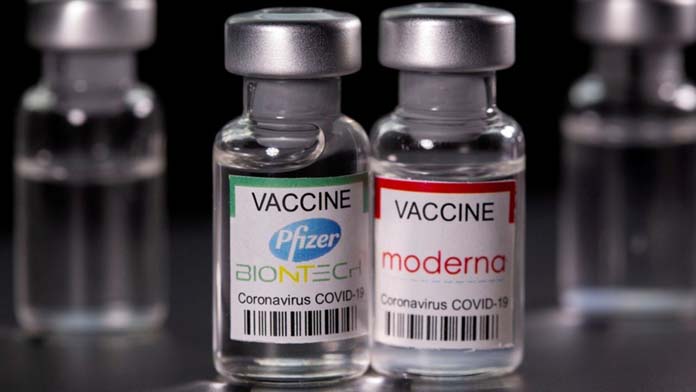 With governments around the world bankrolling the development of COVID vaccines, Big Pharma is expecting big profits this year. But millions of people around the world still can’t get a jab.

At least nine new billionaires have been created as a result of profiteering from COVID vaccines.

A further eight existing billionaires have seen their combined wealth grow by $32.2 billion as a result of stakes in pharmaceutical companies producing the vaccines according to a report from Oxfam.

As wealthy countries, including the US, UK and Australia, stock pile more than 87 per cent of available vaccines, only 0.2 per cent of vaccines have been left for people living in low-income countries.

At the current vaccination rate, the People’s Vaccine Alliance, a coalition of non-government organisations, estimates it will take 57 years for low-income countries to fully vaccinate their populations.

Many of these countries are also reckoning with second and third waves of the virus, with our neighbours in the western Pacific region recording their highest incidence of deaths as a result of COVID to date.

But the combined wealth of these new billionaires of $19.3 billion would be enough to vaccinate the populations of low-income countries 1.3 times over.

Topping the list are the CEOs of Moderna and BioNTech at more than $4 billion in wealth each.

These private companies profiteering from the crisis are doing so off the back of massive public investment. Globally over $146 billion in public money has been invested in developing COVID vaccines.

Moderna alone received $2.5 billion from the US Government, making its vaccine largely publicly funded. And Moderna is expected to record its first ever profit this year of $US18.4 billion.

Pfizer, one of the pharmaceutical companies which decided to sell its vaccines for profit, has made $3.5 billion in revenue from its COVID vaccine in the first three months of 2021 alone. And it expects to make a whopping $26 billion in profit this year.

Pressure is on for big pharma’s monopoly on the COVID vaccines to end, with the People’s Vaccine Alliance saying: “These monopolies allow pharmaceutical corporations total control over the supply and price of vaccines, pushing up their profits.”

But at the G20 Global Health summit last month, the rich countries offered no real commitment to fixing the vaccine inequalities.

Instead, a US-backed proposal brought by South Africa and India to waive intellectual property protections for the COVID vaccines was watered down by countries like the UK and Germany, which are home to large pharmaceutical industries.

The final declaration of the summit included a voluntary, not compulsory, commitment to transfer intellectual property rights.

While some G7 leaders including the US, UK, EU and Australia have pledged to donate 1 billion vaccine doses this year, Niko Lusiani from Oxfam America has said: “That’s still a drop in the bucket compared to the need across the world.”

Privatisation and profiteering has also derailed the distribution of vaccines across Australia, with tenders being given to private health companies to manage the rollout in aged care.

The Morrison government’s shambolic vaccine rollout has seen only 2.7 per cent of the population fully vaccinated to date, despite aiming to have the entire population vaccinated by October.

The Government refuses to tell us how much they’re spending to privatise the rollout but $155.9 million was allocated in the 2021 federal budget to private contractors to deliver COVID vaccines.

The four contractors—Aspen Medical, Healthcare Australia, International SOS and Sonic Clinical Services—all have a history of donating to the major political parties, with Sonic donating more than half a million dollars to the Liberals between 2011 and 2017.

The government claimed all aged care residents and staff would be vaccinated in the first six weeks of the rollout. But as Melbourne entered its fourth lockdown, Federal Health Minister Greg Hunt revealed there were 74 residential aged care homes that were yet to receive a single dose of a vaccine, including 16 in Victoria.

But aged care providers who ordinarily deliver the influenza vaccine to their clients have been told they must apply for a tender to deliver the COVID vaccines.

Putting public health in the hands of private companies is a crime. Publicly funded healthcare should distributed on the basis of human need, not corporate greed.