NTEU’s failure to condemn transphobic academics no grounds for quitting 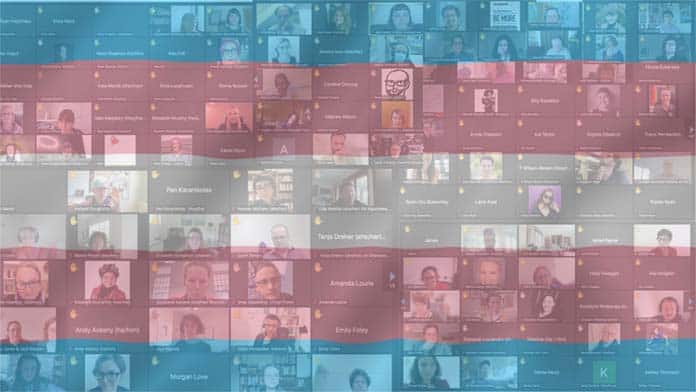 At the recent national council of the National Tertiary Education Union (NTEU), the union that represents university workers, the union’s queer caucus (QUTE) was met with hostile amendments to a motion against transphobia.

The union leadership moved an amendment to remove the criticism of “hate speech that is masquerading as academic work” and to remove mention of “gender critical ideology” from the QUTE motion.

“Gender critical” is a relatively new and little-known term, used by transphobic feminists and others to legitimate anti-trans activism.

UK academics Ruth Pearce, Sonja Erikainen and Ben Vincent explain that: “While many (but not all) trans people and allies describe trans-exclusionary feminist campaigners as ‘TERFs’, the campaigners themselves generally object to this acronym.

“In recent years, many have preferred to call themselves ‘gender critical’—a term that denotes, less a critical approach to gender, and more an emphasis on claiming ‘biologically defined’ notions of femaleness and womanhood over gender identity and social concepts of gender.”

The national council motion which was carried with the leadership’s amendments has reignited the debate within the union over trans rights and academic freedom.

The union leadership’s objection to the QUTE motion was that it contradicted the principle of academic freedom.

But there is no contradiction between criticising transphobic ideas and supporting academic freedom. As the NTEU’s own rules state: “Intellectual freedom rights do not include any right to vilify, harass, intimidate or otherwise act unlawfully.”

Experts on academic freedom in Australia, Carolyn Evans and Adrienne Stone, explain that although it is often conflated with generalised freedom of speech, academic freedom distinctively: “Protects the pursuit and dissemination of knowledge through free inquiry and ensures that university research and teaching is authoritative and unbiased.”

Transphobic activism does not fit this definition.

This kind of activism is not an example of “academic freedom” or legitimate “intellectual inquiry”. Accepting it as such surrenders the union’s important role in standing up to bigotry, including racism and transphobia.

Academic freedom has recently been used as a smokescreen for “anti-woke” campaigning designed to legitimise a whole range of racist and bigoted ideas. Examples include the new Journal of Controversial Ideas, host to transphobic arguments and a defence of blackface, or the online “University of Austin”, host to anti-Palestine and anti-trans campaigners.

The real challenge to academic freedom in Australia is not “wokeness” or “political correctness” but the gutting of public funding for universities. The reliance on private funds not only skews the kinds of research that is acceptable but in extreme cases has seen fossil fuel companies making changes to climate change research, or the racist Ramsay Centre teaching “in favour of” Western Civilisation, rather than about it.

The amendment to remove criticism of hate speech and “gender critical ideology” was pushed by the NTEU’s general secretary, Matt McGowan. It was not discussed with the queer network or its convenor, who had drafted the motion. The national council passed the amendment by 55 votes to 31.

Unionists are rightly angry about the leadership’s amendments. The union should not shy away from actively campaigning against any form of hate speech, whether racist or transphobic. Hate speech is never legitimate or defensible academic work, and it is extremely concerning the leadership saw it necessary to remove the obligation to fight transphobic hate speech.

And although some members may hold transphobic ideas, it’s important that the union collectively oppose bigoted ideologies, including “gender critical” ideology. Failing to do so undercuts solidarity and makes it harder to build a union that can genuinely unite workers across race, gender and sexuality.

Members of Socialist Alternative spoke in favour of the leadership’s amendment, arguing that the original QUTE motion would have put people’s jobs at risk. But neither criticising gender critical ideology nor campaigning against hate speech means supporting sackings. The motion could have been amended in good faith to explicitly oppose sacking people, without watering down important elements of its opposition to transphobia.

There is no contradiction between opposing threats of sacking and taking a principled stand against all bigoted ideology. The union opposes Islamophobia without campaigning to sack academics who choose to prop it up. In the UK the University and College Union Sussex branch recently criticised the University of Sussex for defending transphobia under the guise of academic freedom and failing to stand up for respect and dignity for trans students and staff, while at the same time insisting: “We do not endorse the call for any worker to be summarily sacked.”

Following the national council, some criticism of the leadership’s amendments has turned inwards. Some union members called on trans supporters to leave the union in protest or to publicly “out” national council members who supported the motion.

But responsibility for the amended resolution lies with the union leadership, not the union membership as a whole. Not everyone who supported or spoke to the leadership’s amendments was a bigot. Many simply listened to the leadership’s argument that it would contradict academic freedom and most probably knew little about “gender critical” feminism.

Many NTEU members have protested transphobia at the University of Melbourne or voted in enterprise bargaining to support gender affirmation leave.

Calls to leave the union are counter-productive and self-defeating. Leaving the union not only leaves internal transphobia unchallenged, it will mean the union is less able to fight the real enemy: the Liberals and university management who are responsible for transphobia.

Trans workers face systemic transphobia, from transphobic bullying, misgendering at work, electronic systems not designed for trans people to navigate or change their gender, using the bathroom being a complicated ordeal, or just street harassment. This can only be fought collectively.

Adjunct Lecturer Karen Pack was fired from her job at Morling College last year after her marriage to another woman. And the Liberals’ Religious Discrimination Bill threatens to entrench this kind of discrimination nationally, a threat to trans people working at religious institutions such as the Australian Catholic University.

A strong NTEU and a strong union movement played a central role in the fight for equal marriage, and the same is true for the fight against transphobia. At Sydney Uni, as part of the enterprise bargaining the NTEU branch recently won 30 days leave for gender affirmation activities, which would support trans workers to stay in employment while undergoing various forms of gender transition. Other union branches have now put up similar claims.

Organising among rank-and-file union members is the key to winning gains. Last year unionists successfully petitioned to remove a transphobic feminist from the leadership of QUTE.

In response to the transphobic amendments carried at the national council, more than 130 people joined a QUTE emergency meeting, likely the biggest national union meeting dedicated to trans rights in Australian history.

The meeting voted to strongly condemn the leadership’s amendment. It called for the union to take a clear stand on transphobic hate speech, to take a fighting stance on Morrison’s Religious Discrimination Bill, for gender affirmation leave and for the right to self-identification and bathrooms.

The meeting also asserted that: “QUTE is not calling on members to leave the National Tertiary Education Union, but rather to actively campaigning at the rank-and-file level against systemic transphobia.”

This unprecedented meeting marks a step in the right direction to countering transphobia in our unions and everywhere. A rejuvenation of rank-and-file QUTE networks could encourage a sorely-needed fight against everyday transphobia, and help hold the union leadership to account.

With upcoming strikes across universities, there is no more important time to join the union and stand for LGBTI+ rights.