Australia beats the drums of war and fuels confrontation with China 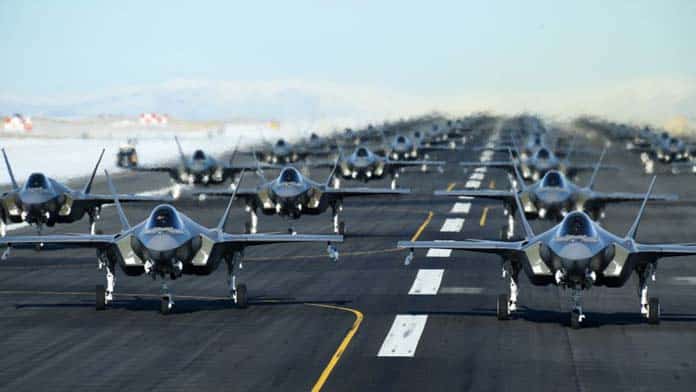 Australia’s rulers are feeding a conflict that could see war between two nuclear-armed powers, the US and China. It’s madness.

Recent weeks have seen a barrage of official comments talking up the prospect of war. First it was senior public servant Mike Pezzullo, warning staff on Anzac Day that the “drums of war” were beating and the country had to be prepared to fight.

Then newly minted Defence Minister Peter Dutton gave a series of interviews, declaring that the prospect of a Chinese attack on Taiwan “should not be discounted”.

Australia was “already under attack”, he claimed, through cyber hacking against businesses and government organisations.

All this comes following months of increasing tensions between the Australian government and China.

The hyped-up rhetoric is a sign the Australian government wants to prepare us for the chance of actual military conflict and justify increased military spending. Dutton told the media he wanted to have a “more frank discussion with the public” about China’s intentions.

A propaganda offensive to build support for military confrontation has followed.

Dutton tried to put the blame solely on China, saying its government had been “very clear about their strategy, their approach and their desires”. The media has marched in lockstep, with even The Sydney Morning Herald and The Age fanning the anti-China offensive, running interviews with Peter Dutton and breathless stories on “the military view” that there was a “high likelihood” of war, based on leaked comments from an SAS briefing.

Although Labor has criticised the government’s language, it is in full agreement on the underlying approach. Former Labor Prime Minister Kevin Rudd, despite criticising Dutton, agreed “changes in Chinese policy and posture under a much more assertive Xi Jinping” were ultimately to blame.

But the Australian government, like its US ally, has gone out of its way to inflame conflict.

After introducing new “foreign interference” offences in 2018, it last year gave itself the power to cancel any agreement with a foreign power by state governments, universities or councils. Both were aimed squarely at China, with Victoria’s token participation in the Belt and Road investment program the first to be torn up.

The Australian government also made a point of demanding humiliating terms for the investigation into the origins of the COVID-19 pandemic in China. Before that Australia led the way in banning Chinese firm Huawei from its 5G network, in a move that has been followed by US allies including the UK, Canada and India. The company’s profits have taken a big hit as a result.

Australia has also stepped up naval operations in the South China Sea, where China has built bases on a series of islands with disputed ownership.

China has responded with a series of trade bans targeting Australian exports.

What’s behind all this are growing fears in the US about the threat China poses to its own power. In global terms the US has been the dominant military and economic power since 1945—and will remain so for decades.

But China’s rapid economic growth, and its enormous population, mean it has the potential to eclipse the US as the world’s largest economy and build a powerful military. This is a challenge to the US’s capacity to write global rules and bend other states to its will.

This has seen the US adopt a strategy of trying to weaken China. President Joe Biden has maintained Trump’s trade tariffs and technology bans on selected Chinese companies and is working to shore up alliances with China’s neighbours Japan and India.

China is still Australia’s most valuable export market, worth $13.4 billion between January and March, due above all to iron ore.

Yet the Australian ruling class remains determined to throw its weight behind continued US supremacy.

The US alliance remains central to Australian policy, not because of any US bullying, but because Australia’s rulers see it as ensuring their own power in the region.

Australia is a regional imperialist power in its own right, with military spending greater than Indonesia, Thailand, Malaysia and the Philippines combined. It has historically sought to dominate the island states of the South Pacific, including Fiji, Papua New Guinea, the Solomon Islands and Vanuatu, in order to exclude military rivals and secure sea lanes.

As Dutton himself put it: “There are many approaches to Australia from the north and the west … we need to make sure we are in a position to defend those waters.”

China is an authoritarian one-party state. But in Australia, our main responsibility is preventing our own government from stoking the drive to war—and ending the US alliance that is feeding it.