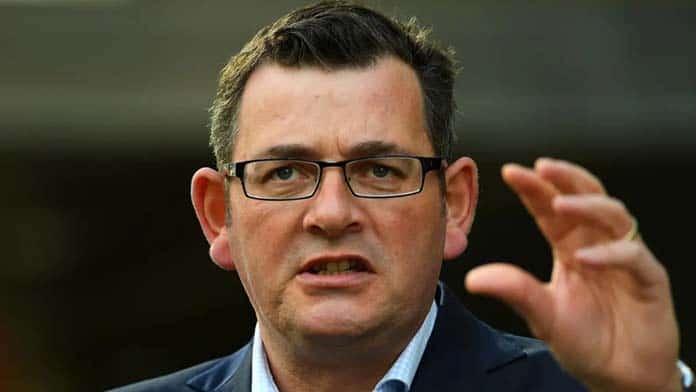 Labor’s Daniel Andrews is widely predicted to win the Victorian election on 26 November.

While Andrews has been tarnished by allegations of pork barrelling and misuse of public funds, Liberal leader Matthew Guy is no better. His chief of staff resigned when it was revealed he asked a billionaire donor to pay over $100,000 to a company he ran. Guy himself held a notorious “lobster dinner” with a Liberal donor and alleged Mafia boss in 2017.

Guy’s racist campaign against “African gangs” failed in 2018, but he is still peddling division. He has pledged to make it easier for religious schools to discriminate against LGBTIQ+ people and is also scaremongering about the families of Islamic State fighters being allowed to return to Victoria.

Bringing back the SEC

Labor’s announcement that it would bring back the State Electricity Commission (SEC) to build publicly-owned renewable power has been welcomed by the union and climate movements.

It promises to build 4.5 gigawatts of public renewable energy with a renewable energy target of 95 per cent by 2035. But the $1 billion investment is only a fraction of the $180 billion needed in coming decades.

And the new projects won’t be fully public-owned. The government will have a “controlling interest” with the remaining investment coming from “like-minded entities” including super funds.

Labor is also promising the introduction of three and four-year-old kindergarten, a free public IVF service, cheaper public transport and a sick pay guarantee for casual workers in industries like hospitality, security, retail, disability and aged care, although this is only a two-year pilot.

But Victoria’s claim to be “the most progressive state in the nation” leaves out some inconvenient facts.

The Andrews Labor government has imposed an insulting 1.5 per cent pay rise cap on public sector workers including teachers, meaning a hefty pay cut after inflation. This is even less than the 2.5 per cent under NSW’s Liberal government.

Spending on social housing in Victoria is less than half that of NSW, and even less than smaller states like Queensland and WA. This has resulted in the waiting list increasing under the Labor government.

But Labor’s plans won’t reverse the historic decline in public housing. According to Sarah Toohey, chief executive of the Community Housing Industry Association, “To catch up to the national average of 4.5 per cent, we need to be building around 6000 units a year for the next 10 years.”

Only $300 million will go to public housing, with the rest for not-for-profit “community housing”, where residents often pay higher rents, and have worse tenancy rights

Instead the Labor government has spent massively on the police and prisons. Since 2013 Victoria’s spending on this has increased faster than that on health and education.

Authoritarian policing has typified Daniel Andrews’ government, as seen in its enthusiasm for lockdowns and vaccine mandates. These could hurt Labor in outer-suburban working class electorates like Melton and Werribee.

Victoria Police is now bigger than NSW Police even though Victoria has a much smaller area and population.

Monique Hurley from the Human Rights Law Centre said that “Victoria is in the midst of a mass imprisonment crisis,” explaining that it “has some of Australia’s most dangerous and discriminatory bail laws that are needlessly removing people from their families and funnelling them into prisons to be warehoused on remand.”

Andrews introduced draconian bail laws after the Bourke Street killings in 2017, resulting in a sharp rise in the number of women, Indigenous and disabled people in prison.

The number of prisoners awaiting trial has increased by 143 per cent since 2014. Aboriginal and Torres Strait Islander people in prison tripled between 2010 and 2020.

The Victorian government also recently passed a law targeting protesters, increasing the penalty for disrupting logging to a maximum of 12 months’ jail and a $21,000 fine.

Many people will vote 1 Greens 2 Labor to show their support for better public services and housing. The Greens are expected to hold onto the inner city seats of Prahran, Melbourne and Brunswick, and hope to add new seats including Richmond. They are promising progressive measures such as building 200,000 public and affordable homes, paid for by taxing the banks.

Unions have wound down industrial action to fall behind Labor, with the teachers’ union calling off strike plans earlier this year, accepting the 1.5 per cent pay rise—in contrast to NSW and WA, where public sector unions are striking for decent staffing and pay.

Extinction Rebellion (XR) has disrupted the fossil fuel industry and its cosy relationship with the South Australian Labor government.