How NATO and the West fuelled the war in Ukraine 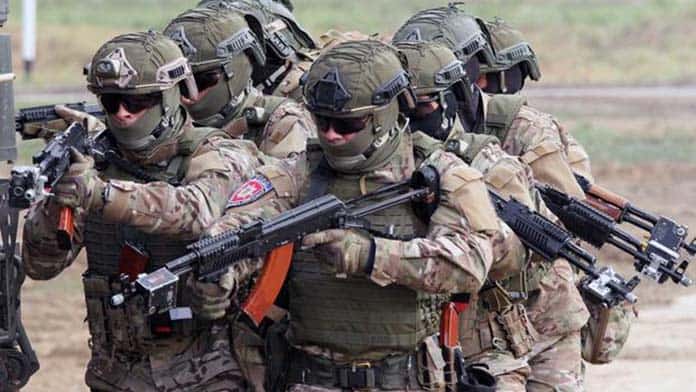 Russia’s invasion of Ukraine has been bloody and brutal. Socialists oppose Russia’s military aggression. But the key issue in understanding imperialist war is not simply who fired the first shot. The path to war in Ukraine began long before Russian tanks crossed the Ukrainian border.

Ukraine has been pulled back and forth between Russia and the West in a competition for control of its economy and territory.

The US and NATO have spent billions trying to pull Ukraine under its influence—and sabotaging any effort for it to remain neutral.

Since the collapse of the Soviet Union in 1991, NATO has relentlessly expanded its influence in Europe to incorporate former Soviet republics.

Russia has long viewed the expansion of the NATO military alliance into Eastern Europe, right up to its borders, as a threat to its own security.

Putin made it clear in 2007 at the Munich Security Conference that Russia would consider further NATO expansion to include Ukraine and Georgia as “a serious provocation”. The following year he declared it “a direct threat to the security of our country”.

Last November he declared that Ukraine joining NATO would breach Russia’s “red lines” because it could see US missile systems so close to Russia’s borders that, “the flight time to Moscow would be 7-10 minutes, and five minutes in the case of a hypersonic weapon”.

But the US and NATO were determined to extend their military influence regardless of the threat of war.

In 2004 Ukraine was the scene of a US-backed “colour revolution”.

This was designed to prevent Viktor Yanukovych, more sympathetic to Russia, from winning the election. After he was declared the winner, the US-backed movement managed to force him out amid evidence of vote rigging.

His rival backed the interests of a section of Ukraine’s billionaire oligarchs who thought the West could deliver them greater fortunes. Yanukovych was also a friend of the oligarchs but his backers made their money from connections to Russia.

Ian Traynor wrote in The Guardian, “The campaign is an American creation, a sophisticated and brilliantly conceived exercise in western branding and mass marketing.” Ukraine was the fourth country in four years where the US had tried the effort, following Serbia, Georgia and Belarus.

It spent an estimated $14 million funding campaign organisations, and hiring and training activists to pull off the effort.

The new government declared its intention to attain “full membership in NATO and the European Union” in 2005, after the president visited Washington.

But after the US-backed government did nothing to improve the lives of ordinary people, Yanukovych made a comeback, winning the election in 2010.

His axing of an association agreement with the EU in favour of a deal with Russia for a bailout on Ukraine’s debts sparked the Euromaidan protests of 2013-14. These were fuelled by a mix of hatred for Ukraine’s oligarchic elite, illusions that joining the EU would bring democracy and prosperity, and Ukrainian nationalism.

Again the US spent undisclosed sums on “democracy promotion”. Republican Senator John McCain and Democratic Senator Chris Murphy travelled to Kyiv and spoke at one of the protests.

After Yanukovych was forced from office, Victoria Nuland, Assistant Secretary of State for European and Eurasian Affairs, was exposed discussing which opposition contender should be supported as the new president in a phone call with the US ambassador. Their man triumphed.

The new government signed an agreement preparing the way for joining the EU.

Putin responded with military force, sending in troops to annex Crimea and to support separatist groups in two eastern provinces, Donetsk and Luhansk.

Ukrainian troops served alongside the US and NATO in Iraq and Afghanistan. Following Russia’s military action in 2014, it also made joining NATO “a priority”.

Since 2014 the US has continued to militarise the country, spending over $2.5 billion on arming and training the Ukrainian military. Under the Trump administration, this was stepped up to include “major defensive lethal weaponry”, according to a UK parliamentary library report.

In addition, other NATO countries have provided further equipment and support, including no fewer than 16 separate “capacity building programs and trust funds”, in areas from command and control, to logistics and cyber defence.

The NATO summit that month affirmed the 2008 decision, which had been on hold, that Ukraine would become a member.

A months-long standoff followed as Putin sent large numbers of troops to Ukraine’s borders. The US continued to insist that Ukraine had a right to join NATO. Putin’s response was a bloody war to put a stop to it.

It is the people of Ukraine who are paying the price for the arrogance and imperialist jockeying of both the US and Putin.

The West’s actions show that they have no real concern for the people of Ukraine. After the Soviet Union collapsed in 1991, US-imposed economic “shock therapy” led to an unimaginable disaster for Ukrainians.

The economy was the fifth worst performing in the world between 1990 and 2017, with the scale of the collapse meaning its economy has still not returned to the size it was in 1991.

As in Russia, a handful of oligarchs were allowed to loot the economy, buying up industries in a privatisation fire sale.

After the Russian invasion of 2014, the government had to go to the IMF for bailout funds so that it could keep paying off its debts. The West has demanded further austerity as the price of support—the most recent deal forced Ukraine to raise taxes through higher power prices and pension contributions, alongside savage cuts to welfare spending.

Many Ukrainians believe that EU membership would bring prosperity and higher living standards. But the history of Western economic punishment of Ukraine shows this is an illusion.