Labor never campaigned on clear call to tax the rich 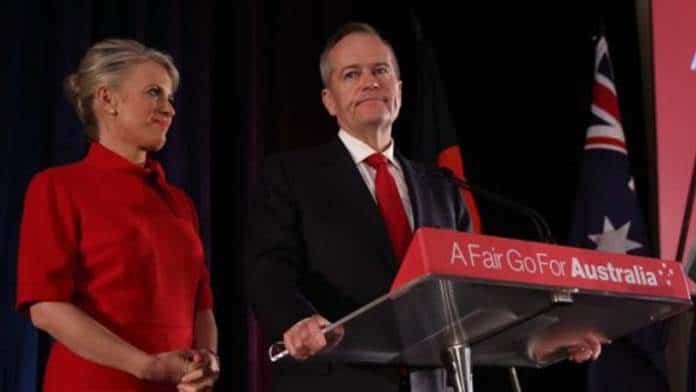 In the aftermath of Labor’s shock election loss, commentators have blamed its plans as too radical and ambitious.

But the real failure was their unwillingness to fight for their policies as attacks on the rich, and necessary to enable spending to improve the lives of poor and working class people.

In Queensland this was mixed with opposition to their position on the Adani mine, which suggested they were a risk to jobs in the coal industry.

The Liberals’ scare campaign against their plans on franking credits and tax led many ordinary workers and retirees to fear they would be worse off.

Yet this was a policy that targeted wealthy shareholders and meant cancelling payments worth $4.4 billion in the first year. ANU academics Ben Phillips and Matthew Gray found that franking credit payments are “heavily concentrated” within the top 10 per cent of income earners—who receive $2600 a year on average. Many receive nearly $12,000 a year. Those in the bottom 60 per cent receive less than $200 a year—most much less. And Labor exempted the bulk of pensioners from any losses.

But instead of responding to the Liberals’ attack with a clear argument that this was a handout for the rich, Labor tried to position its plan as responsible economic management. On ABC’s 7:30 program Shorten denied that the franking credits policy had a redistributive agenda and said the change was necessary to “close loopholes” that were “eating the budget”.

In the election debates he argued the payment was “not sustainable” and that, “This nation can’t keep giving money in the form of a tax cheque to people who didn’t pay tax.”

Labor wanted to both reassure big business that its plans were economically responsible as well as appeal to workers on the basis of hitting “the top end of town”. This meant it ended up with mixed messages.

Labor’s changes were hardly radical and did not inspire any kind of social movement in their support. They are nothing like the hopes of change that have produced a real increase in Labour Party membership and activism in the UK around the left-wing policies of British Labour leader Jeremy Corbyn.

In the face of the barrage of negative ads from the Liberals and Clive Palmer, such a people power movement could have made a real difference.

Instead Morrison’s scare campaign tapped into a lack of trust for Bill Shorten and change proposed by the major parties. The level of disillusionment with official politics is at very high levels after decades where Labor and the Coalition have both imposed neo-liberal reforms that have delivered cuts to living standards along with privatisation and declining services.

The vote for non-major party candidates rose to a record 24.6 per cent this election.

Bill Shorten has never been a popular figure, with his history as a factional operative in the Labor Party involved in the assassination of Labor’s last two Prime Ministers. He personifies the machine man who people see as standing for nothing.

Shorten was anything but well placed to convince people that Labor offered change that would make their lives better.

And because Labor failed to explain its changes, it was left open to a scare campaign about what they were really planning, and who could lose out. Many workers and pensioners were worried they could lose money.

The party is now set to move to the right, concluding that it needs to chase aspirational voters who saw its policies on negative gearing and franking credits as an attack on their efforts to accumulate wealth.

Labor is likely to adopt an approach even more like the Liberals.

This would be a disaster. It has been Labor’s embrace of neo-liberalism and pro-business policies that has been responsible for eroding its support base and credibility over recent decades, since the period of the Hawke and Keating governments.

The number of people who describe themselves as stable life-long Labor voters has fallen from 33 per cent before Hawke came to power in 1979 to 16 per cent at the last election, according to the Australian Election Study. Its primary vote this election of 33.5 per cent was only 0.2 per cent above its lowest ever result in 2013.

Far from a shift to aspirational attitudes, there has been consistently high public support for increased taxes on corporations and the rich over recent decades. Around 70 per cent of people think government should spend more on services and 60 per cent think high income earners don’t pay enough tax, according to Per Capita’s tax surveys over many years.

It was Labor’s failure to clearly put that forward that cost it the election.