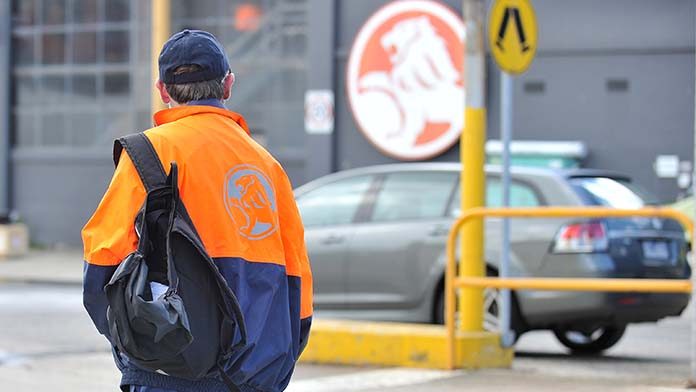 The calls to accept wage cuts or forego wage rises won’t save jobs, they will simply encourage bosses to demand even more concessions, argues David Glanz

The pandemic has led to more than a million workers losing their jobs or being stood down. Others have lost hours. The fear of unemployment and the hardship it brings is very real.

In response, the Morrison government and the employers have gone on the ideological offensive, arguing that flexibility and wage cuts can save jobs.

The message is particularly focused on the hospitality sector, which has seen the most sackings, retail and other service industries. But universities are also on the front line.

The government is arguing that if workers are prepared to accept fewer hours or to give up penalty rates, then employers can afford to keep on more workers.

It is an echo of the idea pushed in the 1970s by Clyde Cameron, a left minister in the Whitlam government, that “one person’s wage rise is another person’s job”.

Then, the union movement was willing to resist. Sadly, today the ACTU has bought the argument, applying with employer groups to the Fair Work Commission to increase “award flexibility” in the light of the pandemic.

Four awards covering more than two million workers have been amended, covering clerks, general staff in schools and workers in restaurants and hospitality.

Meanwhile the leadership of the university union, the NTEU, has negotiated a framework agreement that it claims may save 12,000 jobs (out of 30,000 under threat) by making a raft of concessions that include temporary pay cuts of up to 15 per cent.

All the bosses’ Christmases have come at once. Those covered by the clerks award, for example, can be told by their manager to do any task they are capable of doing.

School admin staff can have their hours cut by a quarter. Permanent university staff can be made to take on tasks previously carried out by casuals.

As Christian Porter, the Attorney-General gloated: “So behind the scenes, in a quiet and cooperative way, there have been a series of reforms to modern awards and the IR system … It’s probably fair to say that there’s been the type of change in three weeks inside the award system that you might otherwise wait 30 years to see.”

Lessons of the past

Some will argue that workers must be pragmatic and do what it takes to hold on to a job in extraordinary times. But the argument that wage cuts save jobs doesn’t stand the test.

In 1934, the wage cut was reversed by the Arbitration Commission (forerunner to Fair Work). Unemployment fell to 17.9 per cent that year and to 15.5 per cent just before the Second World War.

In June 2013, Holden asked its factory workers to take a pay cut of up to $200 a week or risk the company shutting its Australian manufacturing operations.

They accepted the cut—and the company waited just months to announce it was shutting down in 2017 with the loss of 3000 jobs in Adelaide and Melbourne. Meanwhile, the parent company, General Motors, was boasting of a fourth consecutive year of profits.

In recent times, workers in the federal public service have received meagre pay rises at or around CPI— but there has been no reward in terms of staffing levels. Overall headcount has fallen from a peak of more than 167,000 in June 2012 to 147,237 in June 2019.

The argument that wages and jobs are linked comes up in other ways. Employers routinely argue against decent increases to the minimum wage, yet when Reserve Bank of Australia researcher James Bishop analysed the data in 2018, he admitted that increases in the minimum wage “appear to have had little adverse effect on hours worked or job loss”.

In 2017, the Fair Work Commission approved cuts to penalty rates paid to retail and hospitality workers on Sundays and public holidays, arguing that the move would lead to more trading hours “and an increase in overall hours worked”.

Two years later economists Martin O’Brien and Ray Markey carried out a survey and concluded, “We were unable to establish any evidence of a relative increase in the prevalence of Sunday, public holiday or weekly employment for modern award employees or employers.” In other words, cutting penalties had not increased jobs.

The argument that a wage cut can save jobs relies on the apparently common sense assumption that the economy is like a pie—the larger the slice for one group of workers, the less for others.

Karl Marx took up this issue more than 150 years ago, arguing against those in the workers’ movement who said that unions shouldn’t fight for pay rises as workers would simply end up worse off.

In two speeches in 1865, later published as the pamphlet Wages, Price and Profit, Marx showed the double fallacy in the pessimists’ argument.

First, he pointed to the dynamism of the system. The pie sometimes shrinks, but it’s often growing.

That might seem hard to believe in the midst of the current crisis, but from just 2015 to 2018 world gross domestic product (GDP) rose by 10 trillion US dollars.

More importantly, Marx showed that within certain limits (starvation for the workers on the one hand, total seizure of profits from the capitalists), how that wealth was distributed was decided by struggle.

He wrote, “The will of the capitalist is certainly to take as much as possible. What we have to do is not to talk about his will, but to inquire into his power, the limits of that power, and the character of those limits.”

Marx acknowledged that the working class needed to look beyond “these unavoidable guerrilla fights incessantly springing up from the never-ceasing encroachments of capital” to a new society which would end the wages system.

But he was clear that in the here and now, workers needed to fight to avoid being “degraded to one level mass of broken wretches past salvation”.

We can see how Marx’s arguments have been vindicated over the past 30 years as working class struggle in Australia has declined.

Workers should be much better off. Yet the share of GDP going to workers collapsed, from more than 55 per cent of GDP in the early 1980s to 46.5 percent in the March quarter of 2017, the lowest point since 1960.

As Jim Stanford, Director of the Centre for Future Work, put it, “The labour share began to decline rapidly after 1984, initially due in part to the effects of the Prices and Incomes Accords system launched in 1983 by the new Labor government (led by Bob Hawke) and the trade union movement.

“The Accord process was aimed at restricting wage growth and boosting profits, purportedly to ameliorate the effects of ‘excessive’ wage growth in previous years.”

The Accord put a brake on industrial action, encouraging first the Keating Labor government and then the Howard Liberal government to impose the kind of restrictions on workers’ right to strike that would have been unthinkable in the 1970s.

The decline in struggle has been accompanied by increasingly meagre wages growth.

Far from moderation leading to more jobs, it has laid the basis for today’s assault on pay and conditions.

Then as now, accepting pay “flexibility” not only leaves workers worse off, it undermines traditions of resistance. When the ACTU goes along with pay cuts, it weakens the class’s memory of struggle.

As one Holden worker said in 2013, “We’ve done everything that can be done. We took the pay cuts, we took the other concessions.”

But there was so much more that could have been done. In 2013, they could have gone on strike, occupied the car plants and insisted either General Motors underwrote its Australian operations or that the government nationalised Holden.

Today, the transport unions could be calling mass protests at the airports, refusing to move aircraft on the ground to save jobs at Virgin.

There will be car convoys in Melbourne and Sydney for the NTEU national day of action but if the union leadership rejected cuts and instead put its efforts into mobilising thousands of members into convoys, we could be seeing city centres brought to a halt.

That would put political pressure on Education Minister Dan Tehan and give members confidence for in-person protests on campuses.

Every backward step encourages bosses to take more—more pay, more conditions, more jobs. Wage cuts do not save jobs. Instead, by breaking down hard-won habits of fightback and solidarity, they make it easier for employers to sack, casualise and dump conditions.

Workers are already bearing the brunt of the pandemic. It’s time to demand that the bosses pay the price of recovery.