Don’t side with xenophobia about threat from China 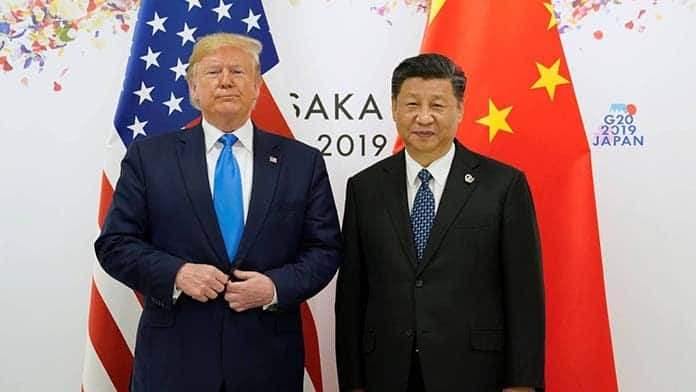 Recent weeks have seen a growing campaign against “Chinese influence” in Australia, mainly from right-wing figures in the Liberal Party. Now the Liberals’ own MP, Gladys Liu, has been targeted over her links to groups aligned with the Chinese government.

China’s government is brutally repressive. This has led some of those involved in the heroic protests for democracy in Hong Kong to back the warnings against Chinese government influence here. Academic Clive Hamilton, who authored the notorious anti-Chinese book, Silent Invasion, spoke alongside student activists from Hong Kong at a major forum in Melbourne.

But this campaign only reinforces Australian nationalism, and leads to siding with US imperialism against China.

It has also led to Chinese-Australians being treated as increasingly suspect and disloyal. Clive Hamilton’s book depicts them as a fifth column loyal to Beijing, alleging that, “The Chinese embassy and consulates pull the strings of hundreds, perhaps thousands, of Chinese-Australians in sensitive positions.”

This can only encourage racism, as it echoes the hysteria about Chinese migrants and the threat of the Yellow Peril used to justify the White Australia Policy and the Vietnam War.

The US confrontation with China is often portrayed as a new cold war.

Hard right Liberal MP Andrew Hastie made this explicit, declaring there was now “overt geopolitical rivalry across the Indo-Pacific” between the US and China, and comparing Australian thinking to the French complacency about the Nazis in the lead up to the Second World War.

Despite the desire to maintain lucrative trade deals with China, the Australian ruling class is solidly behind the US alliance. Up to 2500 US marines now rotate through bases in Darwin and the US tracking station at Pine Gap plays a vital role in US military operations globally.

US influence in Australia far surpasses anything China is capable of. The US embassy puts great effort into cultivating contacts in the Australian political system. Diplomatic cables released by Wikileaks revealed the regular parade of senior politicians feeding information to the US. Labor powerbroker Mark Arbib was one confidential contact, delivering regular briefings to the US embassy during the Rudd and Gillard governments. Numerous other Labor figures, including Bob Hawke (while head of the ACTU) and Bob Carr have done the same.

China is different from the West, the new Cold War warriors say, because it is a dictatorship that threatens “our democratic values”. But the ruling classes in Australia and the US are far more concerned about their own wealth and power than democratic values.

While protests and dissent do not pose any threat they are happy to tolerate them. Otherwise the response is swift. Queensland has just passed draconian anti-protest laws in response to demonstrations over climate change that blocked traffic. Workers are regularly handed individual $42,000 fines for taking unlawful strike action in Australia—the most glaring example of laws that ban the right to strike.

The Australian government has happily let the AFP trample on press freedom by raiding and threatening journalists. It has approved the prosecution of whistle-blowers who exposed Australia’s bugging of Timor Leste’s government offices.

The US has a far greater ability than China to interfere in other countries. The US military remains vastly more powerful than its rivals. Its 2018 military spending of $649 billion was almost three times that of China.

Author William Blum has catalogued how, “since 1945 the US has attempted to overthrow more than fifty governments, most of which were democratically elected, and grossly interfered in democratic elections in at least thirty countries.”

Its military interventions defend the profits of US corporations. In 1953 in Iran the US overthrew the elected government to stop it nationalising the country’s oil. In 1954, the US invaded Guatemala to remove a government threatening the United Fruit Company.

It has killed literally millions of people and left whole countries devastated—including Iraq where at least one million died as a result of its invasion and occupation from 2003.

After the Egyptian army overthrew the elected Muslim Brotherhood government in 2013, the US continued delivering them $1.3 billion in military aid each year. It supports and arms dictatorships across the Middle East including Saudi Arabia, notorious for ordering the gruesome murder of journalist Jamal Khashoggi.

Australia’s alliance with the US has seen the Australian government continually aiding and abetting the US’s dangerous and aggressive moves around the world, mostly recently its efforts to isolate Iran in the Persian Gulf.

We should reject the nationalist cheer-leading and the racism that is part and parcel of the scare-mongering about “Chinese influence”. The real threat to democratic rights in the Asia Pacific is US imperialism and the US-Australia alliance.