Kurds abandoned by US imperialism—again 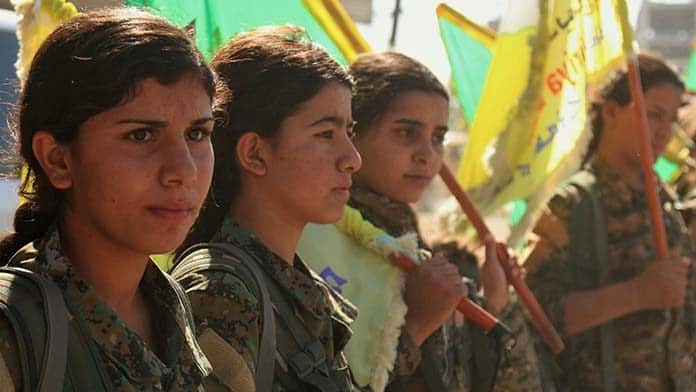 Turkey has begun a military offensive against Kurdish areas of northern Syria, after US President Donald Trump announced the withdrawal of US troops giving the green light for the operation.

Once again the Kurds, used as a proxy force by the US to fight Islamic State—as well as to limit the influence of Russia and Iran, their rivals in Syria—have been abandoned by US imperialism. Already there are scores of casualties as Turkey bombs towns and moves troops into Syria.

Turkey has threatened military operations ever since Kurdish party the PYD took control of northern Syria along the Turkish border, in the aftermath of the uprising against the Assad government in 2011. The PYD is linked to the nationalist Kurdistan Workers Party (PKK) which has waged a decades-long guerrilla struggle inside Turkey for autonomy and self-determination.

The Kurds, numbering between 30 and 35 million and divided between Turkey, Syria, Iraq and Iran, are the world’s largest people without their own state.

Turkey says it wants to clear a “safe zone” inside Syria, but it plans to move two million of the Syrian refugees presently inside Turkey into the area in order to ethnically cleanse it of Kurds.

Since 2012 Syria has been consumed by war, after Assad turned the popular uprising against his regime into a civil war. Foreign powers including Russia, Turkey, Saudi Arabia, Iran and the US have all used the conflict to try to increase their own influence.

But it has been Russia, which has backed the Assad regime, that has emerged as the dominant player. The US has been largely sidelined. It has focused on supporting the Syrian Democratic Forces, which are held together by Kurdish troops, in order to defeat Islamic State.

There is a long history of US betrayal of the Kurds. When the US and other Western powers redrew the map of the Middle East after the First World War they were denied the state they had been promised. In the 1980s the US provided the poison gas that Saddam Hussein, then a US ally, used against the Kurds in northern Iraq. During the First Gulf War in 1991, the US called on the Kurds to rise up, only to allow Saddam Hussein to crush them because US ally Turkey opposed Kurdish independence.

The US’s sole concern in the Middle East is to advance its own interests.

Tragically, the Kurds are now looking to Russia and the Assad regime to push Turkey out. But just like the US, Russia is concerned with its own interests, not Kurdish autonomy.  Assad’s Syrian army is re-occupying areas controlled by the Kurds. The Syrian Kurds are back to where they were before the start of the civil war—oppressed and the pawns of rival imperialisms once again.

US withdrawal from Syria would redraw imperialist carve up

In late December Donald Trump abruptly announced plans for the withdrawal of US troops from Syria.

Idlib’s fate caught up in imperialist power struggle over Syria

A last minute deal struck between Russia and Turkey in September halted plans for a massive military assault on Idlib—Syria’s last rebel-held province.

Western attacks on Syria will only bring more horror

The US, Britain and France have launched new airstrikes against targets in Syria. More Western bombing only increases the chances of the war escalating even further.