The Second International: Movement that failed to prevent war 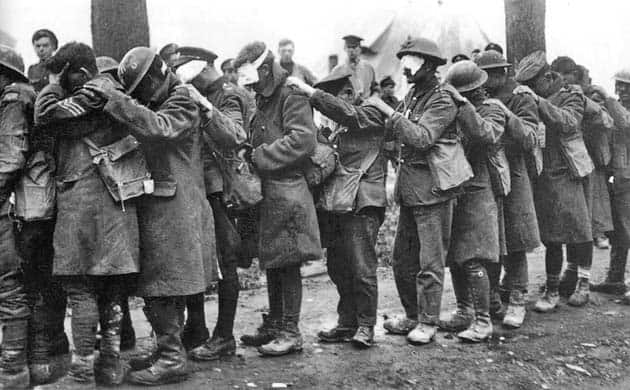 In the lead up to 1914 the possibility of war between the major powers was widely feared. France and Germany had almost gone to war for control of Morocco in 1906 and again in 1911. Regional conflicts in the Balkans had already seen two wars break out in 1912 and 1913.

Many workers looked to the Second International, an international grouping of socialist parties, trade unions, anarchists and sympathisers, as the force that could prevent world war.

It was modelled on the First International which lasted from 1864 to 1876, in which Karl Marx played a leading role.

The Second International was led by the German Social Democratic Party (SPD). The SPD was the biggest socialist party in the world with over a million members. It claimed the mantel of Marxism.

As early as 1907, the Second International, at its Stuttgart Congress (attended by 884 delegates from 25 nations), declared it: “the duty of the working classes and their parliamentary representatives in the countries involved supported by the coordinating activity of the International Socialist Bureau to exert every effort in order to prevent the outbreak of war by the means they consider most effective, which naturally vary according to the sharpening of the class struggle and the sharpening of the general political situation.”

The latter part of the statement was vague, allowing for a variety of tactics, such as general strikes, insurrection, protests and parliamentary activities, to prevent the war.

During this Congress, Lenin and Rosa Luxemburg won the Second International to a commitment to use the, “political and economic crisis created by the war to arouse the people and thereby to hasten the downfall of capitalist class rule”.

The Second International would not simply wage a defensive campaign against the war but would use the war’s destructiveness to win people to socialism. This was reiterated at the Basel Congress in 1912.

In July 1914, the imperialist tensions that had been building up across Europe exploded. The assassination of Austrian Archduke Franz Ferdinand by Serbian nationalists was the final straw.

The threat of war was met with anti-war rallies in London, Paris and Berlin.

On 25 July 1914 the SPD’s main newspaper argued that: “Not a drop of a German soldier’s blood must be sacrificed to the Austrian despots’ lust for power…we call on you to express in mass meetings the unshakeable will for peace”.

Mass meetings and rallies of hundreds of thousands were organised. There were 27 meetings in Berlin alone. In France, union leaders considered a general strike, whilst the French Socialist party looked to organise similar mass meetings.

On 31 July the Second International’s International Bureau reiterated its call for struggle against the war. Leaders of the International denounced the war at a meeting of thousands of workers in Brussels on 9 August. The crowd cheered when French Socialist leader Jean Jaures embraced Hugo Haase, the SPD parliamentary deputy.

In Britain, a large anti-war demonstration took place in Trafalgar Square. Keir Hardie, the British representative on the International, returned home to advocate the slogan: “keep Britain out of the war”. The emphasis was on staying neutral rather than advocating revolution as an alternative to war.

Australia was unique in its lack of large anti-war demonstrations. There were no working class meetings on how to respond to the threat of war, no statements issued, or rallies to cohere opposition.

Instead Andrew Fisher, the Labor Party leader, stated in an election campaign speech on 31 July that although he hoped “a disastrous war might be averted” should war break out then Australia would stand with Britain “to our last man and our last shilling”. Opposition was limited to the Industrial Workers of the World (IWW) and pacifist organisations.

The collapse of the Second International

Despite promising signs that the Second International would stand fast against the war, things soon began to unravel.

On 3 August, two days after Germany declared war on Russia, the SPD voted to support war credits to finance the German army. Only 15 of 111 SPD deputies were prepared to vote against the war, and they were soon brought into line by party discipline.

This marked the beginning of the end for the Second International. Soon other socialist parties lined up with their own ruling classes. Each argued that the opposing states were the aggressor and responsible for the worse atrocities.

The SPD justified its actions as “national defence”. A new statement explained: “For our people and its peace, much, if not everything, is at stake in the event of the victory of Russian despotism. Our task is to ward off danger, to safeguard the culture and the independence of our own country. We do not leave the fatherland in the lurch in the hour of danger.”

Similarly, the British labour movement’s opposition evaporated when the British state declared war. The position that Britain should remain neutral was replaced with support for war as “a war for democracy” and the idea a “defensive war” against Germany would free Belgium.

British socialists and trade union leaders spoke in favour of the war, recruited for the army and signed away the right to strike in 1915 to minimise disruptions to the war effort. This swept away the period of labour militancy known as “the Great Unrest” (1910-14), which had seen thousands of strikes, a resurgence in the suffragettes movement, and the fight for Irish Independence.

Italian and American socialists at the beginning of the war, and the Spanish, Scandinavian and Dutch socialists throughout the war, equivocated on the war whilst their own states remained neutral.

Only two parties within the International remained opposed to the war—the Serbian and Bulgarian socialists, who faced violent persecution, and the Russian Bolsheviks. Lenin’s position, outlined in The Tasks of Revolutionary Social Democracy in the European war, unequivocally opposed the war.

It called for a strategy of revolutionary defeatism, or support for the defeat of one’s own country. Such a defeat would further the social crisis the war was creating and encourage socialist revolution.

In other countries, opposition amounted to a handful of socialists from the left of the International: Rosa Luxemburg, Clara Zetkin, Franz Mehring and Karl Liebknecht in Germany; John Maclean and Sylvia Pankhurst in Britain; Alfred Rosmer in France; and James Connolly in Ireland.

The SPD’s support for war took many by surprise. Upon reading about the decision in an SPD publication, Lenin famously believed it to be a forgery published by the German state. However warning signs could be seen in the SPD’s earlier practice.

Although revolutionary in rhetoric, in practice the SPD prioritised winning seats in local councils and parliament.

Its main theoretician, Karl Kautsky, nicknamed “the pope of Marxism”, argued that the SPD was “a revolutionary party but not a revolution-making party”.

The primary role of the SPD was in gaining parliamentary control, rather than looking to working class self-activity. Mass demonstrations and strikes were an auxiliary to this process.

An assessment by Duncan Hallas later explained, “Confrontation with the forces of the state, or even the employers, was avoided wherever possible. As a political force social democracy was essentially passive.”

Taken to its logical conclusion, the SPD’s defence of its parliamentary gains meant defending the German state against outside threats.

The SPD had become accustomed to its status as a legal party. If it had opposed the war, it would have faced criminalisation, arrests and the seizure of its press. For a strategy based on a parliamentary road to socialism this was disastrous. Instead the SPD gained access to the inner circle of the Kaiser’s government, at the cost of supporting a war that killed millions.

The failure of the Second International marked a historic betrayal of Marxism.

Another common explanation for the collapse of opposition to the war is that socialists were swept up in the general patriotic wave.

Pro-war propaganda, transmitted through newspapers, speeches, rallies, in schools, and endless stories of “enemy atrocities”, was initially effective in promoting the war. Thousands signed up to fight.

However the popularity of war was fragile and uneven. Russian revolutionary Leon Trotsky argued that support was not so much based on entrenched nationalism, but a reaction to the monotony of industrial work and everyday life.

Political leaders displayed war as adventurous, whilst nationalist enthusiasm brought people together in a collective identity.

Even at the height of pro-war sentiment there was space for anti-war activities to be organised.

Harry McShane, a British shop steward wrote at the time: “In the ILP [Independent Labour Party] there was a good deal of anti-war feeling but the leaders took a very weak stand and the national policy was not clear.” Alexander Shlyapnikov, an engineer from St Petersburg, writes in his memoirs that the enthusiasm for the war in August 1914 was less in working class neighbourhoods. On the day the Russian Army mobilised, 20 factories in St Petersburg went on strike against the war.

Many commentators claimed the war would be “over by Christmas”. As the death toll increased and the pointlessness of trench warfare was understood, attitudes shifted against the war.

The small groups of socialists who stood by their internationalist principles would find a growing audience.