US failure in Iraq returning to haunt it 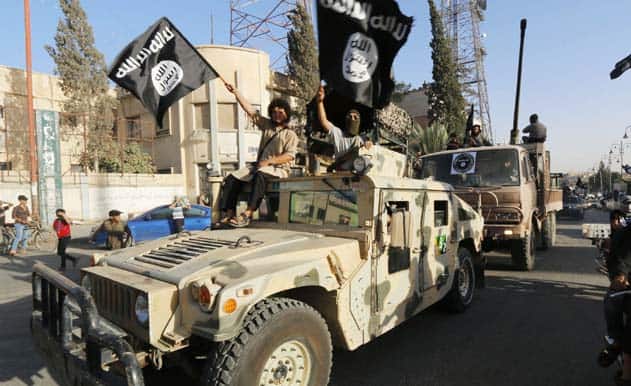 In August, Barack Obama became the fourth consecutive US President to bomb Iraq and has also begun airstrikes inside of Syria. Tony Abbott has been the most enthusiastic member of his “coalition”, pledging Australian military support even before the terms of the war became clear.

Initially, Obama’s war was presented as a “humanitarian mission” to assist Kurds and Yazidis besieged by Islamic State (IS) forces in Northern Iraq. But as daily bombing raids take place in both Iraq and Syria the aim has now become to “degrade and ultimately destroy” IS.

Obama was reluctant to bring US military forces back into the quagmire of the Middle East after withdrawing the last US troops from Iraq in 2011.

Both Obama and Abbott have denounced IS as “evil” to justify the bombing. They are undoubtedly a brutal, reactionary force. But the US supports all manner of atrocities that serve its interests, whether from its reliable watchdog Israel, or the dictatorships it supports across the Middle East like Saudi Arabia and Egypt.

The US’s real concern is that IS is fundamentally destabilising the whole region. Its military success has threatened US strategic interests in the region. Iran has already extended its influence into Iraq and as much as the US might want to topple Assad in Syria, it wants a regime sympathetic to the US to take its place.

IS have effectively dissolved the border between Iraq and Syria, imposed by Western imperialism after the First World War. While in the past funding for IS has undoubtedly come from within some Gulf States, anxious to topple Assad and contain Iran, the group is now outside their control. Its occupation of huge areas in Iraq and Syria rests on a mixture of terror against opponents and genuine grievances held by many Sunnis about both the Iraqi and Assad regimes.

The current war is a direct product of the catastrophic failure of the 2003 invasion of Iraq and the poisonous sectarianism fostered by the US as it sought to defeat the Iraqi insurgency.

The US also cultivated a semi-independent Kurdish state in Northern Iraq as a strategic base. It was IS advances on key Kurdish towns, particularly Erbil, which prompted the latest military action.

When the US was finally forced to withdraw in 2011, they left behind a government dominated by the Shiite party of Nouri Al-Maliki, which was reliant on US patronage and weapons, but also became increasingly fused with the Shiite regime in Iran. It brutally repressed Sunni led protests in areas such as Fallujah and Mosul, alienating vast swathes of the country, much of which is now under IS control.

The Iraqi government has proven to be corrupt and ineffective. Instead of equipping and paying soldiers, many army commanders simply pocket funds. As Patrick Cockburn has written, “Three and a half months since the Iraqi army was spectacularly routed in northern Iraq by a far inferior force of ISIS fighters, it is still seeing bases overrun because it fails to supply them with ammunition, food and water.”

The war unleashed in Syria by Bashar Al-Assad following the 2011 uprising, which has killed an estimated 200,000 people, has further contributed to regional instability.

Last year Obama considered a bombing campaign against Assad. Now he has now settled on bombing not only IS, but also other Islamist groups who are fighting Assad. A number of early US bombing raids targeted the group Jabhat Al-Nusra.

These bombings have been condemned by all the major forces fighting Assad. Even battalions of the “Free Syrian Army”, the “moderate opposition” now receiving some assistance from the US, oppose them. Rebel fighters point out that the bombing will have very limited military impact, bolster the credibility of IS as an anti-imperialist force and destabilise forces on the ground that have actually been challenging IS.

Obama has tried to distinguish his campaign from the 2003 invasion of Iraq, emphasising a reliance on airpower, rather than combat operations by US soldiers. But he had already sent nearly 1200 US troops to Iraq before the bombing began and announced the dispatch of another 475 in September, supposedly to fulfil a “training” and “advisory” role for the Iraqi army. There are parallels to the first dispatches of US troops in “advisory roles” to Vietnam in the early 1960s.

General Martin Dempsey, chairman of the US Joint Chiefs of Staff, has refused to rule out the possibility of US troops in combat roles, acknowledging the necessity of a ground war to ultimately defeat IS.

The rise of IS is the bitter fruit of US imperialism. US bombs can only compound the catastrophe besetting ordinary Syrians and Iraqis.