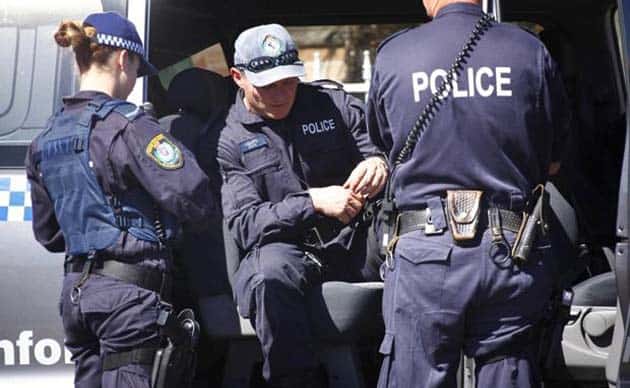 Abbott is determined to use racism and Islamophobia to revive his electoral support. The results can be seen in the opinion polls over the last few months. Although Labor would still win an election, Abbott has crept up in the leadership satisfaction ratings.

Abbott is deliberately whipping up fears about terrorism and supposed threats to “national security”.

The hoo-har about cancelling citizenship on the whim of the Immigration Minister and the Sydney “Countering Violent Extremism” summit would be farcical, except Abbott is serious.

He pretends that the government is “keeping the community safe”, at the same time as he puts a wrecking ball through welfare and pensions. He consciously links his anti-Muslim scaremongering to refugees, and says that he has the same concern about terrorism as he has about “stopping the boats”.

Shamefully, Labor leader Bill Shorten has gone along with the scaremongering. When Abbott announced laws to strip citizenship from Australian dual nationals, Shorten offered Labor’s support. There was more opposition from inside the Liberals than came from Labor to the draconian powers that Abbott wants to give to the Immigration Minister.

But Abbott’s attack on citizenship and focus on “radicalisation” has nothing to do with stopping terrorism and everything to do with demonising the Muslim and Arab communities.

In a thinly disguised attack on the Muslim community, Abbott is mobilising the thought police, saying that, “every new citizen takes the citizenship pledge…and these words must mean something.”

Labor’s unwillingness to criticise the Liberals on national security or to stand up to their Islamophobia only serves to legitimise Abbott.

Bill Shorten is also being damaged by the revelations of deals done with the bosses while he was leader of the AWU. This is symptomatic of a Labor Party leadership more concerned to run the system than fight to change it.

If Labor and the trade union leaders took a stand, things could be very different. Tragically the new Greens leader, Richard Di Natale, has been more concerned to establish The Greens as responsible economic players willing to deal with Abbott than take responsibility for leading a fight against him. But the government has poured scorn on The Greens for agreeing to their pension cuts.

The real threat to ordinary people comes from Abbott’s support for big business and the rich.

The government tried to pretend its new budget was fair, talking up new funding for childcare. But when experts crunched the numbers they found that, once again, most people will be worse off, and the lowest income earners fare the worst.

Joe Hockey again showed his contempt for workers when he dismissed concerns about housing affordability and told people if they want to buy a house, they should “get a good job that pays good money”.

But the Sydney Morning Herald reported that someone on a nurse’s wage couldn’t afford to buy a home in 95 per cent of Sydney’s suburbs. In Sydney a house costs on average almost ten times median yearly income, and eight and half times in Melbourne, far above the historical average of three times income.

But it isn’t Muslims or refugees driving up housing prices. The problem is rich investors, encouraged by tax write-offs like negative gearing. More loans are now being taken out by investors than by first home owners. But the government will do absolutely nothing to address this. It is another example of Abbott ruling for the rich.

Visible opposition to Abbott’s cuts has faded away as the unions have retreated into an electoral campaign. Instead of waiting for the election, we need to support any campaign against the cuts, and strengthen the ability of unions and the movements to fight and win. This month the CPSU is holding Australia Public Sector-wide mass meetings—the first for decades, as they fight savage cuts to pay and conditions.

June 27-29 will be another national weekend of protest against the closure of remote Aboriginal communities. This is a fight against cuts to power, water and housing services from the federal government.

We need to link the fight against Abbott’s cuts to his scaremongering over refugees and terrorism. Abbott’s racism is designed to distract working class people from his class agenda for the rich.

Everyone needs to support the counter-rallies against the anti-Muslim “Reclaim Australia” on 18 and 19 July. But we also need to connect the fight against the far right to the Islamophobia from Abbott and build a wider campaign against Abbott’s fearmongering.

Refugee rights activists will converge on Melbourne on Saturday 25 July to rally outside the National ALP conference, demanding Labor break with its bipartisan support for offshore processing and mandatory detention. The demonstration can be part of building a stronger movement for real change.

The refugee issue is one symbol of Labor’s failure to present any serious alternative to the Liberals. This is the one thing that could help keep Abbott in power. That’s why we need to build much stronger mass movements against cuts, racism and Islamophobia, to fight for real change.