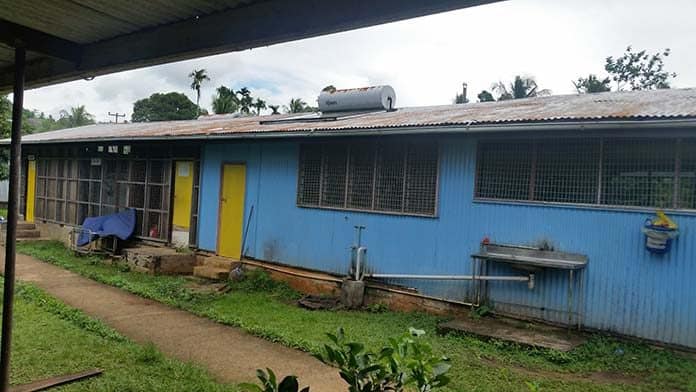 It has taken four years, but the Coronial findings on the death of Hamid Khazaei have delivered a scathing indictment of offshore detention.

No one was held liable for Hamid’s death. But the inquiry reveals a truly appalling list of medical mistakes (consistently labelling Hamid’s medical care on Manus as “inadequate”) misjudgements, incompetence, and worst of all bureaucratic delays that prevented Hamid getting the treatment that could have saved his life.

Hamid was first treated at the Manus IHMS clinic on the afternoon of 23 August 2014. Doctors’ recommendations to get him off Manus were first made on 24 August: “This client has exhausted all antibiotic treatment that is available on Manus Island. This client is already displaying symptoms of deterioration, despite treatment with available antibiotics”. Yet he wasn’t even transferred to Port Moresby until 26 August.

And about Port Moresby, the Coroner writes, “It is clear on the evidence that the clinicians working at the PIH [Pacific International Hospital] on 26 August 2014 when Mr Khazaei arrived did not have the necessary clinical skills to deal with Mr Khazaie.” When he was finally transferred to Brisbane on 27 August, he was already brain dead.

It is sickening to read about the delays and buck-passing between bureaucrats and medical companies that killed Hamid.

Doctor Dennett was the doctor in Queensland in the International SOS office contacted by the Manus doctors requesting Hamid’s transfer to Australia. He told the inquiry, “we knew that if we—if we recommend transferring to Australia, it would not be approved.”

The expert doctor assisting the coroner said, “I’m a doctor. I’m not a politician or a bureaucrat, and I must admit I don’t understand why you had to get permission to transfer a patient for clinical reasons.”

There are many recommendations about the standard of medical care that should be available in offshore detention centres—like having clinics accredited by recognised Australian medical associations to Australian standards.

But one of the stronger recommendations, and one that could have an immediate effect, is that Border Force bureaucrats get out of medical decisions that affect people’s lives. As the coroner put it, “clinical considerations should prevail over all other factors when a recommendation for urgent medical movement is made.”

Even since the coronial finding, Border Force is routinely vetoing doctors’ recommendations for transfers off Manus and Nauru. Almost every week now, the Federal Court is overriding Border Force to order the government to bring families from Nauru to Australia because of the physical and mental damage that has been inflicted on them offshore.

The responsibility for Hamid’s death lies with the Australian government. He was handed a death sentence when he was forcibly transferred to Manus Island.

The coroner put it succinctly, that it would, “be possible to prevent similar deaths by relocating asylum seekers to other places, such as Australia or New Zealand, where better health care would be provided.”

The government has said it will review the coroner’s finding—but that is code for ignoring it. As far as the government is concerned, offshore detention is playing the role planned for it. And Labor, which restarted this version of the Pacific Solution on 19 July 2013, has been deafeningly silent about the offshore deaths.

For months now, Labor has declared that when it takes office, it will get all asylum seekers and refugees off Nauru and Manus. As pressure mounted with rallies marking the five year anniversary of offshore detention, Bill Shorten went so far as to name Japan, South Korea, Taiwan, Canada and New Zealand as target resettlement countries. But this only exposes how vacuous Labor’s plan really is.

New Zealand has said that it will take 150 refugees a year. But there is no reason to think that the other countries named will agree to cooperate with Australia’s offshore prison regime. South Korea has taken a grand total of 79 people between 2015 and 2017, and they were recognised UNHCR refugees.

The movement’s demand to “Bring Them Here” will need to grow even louder over the coming months.

As this article was being written, the inquest into the death of Fazel Chegeni is just winding up. Suppression orders have so far prevented some of the stark revelations of Fazel’s mistreatment in onshore detention being publicly revealed. (Some dispatches from the inquest can be read at www.bit.ly/fazeldeathscapes) But Fazel was just as surely killed by mandatory detention.