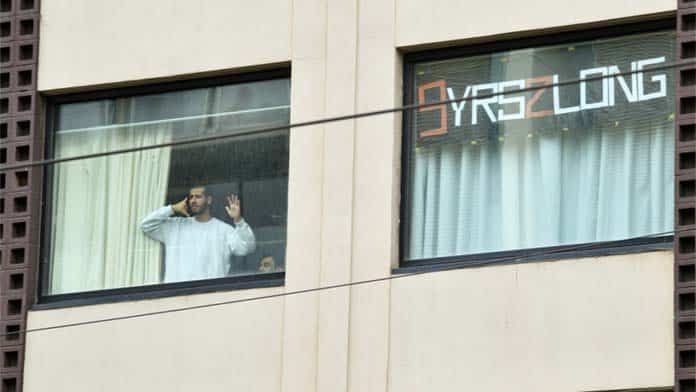 The cancellation of Novak Djokovic’s visa was a calculated political stunt.

It provided a great distraction from the growing criticisms of the government’s Omicron failures and its refusal to provide free rapid antigen tests (RAT).

Morrison also seized the opportunity to try to make border control the central political question, hoping to have his own John Howard moment to decide “who comes to this country and the circumstances in which they come”.

But in the process the government inadvertently drew attention to the plight of the around 60 refugees who are indefinitely detained in the Park hotel and other detention centres around the country. The fiasco has also exposed the scope of the “god-like powers” it has given Immigration ministers to cancel visas.

Even when the court found that the initial cancellation of Djokovic’s visa for not being vaccinated was unreasonable, five days later the Immigration Minister, Alex Hawke, used his discretionary power to cancel Djokovic visa on completely different grounds; that Djokovic may be a threat to “the health, safety or good order of the Australian community”.

Although the decision was blatantly political, the court found that it was “open” to the Minister to make such a finding, stating, “Another person in the position of the Minister may have not cancelled Mr Djokovic’s visa. The Minister did.” That was enough for it to be lawful.

The court noted, but was silent on, the implication that lawful protests could be regarded as being against the good order of the Australian community.

The visa cancellation power of the Minister is deliberately broadly worded to make it almost impossible to challenge. Hundreds of people are in immigration detention because of such powers. Official figures from September 2021 show that 87 per cent of people are in immigration detention because their visas have been cancelled either similarly to Djokovic, on character grounds under s116, or under s501 (enforced when non-citizens have been sentenced to a cumulative total of imprisonment for 12 months or longer).

Regardless of what anyone thinks of Djokovic personally, the fiasco surrounding his visa cancellation and subsequent deportation has thrown a light on the arbitrary abyss that is the Australian immigration system.

Visa cancellation is a little-known, intrinsically racist, but increasingly-used, immigration power that is far more devastating when it is wielded at the border against people seeking asylum. It is well-known, for example, that Border Force has cancelled the visas of Saudi women fleeing violence and put them on planes back to Saudi Arabia.

When visa cancellation is used against refugees or non-citizens already in Australia, detention can be indefinite; literally a life sentence.

Detaining Djokovic in the Park Hotel in Melbourne meant that almost every TV report and international article about him, also highlighted the plight of the 60 Medevac refugees who are still in that hotel-prison (and other detention centres) more than two years after the government brought them to Australia, after more than six years’ detention in PNG and Nauru—almost nine years altogether.

The Minister also has wide discretionary powers to grant visas. Since December 2020, more than half of the 221 refugees and asylum seekers brought from PNG and Nauru have been released from closes detention. Most of them have been released on bridging visas; some are released but are still in community detention (free to come and go, but their residence is determined to be a “place of detention”).

They are hostages to the government’s offshore detention policy, arbitrarily detained at the political whim of the Minister.

Morrison says “rules are rules” but Morrison is the master of double standards—first Djokovic was granted a visa and then it was cancelled. Then Border Force retrospectively cancelled the visas of two others, a tennis player and an official, to make it look like the government applied the rules consistently.

There is one rule for non-citizens who can have their visas cancelled and face indefinite detention, and another for citizens, who don’t.

Some Medevac refugees have been freed to live in the Australian community but others remain in hotel-prison and detention centres.

Morrison champions “can-do capitalism” but capitalism relies on there being one rule for the rich and another for the poor.

Djokovic has been deported, but he has a home to go to. The refugees don’t. We will need to step up the struggle to fight Morrison, and his system, to free every refugee and asylum seeker still left in detention.