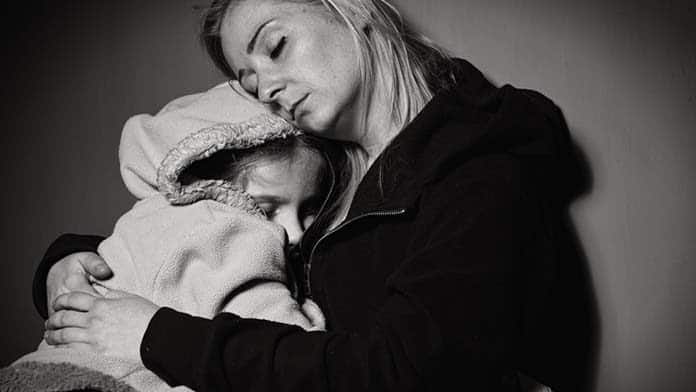 Feminists are hailing See what you made me do by Jess Hill as a game-changing analysis of domestic violence. Her detailed research makes valuable reading. But despite collating important pieces, Hill does not put the puzzle together.

Her research into why men are violent, and how society traps women in violent relationships, reveals vividly the way class oppression and the nuclear family guarantee the reoccurrence of domestic violence.

And yet against her own evidence, Hill retreats back to framing the problem as one with men, rather than with the system.

Disappointingly, she advocates a rearranging of the very deck-chairs she convincingly reveals to be ineffectual or damaging; calling for more policing and more therapy. It is a missed opportunity to argue for the more radical social transformation required to end domestic violence.

Hill challenges the traditional feminist explanation of domestic violence: that it is simply a weapon of the patriarchy, and a way for men to exercise power and control over women.

Hill and the feminist domestic violence specialists she cites point out that the men who are perpetrating domestic violence are often not acting from a place of power. They are more likely to be relatively socially powerless, experiencing poverty, racism, trauma or a life otherwise filled with violence.

Rather than feelings of power or misogyny, more commonly perpetrators report feelings of intolerable shame and “humiliated fury” preceding their violent eruptions. And far from deriving any objective power from the violence, in abusing and terrifying their partners and children, the perpetrators sabotage their own relationships.

These are confronting insights; they suggest men are both conduits and victims of a much larger system of violence and oppression. The implications are that at least part of the solution to domestic violence is to relieve the financial and social pressure that men are under.

But Hill remains in the realm of traditional feminist patriarchy theory, with a psycho-analytical twist, seeing men’s psyche and our ideas of masculinity as the root cause.

Despite admitting to its poor success rate, she promotes therapy to help men work through shame.

And despite raging at the lack of impact and potential for backlash from educational and awareness campaigns, she reiterates the need to gradually transform ideas of masculinity.

Part of what holds Hill back from addressing class oppression as a root cause is her answer to the question “why are men the perpetrators”?

While she acknowledges the powerlessness many perpetrators feel, she sees the entitlement men have to feel power over their partners, created by a patriarchal culture, as a more fundamental problem.

This inequality between men and women is clearly part of the problem. But in other sections of her book, Hill herself gives plenty of evidence that this emanates from the nuclear family and its unequal gender roles, not from men’s minds, or simply the broader culture.

Women had economic independence as food producers in their own right, and men and women entered, left and negotiated partnerships on equal terms. As a result, there is no evidence in pre-colonised Aboriginal societies of the kind of domestic violence seen today in Australia.

Another section on family law details conservatives’ use of legislation to force nuclear families to stay together, even when they are broken and obviously dangerous.

In the 1970s, family courts were supposed to determine custody using the principle of “the best interests of the child”. But a severe backlash including terror attacks from men’s rights groups, and campaigns by churches and newspapers, meant that Labor and Liberal governments have gradually shifted towards a principle of preserving nuclear family relations, even when they are totally dysfunctional.

In 2006 John Howard added a “friendly parent” provision, which forced courts to consider whether a parent was prepared to allow their former partner to remain part of their child’s life.

Parents who alleged abuse could be assessed as “hostile” parents, and lose custody of their children. The consequences, in some cases, have been fatal.

Pauline Hanson and Kevin Andrews are poised to use the new Family Court Review to push extremist family values and to demonise women who want out of abusive relationships. Hill provides essential reading on the dangerous tradition of family-enforcers they belong to.

These two chapters illuminate the nuclear family as a recent, unstable and enforced construct, not a natural social form. They suggest, as Marxists argue, that sexist ideas and inequality are reflections of the dynamics of the family, rather than cultural or psychological phenomena.

Marxism and the family

Marxists argue that whereas men, women and children can suffer extraordinary trauma within the nuclear family, its benefits to the ruling class are significant. Through making childcare and housework the private responsibility of working class families it replenishes the labour supply at almost no cost to the ruling class.

Most of the free labour falls to women, who are under relentless ideological and financial pressure to assume the caring role.

Women are still paid less than men, so it makes financial sense in most families for women to take time off or reduce their hours in the paid workforce to take up the house and care work.

Neo-liberalism has increased the pressure on families; working class men are expected to provide for their family, yet it now takes two wages to pay the bills. To add to women’s unpaid burden there is the full-time job of navigating the increasingly privatised childcare, education, health, aged care and disability systems, while still ensuring everyone is fed and clean.

When the pressure is too great, families break, fracturing violently along gender lines.

Men are supposed to be providers and in control. When job losses or poverty hit, family values dictate that men bear responsibility for failing to protect their family, rather than the real culprits in capitalism and the ruling class.

The shame accumulates, and women, embodying the weight of impossible social expectations and a man’s failure to meet them, become a target for humiliated rage and frustration.

Violence is not innately male. Women are violent too. Some of the studies that Hill gives credence to show women are violent in relationships at the same rate as men. But, reflecting their relative lack of power within the family, women’s violence is rarely terrifying to their male partners, and it is less likely to result in hospitalisation.

Walking away from the few social bonds and support not tainted by wage relations is hard enough, even if you can afford to. But as Hill comprehensively describes, women do not have the same financial and legal freedom as men to escape. It is even harder for women who face racism, when family is the only connection to their culture and community.

In the final chapter, “fixing it”, Hill is filled with a justified rage for politicians who talk platitudes about the domestic violence emergency whilst simultaneously defunding women’s refuges.

And she is rightly—although inconsistently—suspicious of the effectiveness of education and cultural change campaigns. These campaigns come off as shallow hypocrisy from elites because they never reflect any real willingness to change the social structures that keep working people, and women in particular, trapped in gender roles.

But in her urgency for real action, Hill appeals to the police, the very source of ruling class violent control. Hill admits that the misogyny and racism endemic to the police force has cost many women and children their lives.

She acknowledges that pro-arrest policies that were meant to be a win for victims have actually resulted in police arresting more women for DV offences.

Nonetheless, she uncritically promotes examples of increased police presence and police powers from the US as a model Australia should take up.

It is as if a different author had written the previous, unforgivingly detailed chapter on how police actively punish Aboriginal women who report domestic violence!

The urgent action that would really make a difference requires challenging the ruling class to loosen women’s dependence on the family; to raise Newstart, nationalise childcare, build public housing, introduce equal pay, extended paid parental leave, and permanent visas for migrants and refugees, as a start.

These demands have the potential to unite working class men and women, and winning them would create immediate relief for those most at risk of domestic violence.

Fighting for them would build the power and confidence to win fundamental transformation and genuine liberation.

See what you made me do will not encourage those who want action on domestic violence to push squarely in this direction. Tragically, it is not the corrective against punitive law-and-order solutions and vacuous educational campaigns it could have been.

But for readers with a critical eye, the book is a cache of evidence that a world free of domestic violence is possible if we fight for its fundamental re-organisation.

See what you made me do: Power, control and domestic abuse,
By Jess Hill,
Black Inc Books, $32.99