Morrison’s ‘Accord 2.0’ talks are a trap for the unions 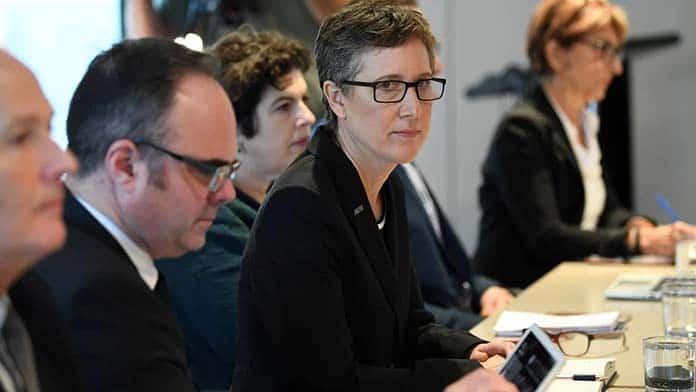 Scott Morrison has set a trap for the union movement and the ACTU has walked straight in.

In late May, he announced the formation of five working groups made up of employer and union representatives, to be chaired by the Minister for Industrial Relations, Christian Porter.

The groups would “chart a practical reform agenda, a job-making agenda, for Australia’s industrial relations system”.

The ACTU immediately took the bait, welcoming “the opportunity to sit down with the Government and employers to discuss how our economy can be rebuilt”.

Commentators dubbed the exercise Accord 2.0 in a nod to the Prices and Income Accord implemented by the Hawke and Keating Labor governments and the unions from 1983 until the early 1990s.

Morrison’s five working groups will examine award simplification; enterprise agreement making; casuals and fixed term employment; compliance and enforcement; and greenfields agreements for new enterprises or projects (which are finalised before any of the workers are employed there).

The words hide a minefield of threats to workers. The top bosses’ organisation, the Australian Industry Group, has already issued its wish list.

It includes scrapping the Better Off Overall Test, so that deals can make some workers worse off; more individual “flexibility” for award workers, making it easier for bosses to divide the workforce; and greenfield agreements that run for the life of the project, which means workers in mining, for example, can be locked into shoddy deals for decades.

The ACTU has drawn its own lines. Secretary Sally McManus said: “The ACTU will measure any changes to industrial relations law on the benchmarks of: will it give working people better job security, and will it lead to working people receiving their fair share of the country’s wealth?”

In return for the ACTU’s cooperation, Morrison withdrew the Ensuring Integrity Bill, the vicious legislation aimed at deregistering militant unions. But while this is welcome, the Liberals had already been defeated in the Senate and knew they had little chance of getting the Bill passed.

The ACTU thinks it is making sure “the voice of working people continues to be at the table”. But the working group exercise is no more than Liberal window-dressing.

After the political debacle created by his response to the bushfires, Morrison has twigged that looking inclusive and appearing to listen strengthens his image. Creating the National Cabinet has seen his ratings soar.

Bringing the unions into the tent is the next bit of political theatre.

But it will be very short-lived, with the process wrapping up by September. And even as he announced the working groups, Morrison made it clear they would have no real influence on the government’s agenda.

“The working groups will either reach something approaching a consensus on issues or they won’t … Ultimately it will be the Government that will take forward a job-making agenda from this process.”

This makes this exercise very different to the 1980s Accords. Then the government was looking to tame a union movement that organised half the workforce and led massive strikes.

The Accords were written agreements between the government and the ACTU that, on paper, offered increases to the social wage (welfare, health, education) in return for wage restraint.

While the reality was the biggest cuts to real wages in more than a generation, union leaders could console themselves with being key players in shaping national economic policy for a decade.

This time around, the exercise is a charade—little more than three months of discussion with no guarantee that union claims will be considered seriously.

Weakening the union position further is the way that leaders fast-tracked changes to awards covering more than two million workers to make it easier for employers to cut hours and redeploy workers during the pandemic.

Porter joked that he and McManus had become BFFs. Now he is saying that all sides need to “lay down their arms”.

But the government and the bosses have no intention of declaring a truce. In September, the Liberals will dump one in ten people into deeper poverty by dropping JobKeeper and halving JobSeeker.

Morrison splashed billions to keep the economy from total disaster but he will expect workers to pay.

Facing these challenges, the union leadership has to relearn an old lesson: you can’t win at the table what hasn’t been won on the ground.

The ACTU should walk out of Porter’s parlour game, declare that workers will not pay the price of the system’s failures and start organising our side for the fight that is coming.