Stopwork action shows how to fight for COVID safety 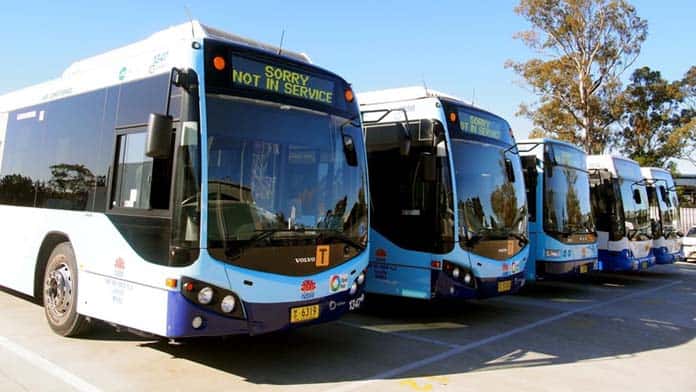 As NSW begins to ease COVID-19 restrictions, workplace transmission remains a significant threat. But recent stopwork actions provide a glimpse of the type of fight we need for safety at work.

Drivers at four bus depots, including Smithfield, took part in a safety stoppage on Monday 6 September to call for rapid antigen testing, after reports of a worker at the Hoxton Park depot testing positive to the virus. Just days later on Thursday 9 September, a driver at the Smithfield depot tested positive. Over 200 drivers at Smithfield stopped work and forced the cancellation of bus services for multiple Western Sydney suburbs.

Transport Workers Union (TWU) NSW State Secretary Richard Olsen noted that management had tried to hide news of the positive case, and noted their “disgraceful” response to the stoppage, saying:

“Bus drivers are being left in the lurch because Transit Systems and the NSW Government are fighting over who should pay to run a testing program at the depot—but meanwhile they’re spending 100 times that amount to get replacement buses in.”

The previous week, workers walked off the job in Erskine Park after another workplace outbreak.

Three workers at Scott’s Refrigerated Logistics, a supplier of cold goods for the major supermarkets, tested positive on 30 August. United Workers Union members stopped work after clear breaches of the COVID Safety plan, including being instructed to continue work after contact with known cases, or while feeling unwell.

In subsequent days another eight workers tested positive, with some passing on the virus to others at home.

One worker explained, “Workers here are really concerned about our health and safety. We don’t want to bring COVID home to our families, I’ve got kids you know. It feels like the company is putting profit before people.”

These aren’t the first actions over COVID safety. In July, more than 200 cleaners at Westmead hospital refused to work in the COVID ward, after a failure to provide PPE and shower access following shifts. Management quickly agreed to their demands. Workers at Coles’ Eastern Creek distribution centre also held a safety stoppage after management failed to take proper measures following a COVID case on site.

We cannot trust bosses to follow COVID safety protocols when profit is on the line. Safety stoppages will be a powerful tool in the coming months to fight workplace transmission.