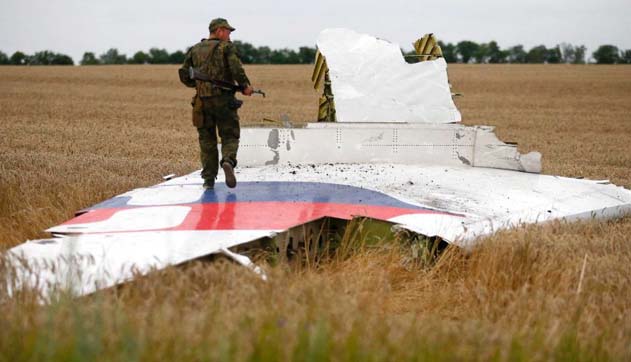 The shooting down of the Malaysian Airlines MH17 over rebel held territory in eastern Ukraine is a terrible tragedy.

It has cost 289 lives, including 37 Australian citizens and permanent residents. Sadly, six researchers and advocates attending the International AIDS conference in Melbourne were among the dead.

The dead are victims of the imperialist rivalry between the West and Russia that has destabilised Ukraine and turned it into a war zone.

Air power has been a central part of the Kiev government’s recent successes against Russian separatist forces in the east of the country. The Ukrainian government could have closed Ukrainian air space after an Ukranian military cargo plane was shot down by a rebel missile only three days before the MH17. Malaysian Airlines could have diverted around Ukrainian air space for just $66 extra per passenger.

It seems certain that the plane was mistakenly shot down by pro-Russian rebels using surface to air missiles supplied by Russia.

It is fighting between government and separatist forces that is preventing any further inspection of the wreckage or recovery of body parts, as Kiev continues its military advance towards the major cities of Donetsk and Luhansk near the Russian border.

Tony Abbott was quick to point the finger at Russian President Vladimir Putin, beating even the US and European leaders to demand that Putin “show genuine remorse and regret” over the downing of the plane. His response has helped the West build its case to isolate and pressure Russia.

In the wake of the disaster, the European Union has also followed the US and stepped up sanctions, using the tragedy to gain some advantage in their clash with Russia over Ukraine.

In a newspaper article reprinted in Australia, British Prime Minister David Cameron wrote, “It’s time to make our power, influence and resources count…we sometimes behave as if we need Russia more than Russia needs us…”

While Abbott insists that the mobilisation of Federal Police is for humanitarian reasons, he, and Foreign Minister Julie Bishop, have consistently used the disaster to point at Russia and demand that, “justice must be done”. Bishop told the ABC, “those who created the conditions to enable it to happen should account for it.”

However, Treasurer Joe Hockey has distanced himself from the more aggressive stance of National Party leader Warren Truss and Queensland Premier Campbell Newman that Putin be barred from November’s G20 meeting in Brisbane.

But it is very clear that Abbott is trying to use the disaster to re-invent his image and halt his falling popularity. The media is full of Abbott apologists and spin doctors trying to portray the disaster as Abbott’s “Twin Towers moment”. Writing in the ABC’s The Drum, Terry Barnes, a former adviser for Tony Abbott said Abbott’s response to Malaysian plane disaster had transformed Abbott into a “genuine national leader”.

Any bounce in Abbott’s popularity is likely to be as fleeting same as the increase in popularity for Queensland Premier Anna Bligh during the Queensland floods in 2011. Behind the veneer of concern is the same Tony Abbott. He expresses sympathy for the families who have lost loved ones on MH17, but his budget inflicts misery on families and pensioners across Australia.

The government made much of the fact that it called all the families in Australia, but has said nothing about the much greater number of Palestinian civilians being deliberately killed by Israel.

We must not allow Abbott to use the MH17 disaster to increase the Coalition’s militarism. In June, Abbott visited the US to sign the Force Posture Initiative to extend further cooperation with US forces beyond the agreement to have US marines permanently stationed in Darwin.

Abbott and Bishop see their response to MH17 in the context of Australia’s alliance with the US. During his visit to the US, Abbott reportedly told the US, “We are an ally, that’s meaningful. You carry a lot of burdens, sometimes you carry too much. We want to help.”

It was the US alliance and the interests of Australian imperialism that saw Australian forces join the US to invade Iraq and Afghanistan. Neither Abbott nor Obama have apologised to Afghanistan or Iraq for the tens of thousands who died as a result.

US bases in Australia continue play a central role in targeting drone strikes in Afghanistan and elsewhere.

Fuelling the imperialist war machine will only escalate tensions and result in even more deaths. Real sympathy for the victims of MH17 and their families means fighting to put an end to the imperialist rivalry that causes war.