COVID-19 crisis shows childcare should be a public service 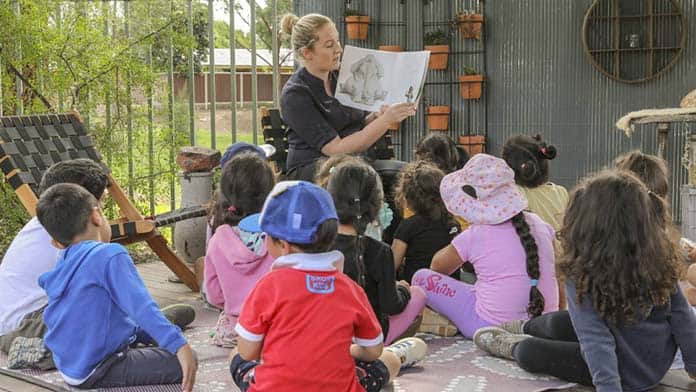 Federal government funding for free childcare will end on 12 July, with the sector due to “snap back” to the previous arrangements based on the Childcare Subsidy system.

The COVID-19 crisis initially threatened the sector with collapse.

Many families withdrew their children over reasonable concerns of transmission, given the close physical contact at centres between children, and with staff.

Since Early Childhood Education is largely provided by private companies, families are normally charged a fee per day their child is enrolled, subsidised by the government. Parents pay the “gap” between the Service fee and the Child Care Subsidy out of their own pocket.

As these fees can reach up to $6000 a year, many families also began to withdraw their children’s enrolment, rather than pay for days they were not attending. This stripped centres of revenue, leaving these workplaces and their workers in a dire position.

The announcement of “free child care” guaranteed centres 50 per cent of their previous government funding under the subsidy scheme, with the idea being that JobKeeper payments would cover the rest through paying a significant portion of their wage bill.

This worked out well for families, as free Early Childhood Education has helped parents save money in the face of loss of work and income, while allowing those forced to work from home the space to do so (a feat that would be incredibly challenging while supervising and catering to the needs of a child under five full-time).

It has also allowed financial relief for families that may have quickly found themselves out of work as a result of COVID-19, while allowing them to look for new jobs or access support services like JobSeeker.

More importantly it has given children a much needed sense of comfort and regularity during COVID-19, which is essential for mental development within their early years. It has allowed children to learn about the large changes that are happening in their environments and lifestyles from trained professionals who can deliver these messages in age appropriate and developmentally accessible ways.

However this has been a very confusing and stressful time for Early Childhood Educators and Teachers.

The package left many workers in the lurch. Centres have had to cut costs to stay viable, and the largest and most easily reduced expense is their wages.

There have also been cases where centres run by larger organisations were not eligible for the JobKeeper wage subsidy, since the organisation failed to meet the threshold for loss of income. Even after the government made adjustments, not all centres were covered.

For those who run Family Day Care or In Home Care services, the inability to charge fees under the temporary system had a severe impact.

This has been very stressful for educators in the sector. Despite receiving praise for carrying out “essential” work, their already low pay has been cut as a result of reduced hours or centre closures. Early Childhood Educators have also been continually described as “childcare workers”, continuing the misrepresentation of their work and the patronising view that Early Childhood Educators’ main role is to take care of children while their parents go off to “real work”.

The hastily announced COVID-19 relief package saw many services fall through the cracks. As a result many in the sector are crying out for a move back to the old fee paying system.

But returning to the fee paying system in a COVID-19 affected economy, with higher levels of unemployment, may see enrolments drop, producing the same funding crisis the temporary arrangements sought to relieve.

The solution is to nationalise early childhood education and run it as a public service, rather than allow companies and non-government operators to run it for profit.

Centres run for profit charge high fees but also cut costs on qualified educators and resources. They also push Educator-to-child ratios to the limit, putting stress on workers and leaving children at risk.

A public system could also ensure teachers and educators receive the higher wages they deserve.

Much like primary and secondary schooling, a public, government-funded system would ease the economic burden on families, and allow wider access to quality Early Childhood Education for all children.