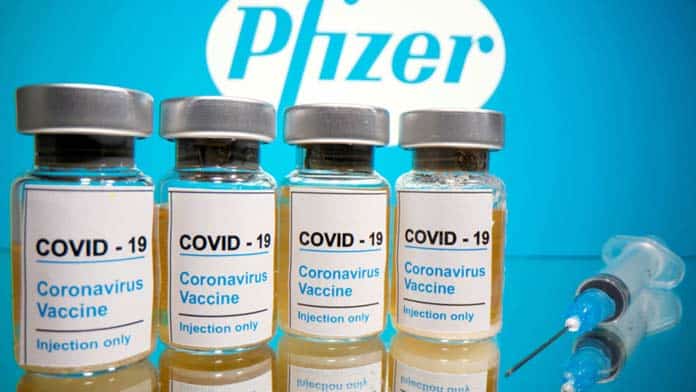 The development of working COVID-19 vaccines within just 10 months shows medical research can achieve when there is significant state investment and scientific focus. Previous vaccines have taken 10 years on average to develop. But under capitalism we can expect that the vaccine won’t be distributed fairly.

The coronavirus crisis is continuing into 2021 with infection surges in many parts of the world and the emergence of new highly contagious strains of the virus.

In the UK, a more contagious strain of the coronavirus is wreaking havoc on their already overstretched National Health Service. One in 50 people there are now infected, with the infection rate jumping to one in 30 people in London. More than 60,000 cases a day are being reported and the country is once again under strict lockdown orders.

In the US, records are being broken daily with the total number of cases now over 27 million, the highest anywhere in the world. More than 455,000 people have died of COVID across the US.

India is still reporting 20,000 new cases per day, with the third highest death toll after the US and Brazil.

Across the globe a race is on to immunise populations, to achieve herd immunity and to beat the virus.

The UK aims to vaccinate the 15 million people deemed most vulnerable by mid-February, and the rest of the country later in the year.

Israel, with a much smaller population, aims to vaccinate 70 or 80 per cent of people by April or May—although it has refused to vaccinate Palestinians living under Israeli military occupation.

Vaccinations in Australia will begin in mid-February using Pfizer’s vaccine for five million people, with everyone else to get the Astra-Zeneca vaccine later this year.

For a vaccine to prevent the spread of the virus it will require at least 70 per cent of the population to be immunised.

The vaccines could require future tweaks to keep up with mutations, similar to the annually updated influenza vaccination.

Producing the number of vaccine doses needed will take some time. While vaccine developers claim that they will be able to produce enough for more than one-third of the world’s population by the end of the year, vaccine supplies are being hoarded by the richest countries.

Some countries such as Canada will have enough to vaccinate the population five times over, while poorer countries will miss out.

A group of wealthy countries including the UK, the US and Australia, have already pre-ordered over half of the future supply of promising vaccines.

These countries account for only 13 per cent of the global population, with most of the rest of the world now having to wait until at least 2022 to get their hands on a vaccine.

It may take until 2024 for enough doses to be produced to fully immunise low-income countries, according to the Duke Global Health Innovation Center in the US’s estimate.

Many low income countries are relying on COVAX, a joint fund for the equitable distribution of vaccines backed by the World Health Organisation, to secure their vaccine supply. But COVAX has managed to purchase only 700 million doses so far, despite aiming to deliver two billion vaccines by the end of 2021. Even this would only be enough for 20 per cent of each member country’s population.

Globally, governments have bank rolled vaccine development to the tune of nearly $11.5 billion.

Australia has entered into four separate agreements, including with Astra-Zeneca and Pfizer, to ensure vaccine supply at a cost of more than $3.3 billion.

Big Pharma is expected to make a big profit. Developers Moderna and Pfizer are predicted to make billions of dollars in the first year of vaccinations alone.

All have rejected calls from the World Health Organisation, as well as organisations like Human Rights Watch, Oxfam and Amnesty, to waive their intellectual property rights to the vaccines so that countries worldwide could produce them freely. South Africa and India presented a similar proposal at the World Trade Organisation in December.

While some vaccine developers have promised to sell doses at cost price, others have not. Moderna are pricing theirs at $37 a dose in the US, bringing in a big profit for their shareholders.

Astra-Zeneca has pledged to sell their vaccine at cost price until the pandemic is over, but has cynically reserved the right to determine when that is, meaning the company could start profiting from the vaccine as soon as July this year.

Shares in Astra-Zeneca owned by CEO Paul Soriot have already increased by nearly $15 million in the last year.

Like the broader response to the coronavirus pandemic, the race to immunise the world has been distorted by the competition for profit that is built into the capitalist system.