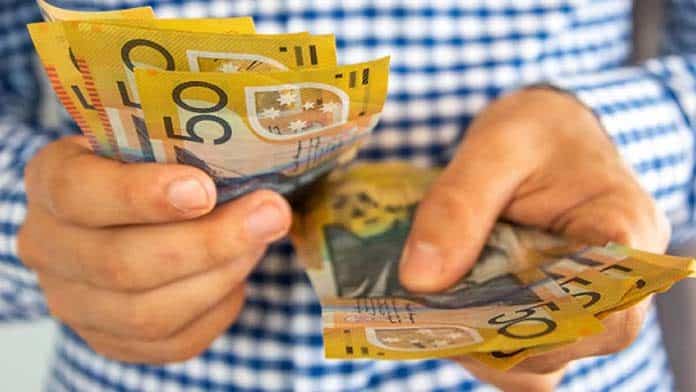 Nor is Morrison alone. The US has agreed to spend $2.2 trillion, as part of a stimulus package thrashed out between Donald Trump and the US Congress. Globally over $13 trillion has already been committed—and more is on the way. So why are governments suddenly taking such dramatic action?

The answer is the scale of the economic collapse capitalism is facing. As Martin Wolf put it in the bosses’ Financial Times, “it is much the biggest crisis the world has confronted since the second world war and the biggest economic disaster since the Depression of the 1930s”.

Governments worldwide have imposed lockdowns in the hope of slowing the spread of the virus, forcing businesses to close and crippling whole economies.

Retail and hospitality businesses have folded due to loss of sales. Many airlines are also on the brink of collapse, and the knock-on effects are flowing through other industries. The IMF expects the Australian economy to contract by 6.7 per cent this year. The economy is facing a collapse faster than that during the Great Depression as huge swathes of industry come to a sudden halt.

Morrison’s aim is to save capitalism, through short term measures designed to keep businesses intact and allow them to make it to “the other side” of the pandemic. The hope is to save as many businesses as possible from going to the wall.

The state has often had to step in to play this role in an economic crisis. Central to the job of the state under contemporary capitalism is providing the conditions in which the free market can function.

So in the last economic crisis in 2008, the US spent $700 billion to bail out the banks when the financial system seemed on the verge of collapse.

In Australia, then Labor Prime Minister Kevin Rudd spent $75 billion on stimulus measures in order to prop up the economy and avoid a recession.

This involved using Keynesian methods of increasing government spending to generate demand for goods and services, pioneered by the economist John Maynard Keynes. Demand would otherwise have drastically shrunk as, in the private sector, companies collapsed and workers lost jobs and income.

The idea is that government intervention can reduce the scale of the economic slump, creating the conditions for renewed boom.

This is a challenge to the usual neo-liberal economic orthodoxy, which has dominated government and official policies since the late 1970s, involving a retreat from government intervention in the economy in favour of worship of the free market as the way to solve economic problems. Privatisation and cutbacks to government spending on health and education have been the order of the day.

Yet in the face of a developing economic collapse, the failure of governments to step in would only result in a deeper recession that would be even more damaging for capitalism. That is the lesson mainstream economists drew from the 1930s Depression, when wage cuts and government austerity only served to make the crisis worse.

The sums being spent now are enormous. The scale of government intervention shows the possibility of massively expanding spending to meet human and environmental needs, from funding a transition to renewable energy and climate jobs, expanding social housing, addressing the inequality in schools funding or providing quality healthcare for everyone in need.

The usual arguments about the need to reduce government debt and ensure a balanced budget have been thrown out the window. But all of this is designed as a temporary measure to allow capitalism to return to exploitation as usual.

As Solidarity has shown elsewhere, this is precisely what happened following the stimulus spending during the last crisis in 2009. The Labor government went from spending billions on stimulus measures to budget cuts that slashed spending once the crisis was over.

The same exercise is being prepared this time around. They will again want workers to pay the costs of recovery through cuts and attacks on workplace rights. Morrison has already flagged a raft of new pro-business reforms, saying, “policy frameworks… will need to be reconsidered”.

That means, “Tax and industrial relations reform, deregulation, and fast-tracked infrastructure are back in the mix”, as the Financial Review explained.

Tax cuts for big business, abandoned in the face of opposition in the Senate, are likely to be put back on the table. All this shows the hypocrisy of Morrison’s calls for workers to sacrifice in the face of the coronavirus crisis because “we’re all in it together”.

When the immediate crisis passes, it will be workers that are expected to make all the sacrifices so business can expand profits.