How Gorbachev failed to save Russian state capitalism 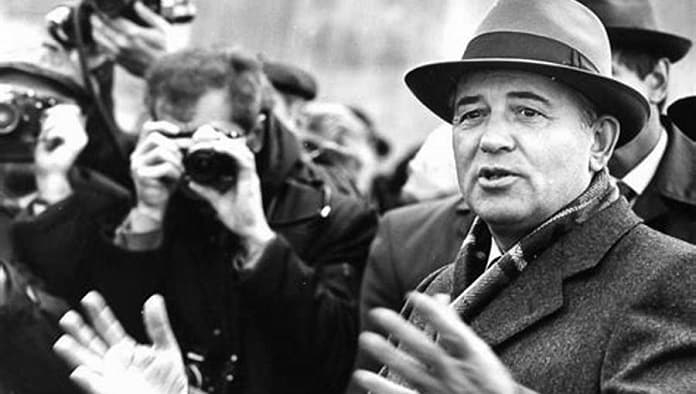 Western leaders have rushed to praise Mikhail Gorbachev, the last president of the Soviet Union, who died this week aged 91.

Anthony Albanese hailed him as “a giant of the 20th century” and “a man of warmth, hope, resolve and enormous courage”.

Gorbachev became a hero in the West for allowing the satellite nations of Eastern Europe to peacefully break away from Russian control. He presided over the collapse of the Soviet Union at the end of 1991.

Many on the left thought that his policies of glasnost (openness) and perestroika (restructuring) were a betrayal of communism. Others hoped that they were attempts to liberate socialism in the Soviet Union.

But both were wrong.

Solidarity’s predecessor group, the International Socialist Organisation, argued that the Soviet Union had long been state capitalist and that Gorbachev had ascended to power in 1985 to try to resolve Russia’s deep economic crisis.

Here we republish an article that the ISO wrote in July 1988.

The Western media is in love with Gorbachev, presenting him as a reformer and democrat, someone with the interests of ordinary Russians at heart.

Even a limited look at Gorbachev’s program is enough to explode that myth. Indeed, what Gorbachev wants is very similar to what Thatcher in Britain and Hawke here have been trying to do.

Gorbachev wants to force up the rate of growth in Russia. Because Russia is capitalist, he can only do this by increasing the exploitation of the working class.

So he talks all the time about higher productivity, about forcing workers to be more diligent and careful, about rewarding good quality work and punishing the rest.

Just like Hawke and Keating, he goes on about getting rid of unprofitable businesses. Indeed, one of his supporters has said that they will need to close down industries employing 13-17 million workers by the end of the century if the economy is to be modernised.

Gorbachev’s perestroika is similar to Hawke and Keating’s “restructuring” and the 4 per cent two-tier pay system workers have had imposed on them.

But whilst the fundamentals of the Russian system are the same as the west, there are important differences.

In the western “market” economies, unprofitable businesses are closed down by the workings of the system unless the government steps in to save them.

In Russia, this does not happen, and it tends to hold back the competitiveness of the economy as a whole. To close down a business in Russia involves a whole series of conscious decisions being made by ministry officials, party chiefs and so on.

So the process of getting rid of the “inefficient” can be corrupted, slowed down, and stopped.

Gorbachev’s modernisation involves the party doing what the brutal market system does elsewhere. The form this inevitably takes in Russia is the waging of a political campaign to expose inefficient factories, to root out corruption.

In addition, the bureaucracy needs to get the mass of the working class to accept these factory closures and mass sackings, by promising that efficient workers will be well rewarded.

This is where glasnost—or openness—fits in. Gorbachev aims to mobilise some sections of the bureaucracy against other sections.

This glasnost isn’t the same as democracy. Gorbachev hasn’t even seen fit to give the workers of Russia the right to form free trade unions to defend themselves, much less any real control over their lives.

But he has to encourage a measure of “plain speaking” if he is to have any hope of pushing the system forward.

Defiant protests across Russia say no to war

Since the start of the war, protests have been happening every day across Russia, from individual picketing to marches of tens of thousands.

How NATO and the West fuelled the war in Ukraine

Russia’s invasion of Ukraine has been bloody and brutal. But the path to war began long before Russian tanks crossed the Ukrainian border.