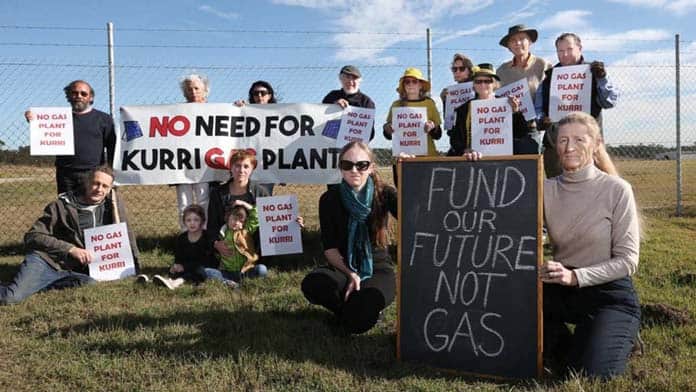 Labor’s climate spokesperson, Chris Bowen, said that under a Labor government, “Kurri Kurri [will be] at the centre of the hydrogen revolution.” This, claims Bowen, is a climate-friendly plan that will cut emissions, unlike the plan initiated by the Liberals, and will deliver more jobs. They have said nothing about whether they would cancel the plan to run it on even more polluting diesel fuel for the first six months.

The Kurri Kurri project should still be opposed. Labor’s decision is driven by electoral opportunism as they do not want to be seen to be opposing any gas project that could deliver jobs in the coal dependent Hunter region in NSW. But the number of jobs created will be tiny—just ten ongoing positions.

And it is unclear if Labor’s plan to run it on green hydrogen is even possible, with the technology still very expensive and so far produced on only a small scale.

As energy analyst Bruce Robertson put it, hydrogen is “a technology that’s unproven and whose costs are unknown”, rightly concluding, “this is a decision based purely on politics and is not in the best interests of the Australian people”.

Labor should be opposing the Kurri Kurri project outright in favour of spending the money on publicly-owned renewable energy. Instead it is pumping even more money into the project. Their announcement also comes with an additional $700 million of public funding, more than double Morrison’s initial promise of $600 million.

As Fiona Lee, from the Gas Free Hunter Alliance rightly put it, “Not a single cent of public money should be spent on a project using fossil fuels … Any power station that burns more fossil fuels like gas is just worsening climate change.”

The project is not even needed. The power plant being proposed at Kurri Kurri would be a “peaking” plant, turned on only at times of need to fill gaps in supply.

Even Morrison’s plan admits that it would only run around 2 per cent of the time.

Other technologies that are cheaper and more efficient can do the same job providing energy during peak times, such as batteries or offshore wind.

Once developed, green hydrogen may have a role in cutting emissions from manufacturing and transport but it is not needed to generate electricity.

The Bloomberg New Energy founder, Michael Liebreich, recently ranked it as the least viable likely use of hydrogen.

While green hydrogen itself would have zero emissions, mixing 30 per cent hydrogen with gas does not equal a 30 per cent reduction in emissions.

Dr Fiona Beck, an expert on the emerging green hydrogen industry at ANU, claims that, “Methane has about three times as much energy by volume as hydrogen.

It is also likely that if Labor wins the next election, faced with the high cost of green hydrogen, it would postpone the shift in fuel. This would mean we end up with the exact same polluting gas plant that the Liberals are proposing.

A better alternative for reducing emissions and providing jobs, as well as an adequate and reliable source of energy, would be the construction of offshore wind.

This is a renewable source of energy and would provide much needed, stable, well-paying union jobs for the Hunter region.

This project has also been backed by unions including the MUA and the ETU.

The Kurri Kurri announcement shows that we can’t rely on a Labor government to deliver the funding or policies needed on climate change.

We need to continue to build a mass movement with demands for a just transition to publicly funded renewable energy, leaving no worker behind.