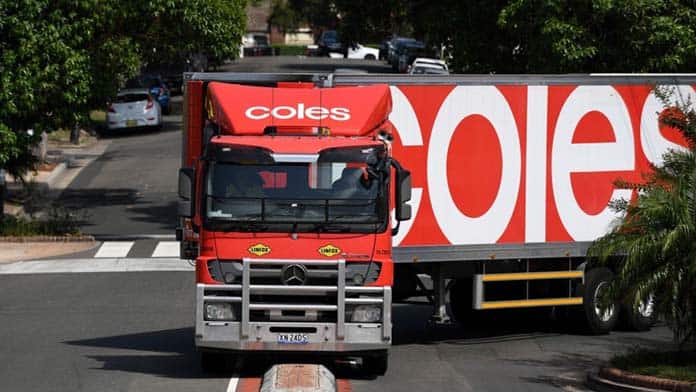 NSW Health itself has admitted that, “Workplaces are a key setting where people are exposed to others outside their households, often for prolonged periods, and can transmit the virus.” They have been a key source of the virus’ spread.

On Tuesday, 27-year-old Iraqi refugee Aude Alaskar became the youngest person to die from COVID in NSW, after he caught the virus from his wife who works as a disability support worker.

Yet the NSW government has done almost nothing to force companies into taking extra measures to prevent COVID spreading. Instead it focuses on trying to blame ordinary people for not following the stay at home restrictions.

Essential workers in food distribution play a key role in keeping us all fed. But the United Workers Union says it has “become increasingly concerned about COVID-19 positive cases in the food supply chain, including at distribution centres that supply major supermarkets in Woolworths, Coles and Aldi”.

Last Saturday a worker at Coles’ distribution centre at Eastern Creek tested positive to COVID. But union delegate George told a UWU online broadcast that the company had to be pushed into implementing proper safety—with workers having to stop work to force action.

“At 11.11am one of our team members, who had started working at 3am, was notified that a few family members had tested positive for COVID,” he explained.

“Probably around 1.30pm they got confirmation that he’d tested positive. Management didn’t act straight away. I had to put a fight to stop the shed, because there was a positive case and he’d been working there for eight hours prior.

“I told the management we’ve got to shut down the shed, alert our team members and at least give another time for the next shift that’s starting at 3pm.

“They didn’t want to do it, but in the end I got my point across and they ended the shift [early] at 2pm. I stayed back to make sure everything was alright.”

Another shift was meant to start at 3pm but management did nothing to ensure a deep clean took place beforehand.

“They had two cleaners come in at 2.30pm holding spray bottles. They wanted to clean the shed within half an hour,” George said.

“I told him you’re putting all these team members at risk. But all they seemed to worry about was continuing their business.”

After the union organiser and union delegates and health and safety reps for the next shift arrived, more cleaners were organised and the shift start time pushed back further to 6.30pm.

But as George explained, “The union delegates went in to inspect it and it wasn’t up to scratch.”

Workers refused to go in and eventually the shift was cancelled.

“The whole procedure that they had was disgusting to be honest. It seemed that they didn’t really care about us.

“We’ve been dealing with COVID for the past year. A big company like this should have had a plan what to do if they had a positive case instead of making calls on the spot. It was all chaos.”

The shift who had worked with the infected worker were all deemed close contacts by NSW Health and required to isolate for 14 days. But the company also gave NSW the wrong day for when the confirmed case had last worked there.

As a result, George said, “I got a phone call from NSW Health … thinking that the team member was working Thursday when they were working on Saturday. The dates they’ve sent me are wrong for when I have to get out of isolation, because of the wrong information given.”

In another case the week before, workers at a cold storage facility in Erskine Park were also forced to stop work after the company refused to cease operations following a worker testing positive.

The UWU says around a dozen sites it covers have had to take action since the start of pandemic over basic issues like this.

Many of the workers in supermarket distribution live in southwest Sydney, the worst affected areas in Sydney’s COVID outbreak.

The union is calling for workplace testing so that workers aren’t forced to queue for hours to get a test at offsite facilities, and the deployment of rapid antigen tests at workplaces, which would allow every worker to be screened for COVID before they enter for each shift.

Already the union has forced the NSW government to give supermarket distribution centre workers priority access to Pfizer vaccines. It also wants vaccination organised on site at the distribution centres. This should happen as a matter of urgency.

But the experience in the distribution industry shows that companies everywhere will put profits, and the desire to keep the business operating, over COVID safety.

Workers need to organise to ensure there are proper safety measures from PPE, to on-site testing, and paid leave for anyone with symptoms waiting for a test result. We can’t allow bosses to keep gambling with workers’ health.