NATO escalation will only lead to ongoing bloodshed 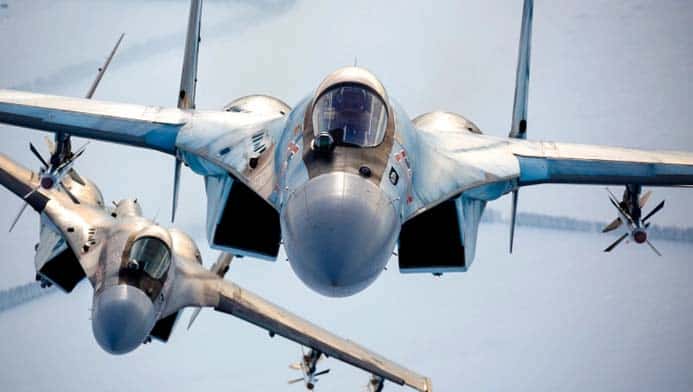 Putin’s war is becoming more bloody and brutal the longer it drags on.

Russian missiles have repeatedly hit residential areas, hospitals and at least two bomb shelters in Mariupol, as its troops blockade cities, cut off supplies of power and water, and force civilians to search desperately for food. Putin should end the war and get out of Ukraine now.

But the efforts of the US and NATO are risking a further and even deadlier escalation of the conflict. Ukraine has been turned into a battleground for competition between the US and Russia—with the Ukrainian people paying the price.

Ukraine’s President Volodymyr Zelensky is calling for NATO to impose a no fly zone, repeating the request in his address to the US Congress. This would mean the West shooting down Russian warplanes, bringing Russia and the US into direct military conflict, with the potential to escalate into a nuclear war. This would have horrifying consequences for the entire planet.

The US and NATO have made it clear that for now they will not take this risk.

But the West is rapidly increasing its efforts to arm Ukraine, with US President Joe Biden pledging a further $1 billion in arms shipments in a week.

Poland is also pushing NATO to approve sending armed troops into Ukraine as “peacekeepers”. This would be a major escalation that could see NATO troops directly at war with the Russian army.

The US also considered a Polish offer to send MiG fighter jets to Ukraine, before conceding that having NATO pilots fly them into the country, risking a direct shoot out with Russia, was too great.

The US, Europe and other allies including Australia are already waging an economic war on Russia, threatening to collapse its economy.

Putin’s barbarism needs to be stopped. But an outcome determined by NATO and US arms that sees Putin defeated will simply prepare the way for future wars, as Russia rearms and reasserts itself. And it would embolden the US and its imperialist allies to launch further bloody interventions, taking on China or other rivals.

But an anti-war movement inside Russia that put an end to the war would be a real obstacle to further conflicts. This will not be easy in the face of Putin’s repression and authoritarianism. But the longer the war goes on, the more the economic and human cost, including in lives of Russian soldiers, will create pressure inside Russian society.

Mass movements in the past have put an end to wars—from the workers’ revolts inside Germany and Russia that helped end the First World War to the movement against the war in Vietnam.

The brave anti-war demonstrators inside Russia, who have come out onto the streets against the invasion of Ukraine, risking arrest, are showing the way. We need to build an anti-war movement here that opposes the militarism of our own government, and shows solidarity with those in Russia, the US and Europe working to end the bloodshed.