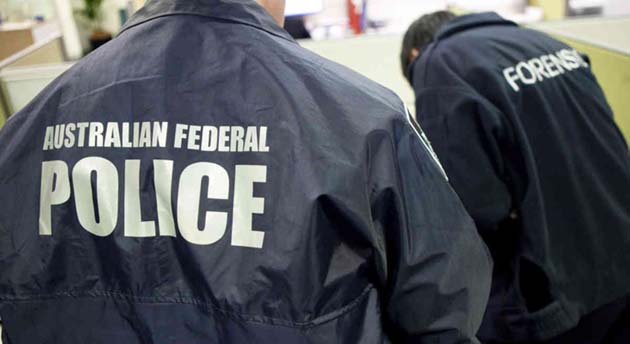 After narrowly surviving a leadership spill on the first day of parliament for 2015, Tony Abbott reached for one of his most trusted political cards: racist fear-mongering in the name of the war on terror.

Abbott had been briefed by senior ASIO and AFP officers about arrests made during another paramilitary style “anti-terror” raid in Western Sydney.

As lawyer Adam Houda, who has represented a number of people arrested in similar raids, told the ABC, “is it co-incidental that whenever the Prime Minister is in the shit, his mates find him a terrorist?”

Abbott launched an attack on the arrested men in parliament, saying, “I don’t think it would be possible to witness uglier fanaticism than this”. He quoted from a video allegedly showing one of the men pledging to kill people in Australia on behalf of Islamic State (IS).

A number of senior barristers condemned the move as prejudicing the men’s trial.

When more than 800 police raided Muslim households across Sydney last November, Abbott peddled a fantasy story about an imminent IS beheading in Martin Place. Recent court proceedings following these raids have completely discredited the sensationalist allegations peddled by Abbott and other politicians at the time of the “terror” raids.

In reality, more than a dozen of those arrested, many of them minors, were released without charge. One man was charged with firearms offences that had no connection to terrorism.

Lawyers for the one man charged with terrorism offences (on the basis of a single phone call from a contact in Iraq) argue their client is innocent and that there has been a grave mistranslation of the Arabic used during the call.

Similarly, Omar Amrouche, arrested at gunpoint in Greenacre in further raids in January, was never charged with terrorism offences, but “acquiring and possessing ammunition”, and was released on bail.

The one incident that Abbott has been able to milk was the December siege of the Lindt cafe in Sydney, where one hostage was shot by gunman Man Haron Monis and another by police. Yet Monis was a mentally unstable individual with no connection to any terrorist organisation. A recent inquiry has confirmed that no attempts were ever made to negotiate with Monis and offers from Muslim leaders to reason with him during the siege were rebuffed.

The real story of these raids is the abuse of power by police and intelligence agencies to terrorise the Muslim community. Abbott already passed draconian legislation in 2014 beefing up policing powers. Floundering in the polls and under attack from his own party, he has decided to use the national security card to boost his ratings.

Already, these laws can be used to persecute supporters of national liberation struggles, such as the Tamil Tigers (LTTE), the Kurdish Workers Party (PKK) or Hamas and Hizbollah. Abbott used a Press Club speech in the midst of his leadership crisis to call for further laws to “tackle the people and organisations that justify terrorism”.

Abbott singled out Hizb ut-Tahrir, an international group with a small presence in Australia, who advocate for a political system based on Islamic Law.

But Hizb ut-Tahrir is actually an enemy of IS and say political change should come through peaceful means. Their worst crime has been to oppose Islamophobia and oppose Australian involvement in Western imperialist adventures in the Middle East.

Disgracefully, asylum seekers have also been further scapegoated in the anti-terror push. Just as he did with the Lindt siege, Abbott tried to link the recent arrests with boat people, although neither of the men involved had arrived by boat.

Not a single terror suspect has come to Australia by boat, yet Abbott took to radio to further demonise people already locked up in horrific conditions, arguing recent raids prove, “why we have to stop the boats…these people have been given the benefit of the doubt for too long”.

Abbott is also trying to wedge the Labor Party into supporting his controversial meta-data retention regime, saying it is necessary to combat terrorism.

Greens Senator Scott Ludlam has been campaigning hard against the legislation, which would see a record of every person’s internet usage stored for a minimum of two years—a regime of “indiscriminate mass surveillance” unprecedented in Australia.

Abbott is only interested in his own political security. We need to stand against Abbott’s metadata legislation, his anti-Muslim fearmongering and his scapegoating of Hizb ut-Tahrir every bit as much as we oppose his attacks on Medicare, students and unions.