Oppose Trump’s air strikes: Oppose all US and Australian bombing in Syria 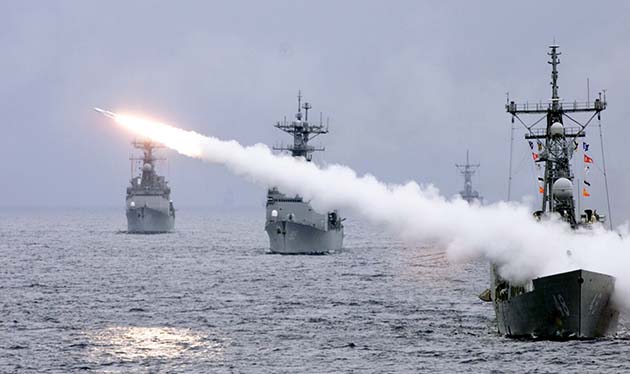 The Syrian government’s barbaric use of chemical weapons against civilians in an attack on the rebel-held town of Khan Sheikhoun is a shocking crime against humanity.

At least 74 have been killed and another 350 injured.

But it is just the latest sickening atrocity in Syrian President Bashar al-Assad’s war on those who oppose his regime.

One recent report puts the death toll since 2011 at 470,000. An estimated 4.8 million refugees have fled Syria since the popular uprising against Assad turned into a brutal war. Another 13.5 million inside Syria are in need of humanitarian assistance.

Assad has used barrel bombs to terrorise the civilian population and used systematic siege tactics to starve his opponents into submission. He has been supported by Russia, Iran and Hezbollah.

Donald Trump’s firing of 60 cruise missiles into a Syrian air base in retaliation for Assad’s use of chemical weapons can only escalate the war and result in even more civilian casualties.

And Trump has revealed his complete hypocrisy. Only days before the bombing, Trump played down his opposition to Assad. Trump now says that Assad has no role to play in Syria in the long term—repeating what has essentially been the US position all along.

Similarly, Turnbull says he supports Trump’s bombing but also says that Australia is not at war with the Assad regime.

The US has been bombing Islamic State targets in Syria since 2014, and has made over 7898 air strikes since then. Trump has increased the bombing since he became president, increasing civilian casualties. In March, a US Reaper drone struck a gathering in an opposition-held village near Aleppo, killing as many as 49 people in a mosque. Australia has supported the US bombing since 2015.

To make things even worse, while the bombing increases the number of refugees, Trump’s executive order excludes accepting refugees from Syria into the US indefinitely.

The left needs to clearly oppose the bombing by the US and Australia. The horror in Syria is the result of two things: (i) the Assad regime’s effort to crush the popular revolution against his regime that began in 2011, and (ii) the intervention of rival imperialist powers—Russia, the US, and regional powers like Turkey, Iran and Saudi Arabia.

The US, Russia and their regional allies are as terrified of a genuine revolt from below as Assad is.

Russia hopes to maintain its influence in the region by propping up Assad. The West hopes to eventually replace Assad with a more compliant dictator. Trump is cynically using Assad’s chemical attack to strengthen the US position against Russia as they jockey for greater influence.

In the meantime, as imperialist tensions increase, the war goes on and the casualties grow.

If Trump really wanted to help Syrians he could end the ban on Syrian refugees. Turnbull could open Australia’s borders instead of supporting Trump and the US alliance.

The only solution for Syria lies in a revival of the revolutionary process that swept the Middle East in 2011. And the best way to help that process now is to oppose imperialist intervention and the bombing.