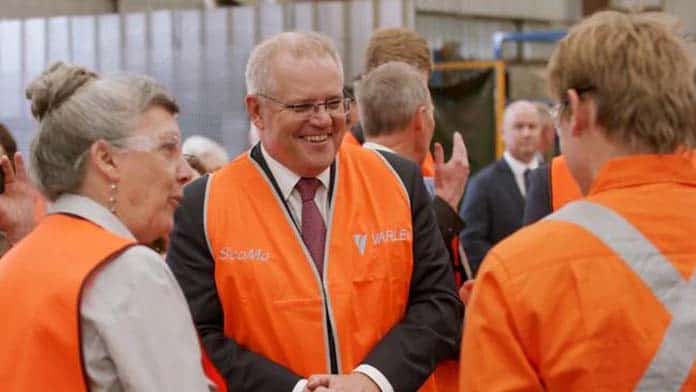 Scott Morrison and the Liberals are determined to use the COVID crisis to benefit business and strip away workers’ rights. Their new industrial relations changes are being justified as measures to “create and keep jobs”. But the real aim is to make workers pay for the economic recovery through lower wages and less rights.

Among the serious changes is their plan to allow new enterprise agreements that fail the “better off overall test”, or BOOT, and impose pay and conditions worse than the minimum standards set out in Awards. This is being justified as necessary for businesses impacted by COVID. But it will have much longer-lasting effects.

While these agreements will nominally expire after two years, they can continue on as “zombie agreements” for years afterwards. Most of them will be struck in non-union workplaces, because the agreements require workers’ support for approval.

ACTU Secretary Sally McManus has labelled the move “the worst attack on workers’ rights since WorkChoices”. And under WorkChoices bosses were also allowed to push agreements without any “better off overall test”.

As recently as February, a Krispy Kreme worker appealed to the Fair Work Commission, with the help of the United Workers Union, to terminate a WorkChoices-era agreement still paying workers hourly rates lower than the Award, with no penalty rates for evening work or Saturdays.

Hotel chain Merivale kept its 3000 staff on a long-expired 2007 agreement until it was finally terminated in the Fair Work Commission in January 2019. Some workers were paid rates 20 per cent below the Award, with reduced penalty rates on evenings, weekends and public holidays.

The changes will also allow bosses in retail, food and accommodation to refuse overtime rates to part-time workers rostered on for extra shifts. This too is being justified as a “flexibility” measure to assist bosses’ recovery from COVID conditions—with workers expected to pay through lower wages.

The changes will also allow special “greenfields agreements”, negotiated between unions and employers to cover newly established construction sites before the workforce arrives, to last for eight years. This would deny workers any chance to renegotiate conditions or strike for the whole period.

Despite their claims, the package will do nothing to reduce rates of casualisation. Casuals working the same, regular work hours would have to be offered a permanent position after a year—but an enormous loophole allows bosses to refuse a permanent position on “reasonable grounds”.

The changes also strip casual workers of long-service leave entitlements worth up to $39 billion.

Not in this together

The Liberals’ laws are supposedly modest changes in response to the COVID crisis; but they represent a drastic attack on workers’ rights and conditions.

The ACTU has vowed to oppose them. Already the Liberals have been shaken by the response and are suggesting they could negotiate on the better off overall test to get the changes through the Senate. We will need more than lobbying MPs. There should be a campaign of protests and stop work action to force the Liberals to retreat.

But many union leaders, including the ACTU, have helped prepare the ground for Morrison’s changes. In response to the pandemic, many unions accepted pay cuts in exchange for promises from employers to “save jobs”, through variations to workplace agreements.

This meant accepting the idea that workers should sacrifice in order to protect jobs during the crisis.

One of the most notorious examples was the NTEU leadership’s disgraceful “Job Protection Framework”, which would have imposed across the board wage cuts in exchange for promises from university bosses on jobs. Although union members rejected the deal nationally, some universities went ahead with it, only to announce further rounds of job cuts within months of pocketing the savings.

Only days before the government’s changes were unveiled, Sally McManus was still suggesting the ACTU was willing to work as, “a trusted social partner for Governments and businesses”.

But we were never “all in this together”. Business has always been determined to exploit the crisis to demand more “flexible” arrangements from workers, and to drive down conditions and pay. The Liberals’ changes are designed to help deliver this for them.

Company profits actually grew by 18.6 per cent in the year to 30 September, due to JobKeeper and Morrison’s business support payments. There is no reason for workers to accept further sacrifice—we should make the bosses pay. We need a union fightback to defend every job, as well as our wages and conditions.