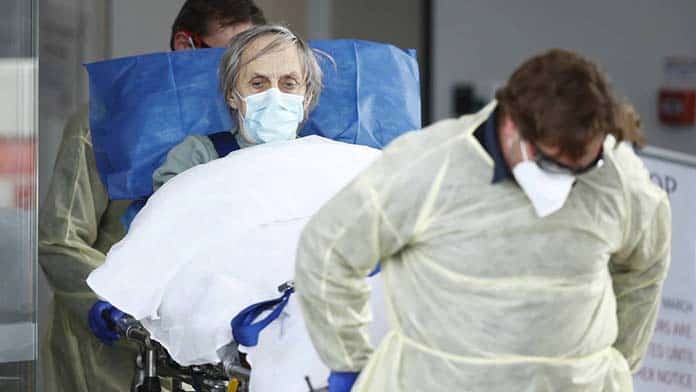 The COVID-19 pandemic has shone a harsh spotlight on the state of aged care, revealing a system that all too often delivers suffering, isolation and humiliation to the elderly.

As of 25 August, aged care residents accounted for 328 of the 525 deaths from the virus in Australia, with many staff infected, too.

This is a system that was already badly resourced, relying on low-paid, casual staff who eke out a living across multiple employers.

The pandemic has made things much worse.

Lisa Fitzpatrick, Victorian state secretary of the nurses’ union, the ANMF, told an inquiry that nurses going into an aged care home ravaged by COVID-19 experienced “a shift from hell”.

Residents were listed in the wrong rooms, flowers sent by relatives were, “rotting and the water was putrid”, and one resident had such terrible oral thrush that nurses were concerned about his ability to eat or drink.

It’s been reported that at another home, a dead man was left in a bed for 26 hours and, on one occasion, only six staff turned up to work to look after 120 residents.

The pandemic has once again highlighted the appalling way in which many elderly are treated, but none of this should come as a surprise.

The royal commission into aged care released its interim report last year. It declared that the system, “fails to meet the needs of its older, vulnerable, citizens. It does not deliver uniformly safe and quality care, is unkind and uncaring towards older people and, in too many instances, it neglects them”.

According to the ANMF, residents are currently receiving around 2 hours and 50 minutes of care per a day when they actually need about 4 hours and 18 minutes.

Over the last 13 years, chronic understaffing has seen a 400 per cent increase in preventable deaths of elderly Australians in aged care, with hundreds dying from falls, choking and suicide.

Elderly people are divided by class. Older wealthy people are insulated from this misery.

At the Mark Moran home in Vaucluse, in Sydney’s wealthy eastern suburbs, breakfast is made for residents to order, a barista is on duty, residents can use a spa and choose meals from an extensive menu.

Access to this oasis is a snip if you can deposit up to $2.2 million for a room.

One of Mark Moran’s selling points is “registered nurses are on duty 24 hours a day; seven days a week”.

This is very different to the bulk of the sector. The federal government gives $13 billion a year to residential aged care providers but refuses to set staff-resident ratios.

Only Victoria has legislated minimum ratios, and then only for public hospitals and aged care homes. The difference is, however, stark. While about 10 per cent of aged care beds in the state are public, those facilities are responsible for only 0.25 per cent of COVID-19 cases.

The sector’s problems can be traced back to John Howard’s 1997 Aged Care Act, which opened the floodgates to neo-liberal profiteering. Howard scrapped the requirement to have a registered nurse on duty and cut $1 billion from aged care funding.

Today, owners rip off $1 billion in profits each year. Tony Antonopoulos and his wife Stacey are half-owners of Heritage Care, which runs 10 homes in Victoria and NSW, including Epping Gardens where more than 200 residents and staff contracted the virus.

They get by with a $10.5 million mansion and prestige cars including a Lamborghini, a Maserati and a limited-edition Rolls-Royce.

So-called not-for-profit homes are not much better.

St Basil’s in Fawkner, which has seen more than 190 cases, is owned by the Australian Greek Orthodox Church and gets almost all its annual $13 million funding from the federal government. $2.5 million goes straight back to the church as rent.

Meanwhile residents and staff across the system suffer. As one nurse said: “Minimum staff to resident ratios plus workload and resident demands ensures staff burn-out and extremely high staff turnover.

Scott Morrison has issued a limp apology for this disastrous situation but is putting his main efforts into shifting the blame onto the Victorian government.

For Labor, Bill Shorten rightly said that the tension between looking after people and making a profit creates “faultlines in the system”.

But he stopped short of the obvious conclusion—that aged care should be a public service, with permanent, trained staff who can care for the elderly with dignity.