Urgent call for prison releases after COVID outbreaks in NSW 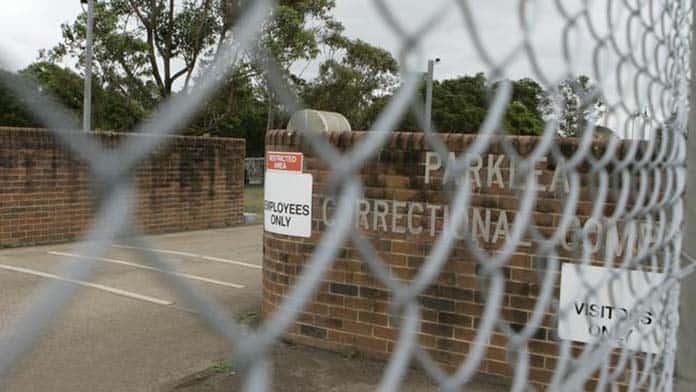 Advocates are calling for the release of low-risk inmates from prisons following COVID outbreaks in three NSW jails.

At least a quarter of COVID-positive prisoners are Aboriginal.

Justice advocates, including Aboriginal justice organisation Deadly Connections and Greens MP David Shoebridge, used a media conference on 1 September to call for non-violent and vulnerable prisoners to be released on parole under emergency powers granted to the Minister for Corrective Services in March last year.

“The prison population is incredibly vulnerable, a large proportion of prisoners are Aboriginal and they often have chronic health conditions that are exacerbated by being in prison,” said Shoebridge.

But according to a Corrective Services spokesperson, “There are no immediate plans to release anyone using this emergency measure.”

Top health officials are also concerned about overcrowding in prisons, with NSW Deputy Chief Health Officer Marianne Gale saying, “We know the conditions in prisons often are conducive to the spread of communicable diseases, generally … but certainly in terms of reducing public health risk, the fewer people and the less overcrowding in the prison system is certainly useful in reducing transmission.”

In the US, COVID infection rates in prisons are six times higher than the general population, while prisoners are three times more likely to die from the virus.

With most NSW prisons operating over capacity, the government must act immediately to address overcrowding in prisons and prevent deaths in custody.

The entire NSW prison population has been placed under strict lockdown orders in an attempt to stop the spread of the virus after 198 prisoners from Parklea were transferred to 23 other jails at the start of the outbreak there.

Prisoners are spending up to 23 hours a day in cells shared by two to three people without proper ventilation. There is no access to facemasks or hand sanitiser, and prisoners are being asked to COVID-clean their own cells.

Phone privileges and virtual visits have also been suspended at some prisons, with families having no contact with their loved ones for weeks.

Advocates are also concerned about the mental health impact of the lockdown, with prisoners in isolation unable to access fresh air, reading materials or education and rehabilitation programs.

Despite being designated a priority group for vaccinations, fewer than 25 per cent of the NSW prison population has been fully vaccinated, and only 41 per cent of prison staff.

At the start of the pandemic ATAGI warned that prisons are particularly vulnerable to COVID outbreaks due to the inability to socially distance, higher rates of chronic health issues and inadequate health care. But the government has failed to act to protect prisoners.

Keenan Mundine from Deadly Connections has called on the government to publicly release their vaccination plans for NSW prisons as the state’s prison vaccination rates fall behind the rest of the country.

At Parklea Prison, where the worst COVID outbreak is occurring, the NSW government doesn’t even know how many prisoners are vaccinated because it is privately run.

Families of prisoners have said their loved ones have made repeated requests to get vaccinated for several weeks, but the rollout of vaccines in prisons stalled after vaccines designated for inmates were redirected to HSC students in July.

People leaving the prison system must be supported with safe accommodation, access to community healthcare and financial support to stop the virus spreading.

Rapid antigen testing is now being rolled out in prisons, with guards being tested every 72 hours and a similar testing regime planned for prisoners.

But over-crowded prisons can never be COVID-safe. Prisoners must be urgently released, vaccination rates need to drastically increase and prison-wide lockdowns must end.