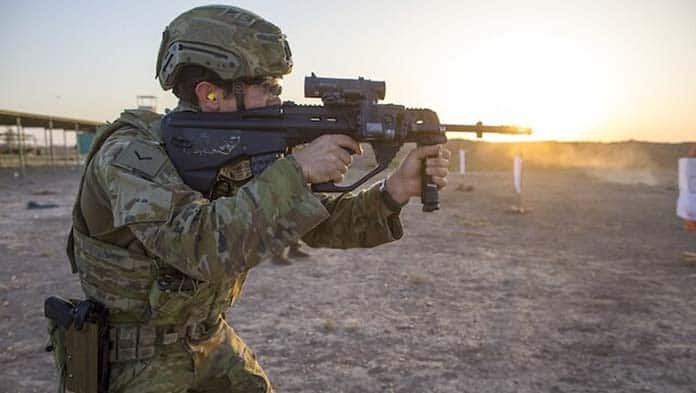 After a 20 year occupation spanning four US presidencies, Australian and US forces are finally withdrawing from Afghanistan. But there is little to show for 20 years of war.

The war in Afghanistan was launched as part of the US military response to 9/11, claiming the Afghan government was hiding Al Qaeda. The US wanted to be seen defending its imperial pride after the terrorist attacks on New York and Washington. But the war was part of a bigger plan to wield US military power and stretch its imperialist influence in the Middle East.

President Joe Biden claims that the military occupation has “achieved” its goals. But he admitted that, “the likelihood there is going to be one unified government in Afghanistan controlling the whole country is highly unlikely”.

Veterans Affairs Minister Darren Chester claimed the US and Australia had delivered, “education, health and improved conditions of life, particularly for women in Afghanistan” by removing the Taliban.

But the US-backed government relies on the support of brutal and corrupt warlords every bit as bad as the Taliban, while the lives of many Afghans have gotten worse.

Conservative estimates say at least 47,600 civilians have been killed, including incidents now being investigated as war crimes, and as many as 170,000 combatants. Summary executions, torture and the slaughter of civilians have left the reputation of the US, Australian and NATO forces in tatters.

The US has increasingly relied on air strikes which kill civilians indiscriminately, dropping a record 7362 bombs in 2019. According to the UN, Afghan and US forces killed more civilians in the first half of 2019 than insurgents.
Foreign troops have been so brutal they have produced renewed support for the Taliban.

The most recent election in 2019 saw low voter turnout and accusations of fraud, with both the incumbent President Ashraf Ghani and his political opponent Abdullah Abdullah claiming victory.

After Ghani was narrowly returned as President, he turned to the worst warlords to consolidate his power, awarding Abdul Rashid Dostum the country’s highest military honour.

Dostum, a former Afghan general who served as Vice President from 2014 to 2020, ordered thousands of Taliban prisoners to be suffocated and has been accused of ordering the rape of a political rival. The appointment horrified many Afghans, but Dostum is an influential figure able to garner ethnic Uzbek support for the government.

Dostum also has close ties in Central Asia and with Turkey, where he fled to escape prosecution in 2017. Turkey, which has more than 500 troops in Afghanistan, is reportedly stepping in to take over security at the International Airport in Kabul.

And as the US withdraws its troops, other regional powers with ties to the Taliban, including Russia, Iran and Pakistan, are beginning to circle to fill the vacuum.

The US has funnelled over $900 billion dollars into Afghanistan, more than they have spent “nation building” in any other country.

Infant mortality rates have dropped, the number of children in school has risen and the Afghan economy has grown. But most of the money has disappeared through corruption, fraud and bribery while the schools, hospitals and roads have been left in disrepair.

Analysis from a forensic accountant who worked for the US military from 2010 to 2012 shows that of 3000 Defence Department contracts worth $106 billion, at least 40 per cent ended up in the pockets of warlords, drug traffickers and corrupt Afghan officials. His report was exposed in 2019 in the Washington Post.

The US chose as allies notorious militia and security officials accused of sexual assault, torture, corruption and murder, leaving ordinary Afghans disillusioned with the US-backed administration. Many of these men accused of human rights abuses still sit in parliament today.

Now the Afghan ruling class has been left in charge of an economy propped up by opium production, with efforts to eradicate it a total failure. Afghanistan produces 90 per cent of the world’s opium. But in a country where most people live below the poverty line, there are few alternatives for farmers. Opium production is the source of many livelihoods.

With the withdrawal of US troops, the Taliban has been moving to take over large swathes of Afghanistan, seizing important border crossings with Iran and Turkmenistan. They now claim to control 85 per cent of the country. As a result thousands of Afghan refugees continue to make the dangerous journey to Europe, while Afghan interpreters who worked for the allied forces make desperate pleas to be evacuated to safety.

The US and Australia are withdrawing in defeat. While Biden will continue to bomb the country from afar, ordinary Afghans have been left to suffer under the rule of an unstable, corrupt government facing ongoing civil war.

The Afghan crisis has exposed everything that is rotten about Morrison and the government’s anti-refugee policies.

US humiliated in Afghanistan as Taliban seizes Kabul

The 20-year occupation of Afghanistan has ended in a major defeat for the US and its allies.

The barbarity of Australia’s role in Afghanistan was laid bare late last year, with the release of the Brereton report into war crimes by Australia’s much-vaunted elite SAS regiment.