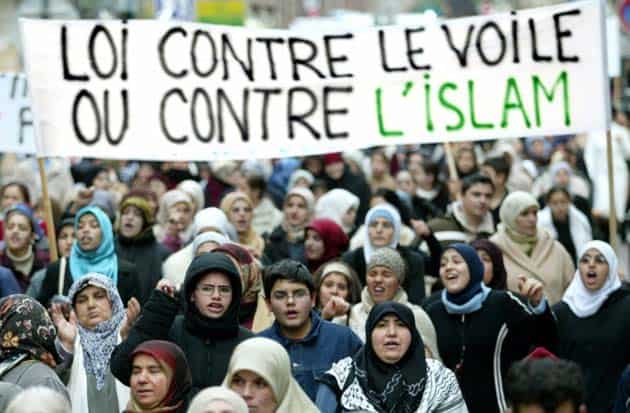 The attacks in Paris that left 17 people dead have caused shock all around the world. The actions of the three men who carried out the attacks are deplorable. But we can’t let this be an excuse to further whip up racism against Muslims.

Tony Abbott, along with racists and the right-wing everywhere, have leapt on the attacks in France to do just that.

Abbott immediately seized on the attacks as “of a piece with what we saw in Martin Place”.

But there is no comparison between Man Horan Monis, a single individual with a history of bizarre and attention grabbing actions, and the very deliberate attack in France, allegedly organised and directed by Al Qaeda on the Arabian Peninsula.

Yet Abbott was keen to make the connection, using it to beat up fear by telling people, “we can expect more of this”.

Many politicians stressed that not all Muslims were to blame for the attacks. But this has gone alongside countless declarations that Islam is a uniquely backward religion.

Fairfax’s Paul Sheehan told us that, “A de facto world war is under way and it has everything to do with Islam”, while News Limited’s Rita Panahi claimed “there is tolerance, and sometimes even support, of repellent behaviour” within the wider Muslim community.

But when Anders Breivik killed 77 people in Norway in a series of terrorist attacks in 2011 no one demanded Christians disassociate themselves from the murders, despite his claims to be defending a “Christian Europe”. The US State Department reported 399 terrorist attacks by extremist Jewish settlers against Palestinians in 2013, yet the Jewish religion was not blamed.

Firebombings, gunshot attacks and the dumping of pigs heads were among 16 separate Islamophobic incidents at mosques and places of worship in France within the first 48 hours after the Charlie Hebdo killings.

Sellouma, from France’s New Anti-Capitalist Party, said, “There’s a real sense of fear among Muslims, and anyone who might be taken for a Muslim. Muslims are being put on the spot to disassociate themselves from the attacks or be lumped in with the terrorists.”

Abbott and other world leaders say the killings in France are an attack on freedom of speech.

But the context for the attacks is the wave of anti-Muslim racism worldwide, including in Europe, and over ten years of daily Western bombing, drone attacks and wars across the Middle East. These involve mass killing on a colossal scale and have generated deep anger across the Muslim world.

France itself remains a significant imperialist power, joining the war in Afghanistan, as well as the current bombing in Iraq. It currently has thousands of troops stationed in former French colonies in Africa.

Islamophobes, racists and fascists are on the offensive across Europe. In France the Nazi National Front is leading in opinion polls on the basis of racist and Islamophobic scapegoating. It now has 2000 local councillors and a dozen city mayors across France.

In Germany the Pegida movement has taken to the streets in large numbers against Muslims and immigrants.

Charlie Hebdo’s cartoons have been described as satirical. But nothing can excuse its history of blatantly racist anti-Muslim images, which were aimed at humiliating one of the most marginalised groups in France.

The horror of the killings should not hide the racism of the magazine. It is a disgrace that journalists, cartoonists and others are lending their support to help the magazine pump out any more racism.

The magazine fanned the flames of Islamophobia, in a country where this anti-Muslim racism is at its worst. Most French Muslims are immigrants from former French colonies like Algeria.

According to French journalist Nabila Ramdani, even today, “French-Algerian communities still live on impoverished housing estates, go to bad schools, and have few opportunities for social advancement. At best they get menial jobs, at worst they end up unemployed or in prison.”

For ten years, Muslim women have been banned from wearing the Islamic headscarf, the hijab, in government schools. Opposition to Islamophobia in France has been exceptionally weak, with many even on the far left supporting measures like the headscarf ban.

It is no wonder many Muslims feel alienated and under attack. Of course this cannot justify the killings. But it does help explain them.

We must oppose efforts to use the tragic events in France and concern about freedom of speech to stir up more war-mongering, racism and Islamophobia.